Arsenal Vs Liverpool, Live Streaming: When And Where To Watch Crucial English Premier League Match 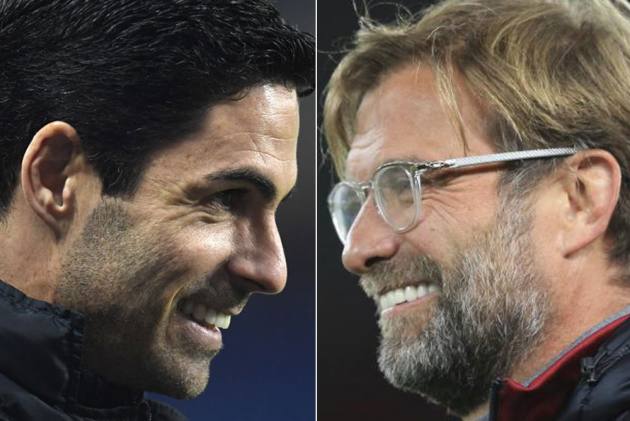 In a blockbuster Premier League (EPL) match, Arsenal and Liverpool face-off for the 233rd time in all competitions as English heavyweights fight to save their respective domestic seasons. Both the teams still have time to jump up the table, with Liverpool sitting seventh and Arsenal ninth. (More Football News)

Liverpool, the reigning champions, have only claimed two wins from their last 20 Premier League away games at Arsenal, and Gunners' boss Mikel Arteta would relish another win to add to their haul. In fact, a win would nudge them to just a point behind Liverpool in the league standings.

But Arteta also knows that Liverpool remain one of the top two teams in England, The drastic dip in results from Jurgen Klopp's team since the turn of the year has seen the champions fall out of the top four.

For his part, Klopp has urged his side to "squeeze something out of this season" as they attempt to finish 2020-21 in strong fashion.

Meanwhile, Liverpool versus Arsenal has thrown up some scintillating games in the past, and no fixture in Premier League history has seen more goals scored than the 166 they have shared in those battles.

And. Liverpool have scored 94 times in the Premier League rivalry, the most goals the Gunners have shipped against a single opponent in the competition.