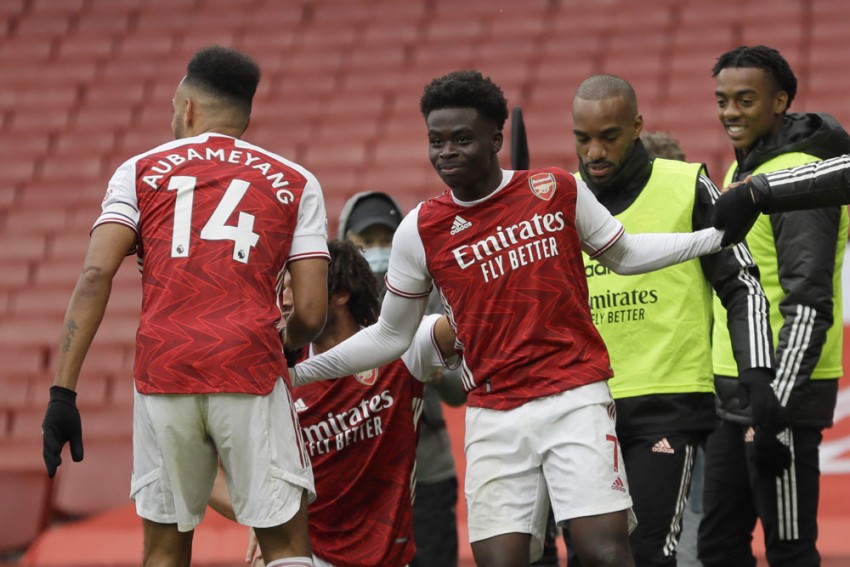 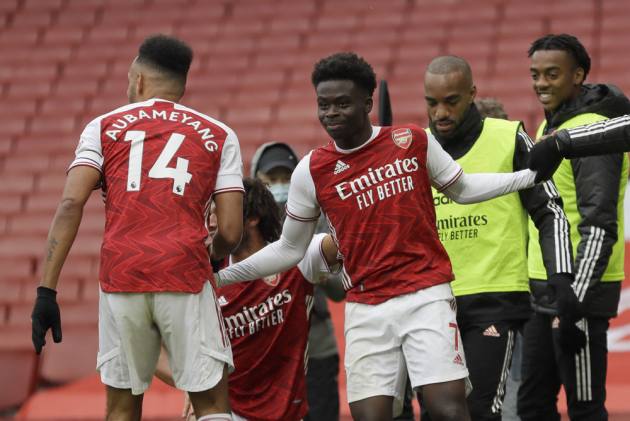 The Gunners failed to fire in a poor first half at Emirates Stadium, but two goals in the space of three minutes from Saka and substitute Nicolas Pepe secured their third top-flight win out of four in 2020-21.

Mikel Arteta's decision to leave out in-form striker Alexandre Lacazette was in danger of backfiring before Saka and Pepe rocked the Blades, who might feel aggrieved David Luiz was not sent off early on.

David McGoldrick gave Chris Wilder's side hope with their first Premier League goal of the season seven minutes from time, but Arsenal held on.

The Blades have lost all four Premier League matches and will need Rhian Brewster, who was not signed in time to play in north London, to hit the ground running after the international break.

David Luiz was fortunate to get away with a tug on Oliver Burke's shirt as he tried to race away following a mistake from the Arsenal defender early on.

The Gunners did not pose a threat until Aaron Ramsdale made amends for a poor clearance by tipping over Pierre-Emerick Aubameyang's long-range strike eight minutes before half-time.

Aubameyang was able to continue after going down following a sliding tackle from Sander Berge, who was shown a yellow card, and Ramsdale comfortably saved the Arsenal captain's acrobatic effort late in a lacklustre first half.

An unmarked Aubameyang was a whisker away from getting on the end of Dani Ceballos' clever first-time pass as Arteta's side tried to raise the tempo.

Arsenal finally produced the quality they had been lacking to take the lead just after the hour mark, Saka finishing off a slick passing move by nodding Hector Bellerin's cross from the right into the top corner at the back post.

Pepe added a second just six minutes after coming on, cutting in from the right after playing a one-two with Bellerin and clinically picking his spot in the far corner with his left foot.

McGoldrick curled home from 20 yards out to set up a tense finale and the striker flashed a shot wide in the closing stages with Ramsdale also sent up, but Arsenal were not to be denied all three points.