Chris Woakes starred with the ball with figures of 3/20 as England bowled Australia for 223 in the 2019 Cricket World Cup semifinal on Thursday at Edgbaston. 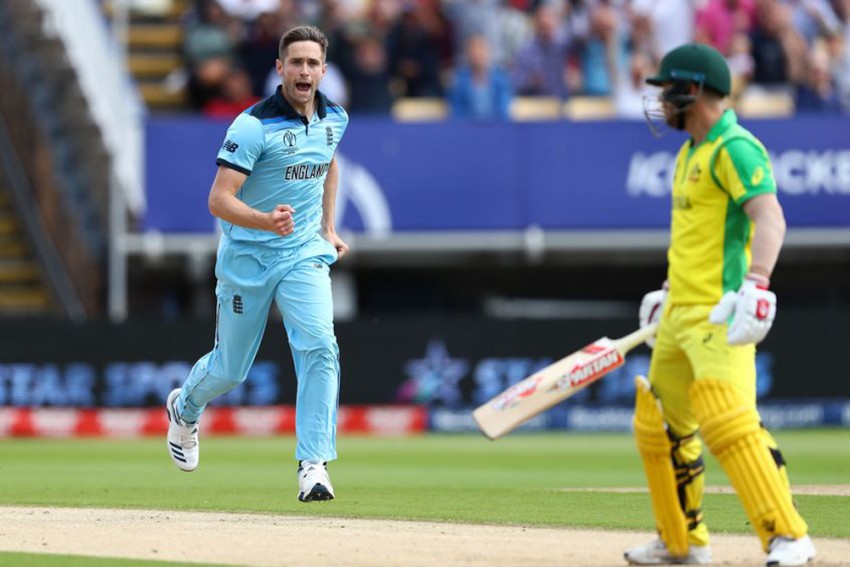 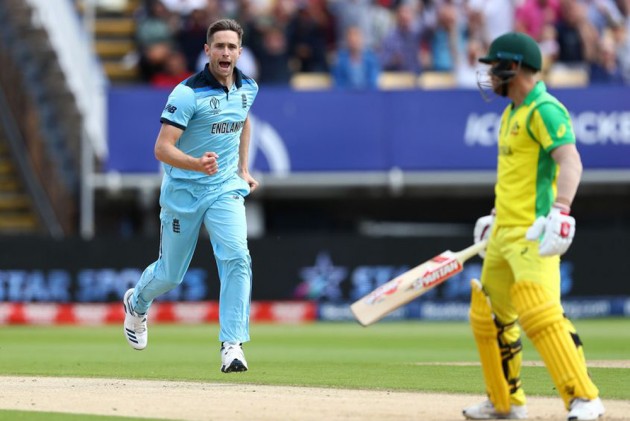 Chris Woakes said it best. Semi-finals are supposed to be nervy. England’s eight-wicket win over Australia was anything but. With the exception of a cover drive for four by David Warner from Woakes’ first ball of the match, England controlled this game, with the Warwickshire quick taking 3/20 on his way to Player of the Match honours on his home ground at Edgbaston.

It was as comprehensive as they come, seeing off the defending champions and an Australia side that has never previously lost an ICC Men’s Cricket semi-final. Woakes, along with Jofra Archer, set the tone, reducing Australia to 14/3, and while Steve Smith’s 85 gave Australia something to bowl at, their 223 all out proved to be well short of what was required against a host nation who appear to have hit top form at the perfect moment ahead of Sunday’s final against New Zealand at Lord’s.

Woakes said: “The semi-finals are usually nervy aren’t they and tend to be tight. To win the way we did and by the margin and in that fashion was special from the whole team.

“We’ve built momentum nicely and we know that’s how we can play. To do that in such a big game in a semi-final against Australia adds a little bit to it as well. It’s incredible.

“A few games ago when we were under the pressure to qualify, we probably didn’t even think this was possible. So to do what we’ve done and to put in this performance, myself as well, we’re delighted.

“The first ball I’d like to have had back but other than that I felt I hit my straps and bowled the right lengths on that wicket apart from the first ball.

“We’ve got a great opportunity. We turn up on Sunday, it’s a new day against a completely new team who are full of confidence after beating a great India side so we know we have to be on the money, but we have that opportunity which is a great thing.”

Chasing 224 for victory, England batted in the only way they know how, aggressively.

Jason Roy hammered 85, including a fourth successive century stand to open the innings with Jonny Bairstow, before Joe Root and Eoin Morgan saw the team home.

And Woakes was quick to pay tribute to his captain and particularly the way the left-hander has built the team in his image on the pitch, while remaining a calm presence in the changing room.

He explained: “Morgs is cool as ice with everything he does. Regardless of the situation, he’s great to have as a captain because he keeps everything simple and doesn’t change his emotions too much. In the heat of the battle it’s what you need as a bowler sometimes to keep your mind clear and execute your plans.

“He has led from the front in the way the batsmen play in this team. They take the attack to the bowlers, they never sit off and the guys have shown that over the last three or four years. He’s led that, he’s decided from that moment that this is how the team should play, we have got the players who can execute those skills and that is how we play our best cricket, when we don’t back off.”