Somebody Had To Confront The CJI For Blatantly Misusing His Powers, Says SC Lawyer Prashant Bhushan On SC Judges Press Conference

"It is certainly a very serious development which has cast a huge shadow on the chief justice," Bhushan added.

2018-01-12T15:38:55+05:30 Somebody Had To Confront The CJI For Blatantly Misusing His Powers, Says SC Lawyer Prashant Bhushan On SC Judges Press Conference 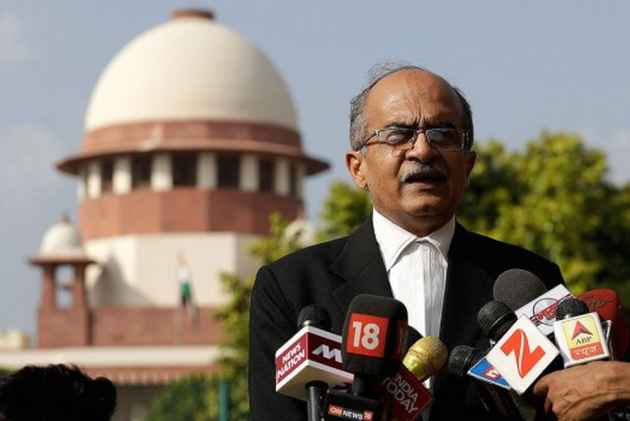 Supreme Court lawyer Prashant Bhushan said on Friday that Chief Justice of India Dipak Mishra was "misusing his powers" after four sitting Supreme Court judges held a press conference - a first of its kind in India - in this regard.

"Somebody had to confront the situation, where the CJ(I) is blatantly misusing his powers, hence the unprecedented step," Prashant told ANI.

"It is certainly a very serious development which has cast a huge shadow on the chief justice," Bhushan added.

"Truly unprecedented! Kudos to 4 seniormost judges of SC who addressed a Press Conf today to apprise the people about the extraordinary abuse of 'master of roster' powers by CJI in selectively assigning politically sensitive cases to hand picked junior judges for desired outcome," he tweeted.

Earlier in the day, Supreme Court judges Justices J Chelameswar, Madan B Lokur, Ranjan Gogoi and Kurian Joseph, in a media briefing here, said they have discharged a debt to the nation by issuing an appeal to the nation to save the institution (Supreme Court).

They made a reference to a letter that they had written to the CJI in which they highlighted the corrosion and compromise taking place within the institution of the judiciary and especially within the portals of the Supreme Court.

"We owe a responsibility to the institution and the nation. Our efforts have failed in convincing the CJI to take steps to protect the institution," Justice Chelameswar said while addressing the media on the lawns of his official residence here. (ANI)