The street food of Odisha has a distinct appeal. Some of them may have common counterparts in other states, but their distinct flavour and preparation makes them unique to Odisha. 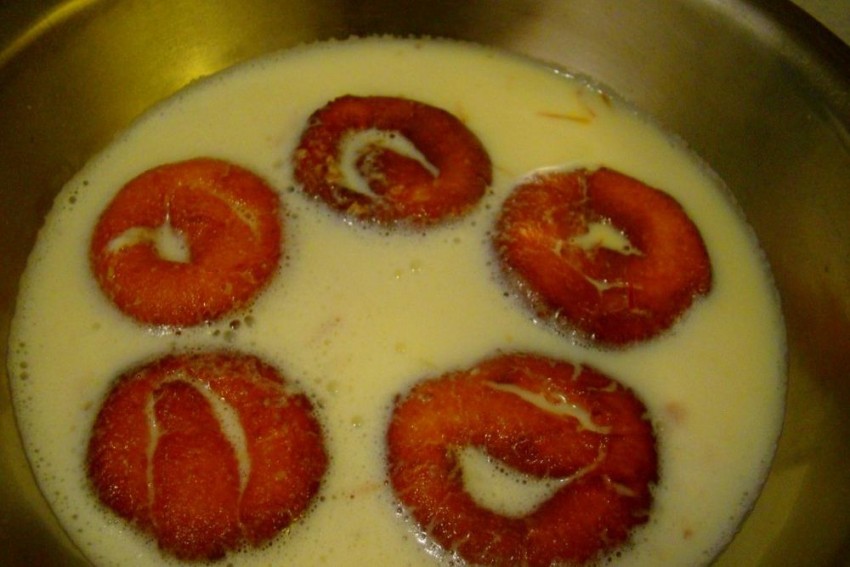 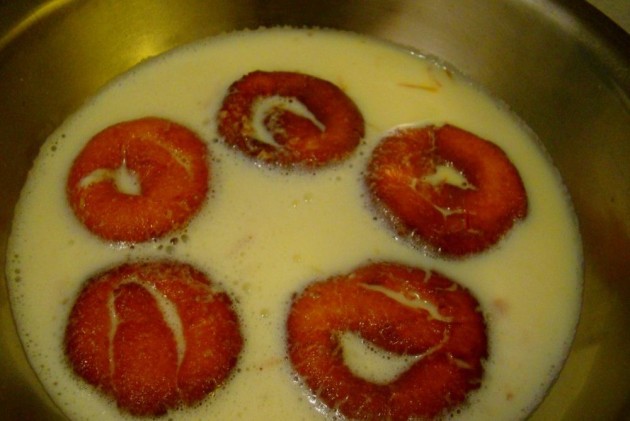 Odisha’s delicacies have an inviting appeal in their taste. The state has always been a fertile ground for many ethnic dishes that have served as the base for several other delicacies across India. Ranging from the traditional temple foods offered as ‘bhog’ to Lord Jagannath, Odisha offers a plethora of mouth-watering dishes.

The street food of Odisha has a distinct appeal. Some of them may have common counterparts in other states, but their distinct flavour and preparation makes them unique to Odisha.

The dahibara of Cuttack, traditionally a pan-Indian item, has a different taste and appeal for the way it is garnished. Dipped in buttermilk and sprinkled with spicy herbs and served with chutneys and aloo dum, this dish is a favourite of food lovers from all across Odisha.

Aloo dum, a potato-based dish, is prepared with blending of several spices and herbs. Aloo dum along with dahibara is served during several exhibitions held in the open grounds and at local festivals such as the Bali Yatra. 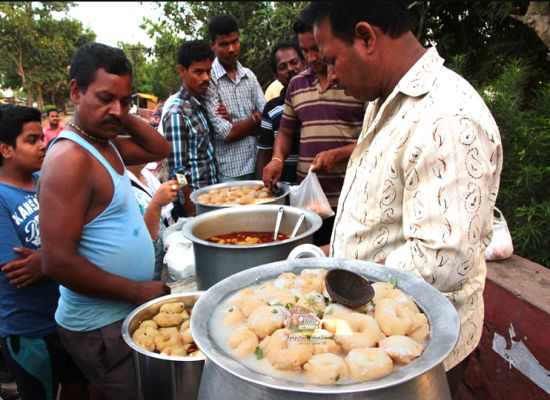 Raghu’s stall, an old outlet located in Cuttack, symbolizes brand Dahibara –Aloo dum of Cuttack which to my knowledge has catered to the palette of three generations, my grandparents, parents and myself.
“Dishes like the dahibara are found all over India, but savouring them with aloo dum is what is special about Cuttack. This is a rare combination of the Cuttakiya dahibaras,’’ Usha Rani Tripathy, who has authored books on Odia cuisine, told Outlook.

Next to dahibaras, several delectable dishes such as piyaji, gulgula, bara, aloo chop, mangso chop, etc, are among the available street food in Odisha.

Piyaji, yet another salty snack, is very popular among the Odias, who prefer to consume it with hot tea. A light concoction of onions, ginger, curry leaves and chilli are mashed together with channa dal powder. The paste is then deep fried and served hot. It acts as a great accompaniment with beverages, especially alcohol.

Bara, another popular item, is differently prepared from its Southern version, the vada. The bara tastes exquisite when dipped in chutneys that are garnished with different herbs and spices.

Aloo Mudhi, also known as jhalmudi,is a lip-smacking snack popular in the eastern parts of Odisha. College students are often spotted, mostly in the evenings, hanging out together and holding large heaps of jhalmudi. It is made out of puffed rice, which is commonly referred to as ‘murmure’, combined with different herbs to elevate the taste.  It carries a distinct taste of mustard oil that gives it a sharp tangy flavour, enhanced with onions sprinkled over it.

Fish pakodas are often seen served by the thelawallas (cart pullers), accompanied with chutneys of different flavors. Prawn pakodas with a tinge of garlic, onion, chillies and garam masala are relished by foodies.

Coming to some heavier dishes that require extensive efforts for preparation, are the chakuli pitha, which cannot be ignored as it is an important household diet in every Odia home.

Chakuli pitha, an ethnic Odia dish, is a popular item consumed by every Odia. It is an imperative part of the Odia identity. Savoured on a daily basis, this salty item is preferred during certain festivals.  It is best served with mutton/chicken curry. One small bite of chakuli laced with gravy is a delight for food lovers. For those who prefer vegetarian, chicken is substituted by daalma, a regular staple diet of the Odias. 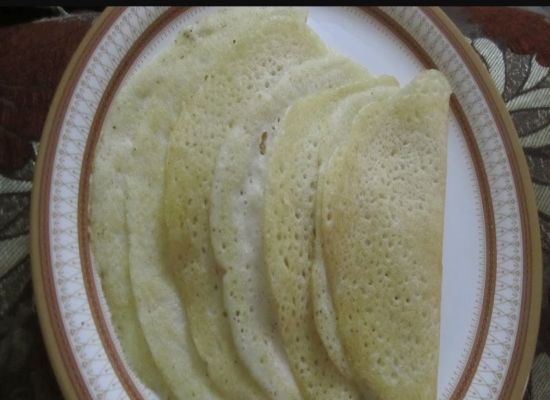 The process of preparing the chakuli takes two days. Rice grains and lentils are soaked in water overnight, and then ground into a paste.  The flat pancakes made from the batter are similar to the dosas,a staple diet in most parts of Southern India.

Ghuguni is relished by Odias as an evening snack. The dish is bountifully consumed in restaurants, dhabas and even sold on streets. Bara is savored as a complementary dish along with ghuguni.

For ghuguni, the dried peas are soaked in water for some hours before being boiled. Several spices are used while cooking the dish. Once done, the final product is garnished with raw onions to elevate the taste and fragrance. Some lemon juice is squeezed, and a sprinkling of namkeen is the final garnish. 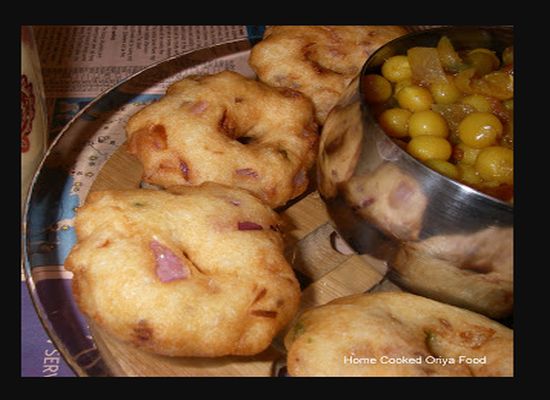 While the salty snacks of Odisha are a huge draw, the sweet dishes are also much in demand. For instance, the khaja dish of Puri is found almost everywhere near the main temple.  The dish is often served as the ‘prasad’ to Lord Jagannath. The sweet dish, made of refined wheat flour dough, is laced with sugar syrup. The dough is rolled into long ovular shapes, fried and dunked in sugar syrup – making for a crunchy sweet snack.
‘’Khaja and pheni are exquisite delicacies that are served widely as prasadams in the Puri temple. They are even served at the Jagannath temples in Delhi,” Padmini Pati, an Odia based in Delhi, said.
The steamed cake, called ‘chhennapoda’, is another favourite sweet dish. It is essentially made out of homemade cottage cheese, mixed with sugar and ghee, and is native to the eastern part of Odisha. It has a striking resemblance to the generic cakes, but varies in texture. 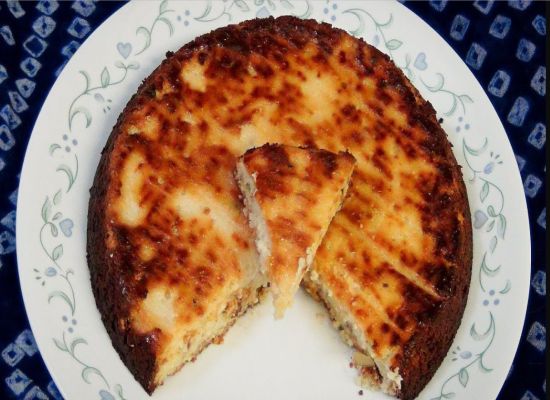 ‘Chhenna’ or cottage cheese is an item that goes very well with other sweets. For instance, chhenna along with rabdi is served by the cart pullers. A frequent sight to look for, the cart pullers, or the thelawallas carry large cauldrons, with the sweet cheese in one, and the rabdi in another one.

Malpua, bundia and jhilli are also some popular street foods.

The sellers sometimes secretly keep some cannabis with them, which is believed to be dear to Lord Shiva. The adventurous people often consume cannabis along with these sweet dishes, which bolsters the mood.

Several small districts of Odisha have their own sets of delicacies to serve, such as mudhi mangso of Baripada, achaar and papad of Berhampur, and rasabali of Kendrapada, which serve as delicacies in restaurants and also as street food in the nooks and corner of these districts.

In mudhi mangso,mudhi or puffed rice is relished with chicken curry, served on leaf plates. 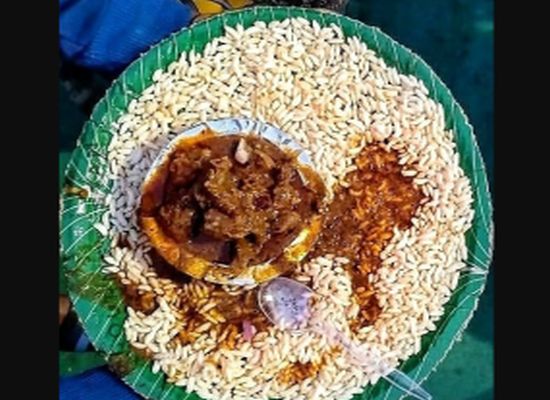 Rasabali, made from chhenna, is popular among sweet lovers. Somewhat like gulab jamuns, the flat-shaped sweets are first fried and then dipped in thickened and sweetened milk. The taste ignites the mood of the people.

Lately, kebabs and momos have also made inroads and are seen plentifully served in several places of Bhubaneswar.