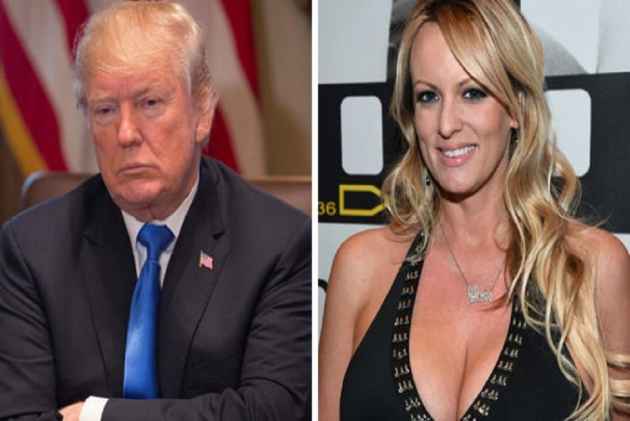 After Trump's long-time personal lawyer admitted paying $130,000 to Stormy Daniels shortly before the 2016 election, the actress's manager suggested a non-disclosure agreement had been broken.

The attorney, Michael Cohen, said that he was not reimbursed for the payment to the actress, whose real name is Stephanie Clifford and goes by Stormy Daniels, the Times said.

Cohen told the newspaper the payment was legal, and he declined to give details such as why he made it.

"Neither the Trump Organisation nor the Trump campaign was a party to the transaction with Clifford, and neither reimbursed me for the payment, either directly or indirectly," Cohen said, according to the Times.

"The payment to Clifford was lawful, and was not a campaign contribution or a campaign expenditure by anyone."

US media reports have said the payment was made one month before the November 2016 election to keep the liaison quiet.

Trump was a private citizen when the 2006 sexual encounter with Clifford allegedly took place.

Trump was married at the time and his wife, Melania, had given birth to their son less than four months earlier.

The payment was first reported last month by the Wall Street Journal.

Trump, through his lawyers, and Clifford, 38, have both denied anything ever went on between them.

But In Touch magazine published a 2011 interview with Daniels last month in which she expounds at length and in detail on their relationship and what she described as their "textbook generic" sex.