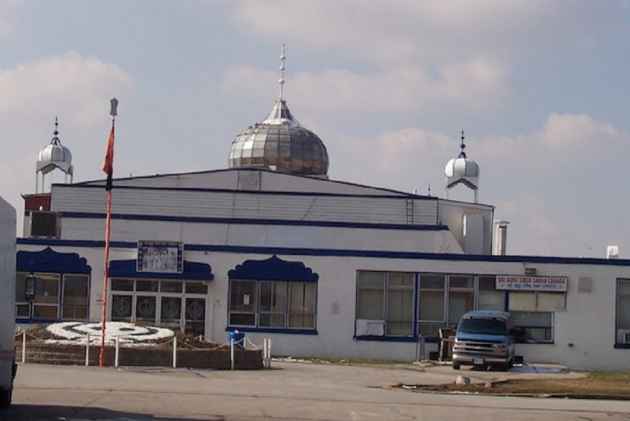 In Canada's Ontario province, 14 gurdwara management committees have banned the entry of Indian officials to gurdwaras controlled by the former. The ban was officially imposed using a local trespassing law on December 20. However, there will be no ban on a personal visit to any of these gurudwaras. The Indian officials can visit as devotees, reported The Indian Express.

The press note released by the gurdwara management committees read :“Pursuant to the Trespass to Property Act (1990), the management of these gurdwaras reserves the right to bar entry to officials of the Indian Government, including but not limited to Indian elected officials, Indian consular officials and members of organisations who seek to undermine the Sikh nation and Sikh institutions.”

This move is seen as a major setback to the attempts made by the Indian High Commission in Canada to improve relations with the Sikh community which was affected due to the Operation Bluestar 1984. During the operation in the first week of June 1984, then prime minister Indira Gandhi had directed the Indian military to storm into the premises of the Golden Temple in Amritsar to drive out the Sikh extremist religious leader, Jarnail Singh Bhindranwale and his armed followers.

Last year, a gurudwara committee had cancelled the booking by Indian Consulate in Canada of a Vancouver gurdwara for Akhand Path, and some pro-Khalistan groups claimed credit.

Attenuated over the years, Sikh separatism is given a fillip for cheap political gains even by the Canadian Prime Minister Justine Trudeau.

Further frustrating to India is that these occurrences evolved even after months of groundwork to pacify a section of Canada’s pro-Khalistani elements. India initiated a menu of measures: Pruning of a blacklist, giving visas to some who were earlier on a prohibited list or had arrived in Canada as refugees, back-channel talks with some Canadian Khalistanis, while diplomats made forays into gurdwaras once considered bastions of separatism.

Cultivating the vociferous bri­gade also comes at a time when the Khalistan movement in Canada appeared to be heading towards a natural demise. Support for separatists has dwindled. For instance, at the Toronto Khalsa Day, there were fewer than two dozen of that ilk, though they made their presence prominent.

The Canadian position on Khalistanis has been consistent. During a conference call with media in Canada during his India visit, Canadian Minister of National Defence Harjit Sajjan asserted that “if there was any evidence, any type of intelligence, our security forces would be looking at this immediately”, juxtaposing it with another oft-cited position--”Canadians have the right to express (viewpoints), it’s called freedom of speech.”

That position has eerie echoes of how Canadian officials dealt with Khalistanis in the mid-1980s. In his memoir Journey After Midnight: India, Canada and the Road Beyond, published last summer, Ujjal Dosanjh, former premier of British Columbia, writes: “The silence of Canadian politicians was pure platinum for the radical fanatics in securing the silence of those who disagreed.” That attitude led to the bombing of Air India Flight 182, the Kanishka, which claimed 329 lives. The 32nd anniversary of that terrorist incident is just over a month away. While the spectre of terrorist violence emanating from Canada has diminished, Khalistani sentiments are still fuelled by indulgent politics.

It was perhaps a portent of how the year would unfold when the only person jailed in Canada over the Kanishka bombing, Inderjit Singh Reyat, convicted on perjury charges, was released this February and returned to his family’s residence in British Columbia.