An Outlook issue in August last year had brought to light how as a profession chartered accountants were facing their worst crisis of credibility with allegations of money laundering staining their white collars forever. 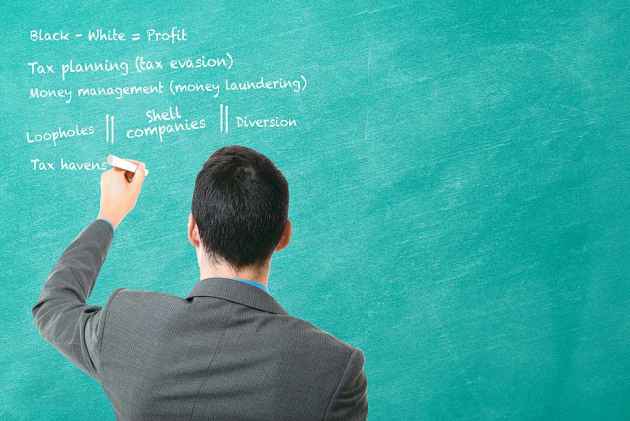 Taking a serious note of unchecked auditing bodies adversely affecting the country’s economy, the Supreme Court  has said that the Centre may consider setting up of a three-member experts committee to look into the issue of regulating the multinational accounting firms (MAFs) operating in India.

The apex court observed that absence of "revisiting and restructuring oversight mechanism" to regulate such accountancy firms might have adverse impact on the existing chartered accountancy profession and unchecked auditing bodies could also adversely affect the economy of the country.

An Outlook issue in August last year had brought to light how as a profession chartered accountants were facing their worst crisis of credibility with allegations of money laundering staining their white collars forever. One of the articles in this package by S. Gurumurthy had particularly looked at how foreign firms had shattered the ethical legacy that drove the professional standards of Indian CAs.

READ ALSO: How They Make The Ledger Lie

On Friday, a bench comprising Justices A K Goel and U U Lalit said the Centre could consider steps for effective enforcement of the provisions of the Foreign Direct Investment (FDI) policy and the Foreign Exchange Management Act (FEMA) regulations.

"Absence of revisiting and restructuring oversight mechanism as discussed above (in the judgement) may have adverse effect on the existing chartered accountancy profession as a whole on the one hand, and unchecked auditing bodies can adversely affect the economy of the country on the other," the bench said in a 75-page judgement.

The court's order came on two petitions, including the one filed by NGO Centre for Public Interest Litigation (CPIL), which had alleged that foreign accountancy firms were practising in India in violation of law.

The NGO had also sought a probe against foreign accountancy firms operating in India for allegedly indulging in financial irregularities and fudging of accounts.

It noted that as per reports of the study group and expert group, enforcement mechanism was not adequate and effective and these aspects were required to be looked into by the experts in the government.

"The Union of India may constitute a three member committee of experts to look into the question whether and to what extent the statutory framework to enforce the letter and spirit of sections 25 and 29 of the CA (Chartered Accountants) Act and the statutory code of conduct for the CAs requires revisit so as to appropriately discipline and regulate MAFs," the bench said.

It referred to two laws of the USA in this regard and said that the committee may also consider the need for an appropriate legislation or any other appropriate mechanism for oversight of profession of the auditors.

"The question whether on account of conflict of interest of auditors with consultants, the auditors’ profession may need an exclusive oversight body may be examined. The committee may examine the study group and the expert group reports referred to (in the judgement), apart from any other material," it said.

It also said that the Institute of Chartered Accountants of India (ICAI) might further examine all the related issues at appropriate level within three months and take steps as considered necessary.

READ ALSO: ‘Not Enough Evidence To Nail CAs For Money-Laundering’

The bench observed that it appreciated that it was for the policy makers to take a call on the issue of "extent to which globalisation" could be allowed in a particular field and the conditions, subject to which the same can be allowed.

"In the present context, having regard to the statutory framework under the CA Act, current FDI Policy and the RBI circulars, it may prima facie appear that there is violation of statutory provisions and policy framework effective enforcement of which has to be ensured," it said.