The EC decision is a setback to Dinakaran who hopes to get elected as an MLA and make a more legitimate claim to the Chief Minister’s chair later. 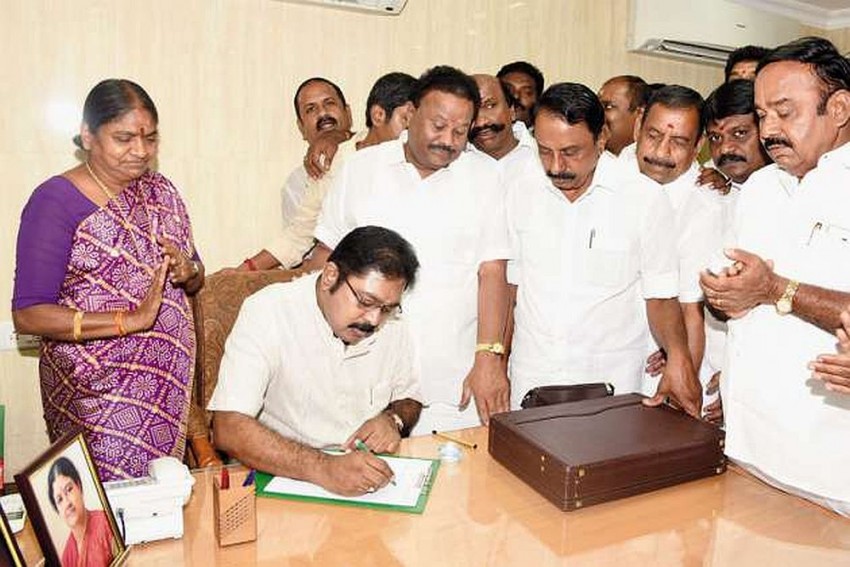 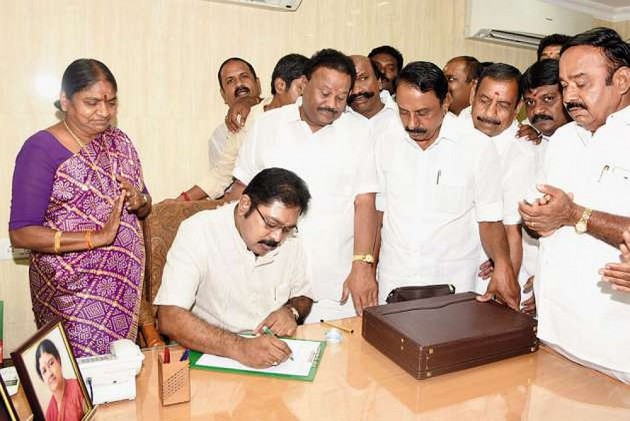 Election commission’s decision to freeze AIADMK’s Two Leaves symbol and allot new names and symbols to the two factions will not  affect Sasikala faction’s chances of winning the bypolls, said TTV Dinakaran, the nephew of Sasikala and deputy general of his aunt’s faction fighting the O Pannerselvam faction and DMK.

In an interview to NDTV, Dinakaran said the Hat symbol attributed to the Sasikala faction, which will be called AIADMK Amma from now, is also MGR's popular symbol and would lead them to victory.

The EC decision is a setback to Dinakaran who hopes to get elected as an MLA and make a more legitimate claim to the Chief Minister’s chair later.

Faced with an anti-Sasikala mood, he was hoping to ride the familiarity and the popularity of the symbol, which has an emotional connect with the voters having been introduced by AIADMK founder MGR way back in 1972 for a bypoll to the Dindigul Lok Sabha seat, which had marked the beginning of the party’s victory roll.

Read Also: The Man Who Could Be King

In his interview to the website, Dinakaran seems hopeful of claiming the two-leaves symbol, saying that for now, the EC's blocking of the symbol doesn't act as a setback to Sasikala and her faction, confident that they will ''fulfill Jayalalithaa's dream and win the RK Nagar by poll.

Dinakaran said he has no aspirations to be the CM even if 'ministers demand my evaluation.'

He has also said that Sasikala's presence in prison at the moment is not a setback. Calling it a 'vendetta', Dinakaran said in the interview, " Not all in jail are culprits. Not all outside are innocent."

Sasikala, Jayalalithaa's former aide and confidante is currently in prison, convicted on the disproportionate assets case in which Jayalalithaa was also involved. However, the case stands abated against her after her demise.

TTV Dinakaran was expelled by late party supremo J. Jayalalithaa in 2011 but brought back in the party by Sasikala hours before her departure to prison.

Yogi Adityanath's Decision To Suspend Twitter Handle And Switch To Another One An Attempt To Erase His Past?