Her husband Maruthappa passed away on Tuesday at around 1.35 a.m. at the Gleneagles Global hospital in Chennai. 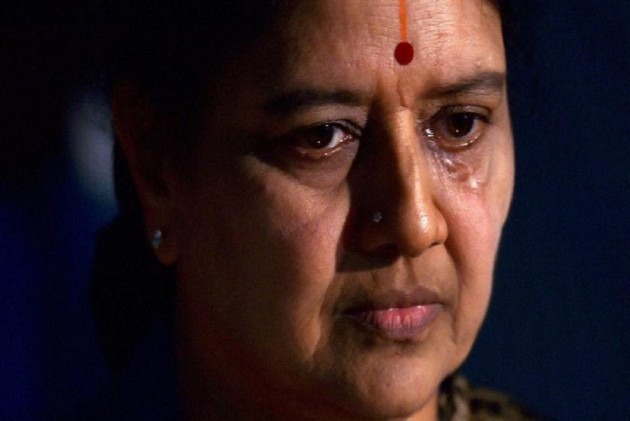 Jailed AIADMK leader V K Sasikala was granted parole for 15 days today by the prison authorities here to attend the funeral of her husband M Natarajan who passed away earlier during the day.

The 74-year old Natarajan died at a hospital in Chennai early this morning, three days after he was admitted there with a severe chest infection.

He had undergone a kidney transplant last year.

Sasikala is scheduled to leave for Thanjavur in Tamil Nadu where her husband's last rites would be performed.

"A 15-day parole has been granted (to Sasikala) with a slew of  conditions," Jail Superintendent of Parappana Agrahara Central Jail Somashekhar told PTI.

He said Sasikala is not allowed to hold public meetings or attend any political events during the period.

As part of the conditions, she would also have to remain within her jurisdiction, which is Thanjavur, and "serve only the purpose for which parole has been granted," he said.

Sasikala is serving a four-year prison term in the Rs  66.6-crore disproportionate assets case at the Parappana  Agrahara jail here.