Shashi Tharoor's #ProudToBeMalayali Is Trending On Social Media, Here Is Why

The Congress MP began the campaign after Arnab Goswami purportedly called the people of Kerala the "most shameless bunch of Indians I have ever seen" in a video clip that went viral on social media. 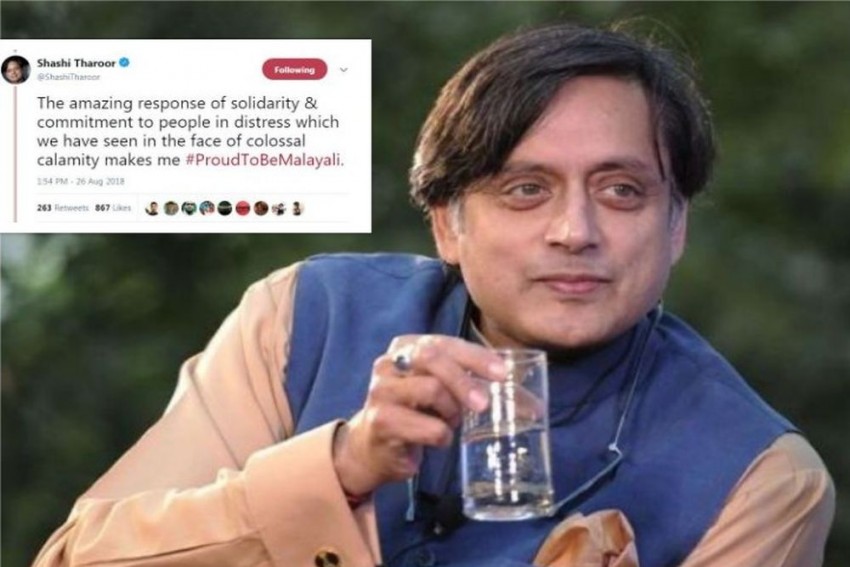 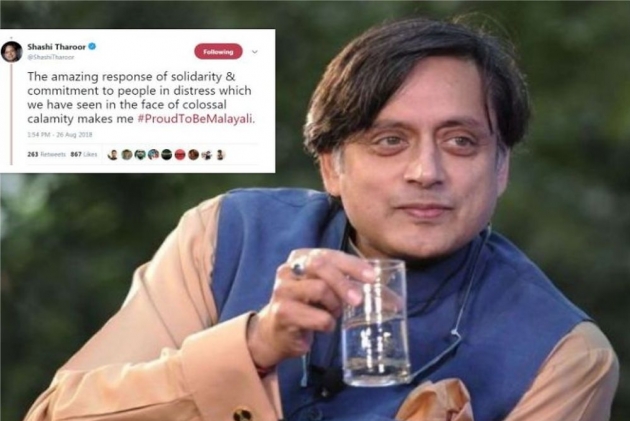 Goswami was lambasted on social media after a 30-second video clip of him purportedly calling "a group" the "most shameless bunch of Indians I have ever seen" went viral on social media.

Defending the people of Kerala, Tharoor tweeted: "Given the disgraceful attacks on Malayalis in general by some petty minds, it’s time for us to stand up for ourselves. Let’s evoke the reasons why we are #ProudToBeMalayali."

Given the disgraceful attacks on Malayalis in general by some petty minds, it’s time for us to stand up for ourselves. Let’s evoke the reasons why we are #ProudToBeMalayali.

"The amazing response of solidarity and commitment to people in distress which we have seen in the face of colossal calamity makes me #ProudToBeMalayali," he added.

No State in India seems to have been loved so much, in so many ways, by so many people, as Kerala has been in the past few days by the people of India..#ProudToBeMalayali

Following the trend, Twitterati too took to social media and shared their reasons for being a proud Malayali.

I am #ProudToBeMalayali because I am fortunate to born to a malayali parent who taught me & my sister to take pride of being Indian first. We both Born as daughters of #India & will die as Indian only ðÂÂÂÂÂÂ®ðÂÂÂÂÂÂ³

I love my Kerala for its diversity and unity at the same.. Though we fight for the silliest of the reason we are bunch of strong hearts when in need #ProudToBeMalayali

Don’t you understand that being #ProudToBeMalayali also means being proud to an Indian. Doesn’t the ideology you follow accepts #Malayali as part of India? Our culture is ‘Unity in Diversity’ and each and every culture in India represents IndiaðÂÂÂÂÂÂÂÂÂðÂÂÂÂÂÂ»