In response to Vinod Mehta's latest Diary, we were inundated with requests from readers who had missed out on his Letter from India broadcast on BBC on June 5 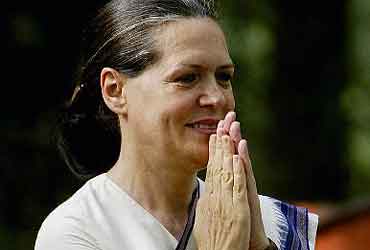 Please note that this is the original text, and therefore "sympathy wave" and "encash" etc. appear as originally written.

The night the Sonia Gandhi abdication drama was being played out live on TV, I went to an upmarket cocktail party where naturally there was just one subject for the chattering classes. A friend clearly enjoying himself gazed longingly at a waiter holding a tray of assorted alcohol. He asked his disapproving wife: "Should I have another drink?" "Ask your inner voice," she replied.

In the past fortnight, jokes, both good, bad and very bad, about the inner voice have dominated private and public discussion. As the entire world knows by now, Sonia Gandhi's "inner voice" told her to perform a stunning act of renunciation - it asked her to refuse the prime minister's job. This act released passions and emotions the like of which I have not seen in two decades.

Indians are not renowned for humour. We tend to be longwinded and full of self-importance. Indian politicians, especially, are so pompous that they can't even make jokes about their rivals. When an Indian politician tells a joke you can be sure it will be awful, unfunny and third-hand.

Sonia Gandhi's acceptance and refusal of the crown has at the very least added to the gaiety of Indian public and social life. Literally and metaphorically, Italy is very much the flavour of the month. I hear more people saying "Ciao" than goodbye, society hostesses are throwing pasta parties and kissing on both cheeks instead of our traditional folded hands namaste has become socially mandatory.

It would seem as if much of the Indian media is camped in Orbassano, the town 7 miles from Turin where Sonia Maino was born. The trouble is no one there seems to remember her and her lower middle-class family. My magazine, after much investigation located one gentleman who used to take Sonia dancing on Saturday nights. But even he couldn't come up with anything better than - "the nicest girl in Orbassano".

It has been extraordinary few weeks in India where high and low drama, occasionally bordering on farce has been played out at prime time. Bollywood is frantically busy. At last count at least three producers were feverishly working on a film based on the Sonia renunciation drama. One of them told me: "I couldn't have scripted it better."

India is just about coming to terms with Sonia Gandhi's famous "no". However, the heated debate about the highest job in the country going to a person of foreign origin has not abated. If anything, it has intensified. A letter to editor in my magazine noted: "Isn't it ironic that a nation known as the outsourcing hub came close to outsourcing the top job in the country?" 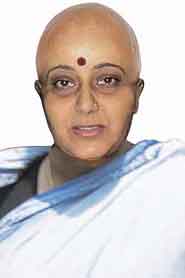 Recently, in a Delhi television studio I was invited with two other guests to discuss what is being called the Sonia "masterstroke". We had a ferocious shouting match, much to the delight of the TV anchor. Tempers rose, especially over the threat by a BJP female Member of Parliament who announced she would resign her seat, shave herself bald, wear only white and sleep on the floor as a protest if Sonia ever became the prime minister. Sonia-supporters were quick to denounce the protesting lady, as were India's holy men who charged that the MP had insulted Hinduism since married women - and the MP in question is happily married and a devout Hindu - are expressly forbidden from performing such dubious penance. In extremely conservative and regressive Hindu enclaves, widows did shave off their head and wore only white when their husbands passed away - a practice, I am happy to report, is now almost extinct.

At any rate, while us three panellists were engaged in partisan polemics, the invited studio audience went one better - they nearly came to blows over the Sonia question and threatened to disrupt the show.One angry man actually said to the angry person seated next to him: "I'll see you outside."

Among independent political observers, meanwhile, the conventional wisdom is that the Hindu nationalists appear to have shot themselves in the foot. They have ended up making Sonia Gandhi an infinitely more potent symbol than she was a fortnight ago. The phrase 'Saint Sonia' is bandied about quite a lot these days in the media, and not always in jest. Sonia Gandhi herself was asked if she thought she was a saint. "Certainly not," she replied, even though, I am sure, she relishes the comparison. By creating an environment which forced Sonia to make her famous gesture, her opponents may, paradoxically, further strengthen Mrs Gandhi's Congress party and unleash a sympathy wave in her favour which she can encash at her convenience. Remember, renunciation is much valued and respected in the Hindu tradition. The king, in this case queen, who voluntarily refuses the crown but promises to work for the people exercises a powerful hold over the Indian imagination. Mahatma Gandhi is a case in point.

Sensible and sober leaders in the BJP admit that they have not played their cards very intelligently over the foreign-origin question. They feel they should have allowed Sonia's coronation - and then made life miserable for her. If they could have forced her to quit after she had been sworn in as prime minister, that would have been a huge political and moral victory for them -- a victory which would inevitably have destabilised the Congress party.

Viewed in its entirety, Sonia Gandhi's "no" has to some degree cleansed the Indian political air. Politicians in this country are close to being joke figures, they are held by the overwhelming majority of voters in near contempt. In one of the papers I worked for, we conducted a survey asking people to rate politicians in terms of their value to society. Top of the list came teachers, doctors, scientists and social workers. At the bottom of the list were politicians. Even pimps and black-marketers were placed above them. Most politicians in India, because they live in hermetically sealed worlds in which reality seldom intrudes, pretend to be shocked at the low esteem in which they are held in society. They maintain that this is a media conspiracy to defame their otherwise good standing among the public.

Sonia Gandhi's gesture, whatever its reasons, has made the man and woman on the street think again about Indian politicians. Perhaps, they are not all shysters and crooks dedicated to lining their pockets, is a thought probably going through their mind right now. Suddenly, politics has gone up a notch or two in public estimation - and it has taken a person of foreign origin to help achieve that miraculous improvement. 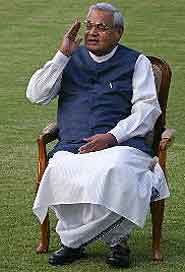 The one individual whose reputation has suffered grievously is the former prime minister Atal Behari Vajpayee. Before the elections, the 79-year-old Vajpayee was a towering figure both nationally and internationally. There was a talk of him getting the Noble Peace prize for his untiring efforts to normalise India's relations with Pakistan. He was seen as a decent, moderate man who also wrote poetry. Mind you, he was not a particularly good poet - or at least that is what literary circles privately whispered - but the fact that he had published several volumes of poetry which he readily recited in front of TV cameras was seen as a mark of refinement and intellect.

Sonia Gandhi on the other hand, the BJP claimed during the election campaign, was like a question mark.No one knew her mind. She was a novice in politics. She could not speak Hindi properly. She knew nothing of the country's history and culture. BJP advertisements proudly proclaimed that the election was a contest between their "supreme" leader Vajpayee and an imported question mark.

Well, the imported question mark has had the last laugh.Mr Vajpayee appeared completely stunned and traumatised by the shock defeat. On Tuesday, in his first statement on the results he blamed "overconfidence" and "complacency" for the upset - a not particularly insightful or candid diagnosis of the earthquake which has hit his party. Clearly, Mr Vajpayee is in no mood for extensive soul-searching.

While frenzied protests were going on to deprive a legally elected Member of Parliament from being sworn in as prime minister, Mr Vajpayee remained silent. Totally and utterly silent. His silence was seen by his partymen and women as a signal to continue with the agitation. Mr Vajpayee's friends say he actually disapproved of the street demonstrations but was in a state of shock, which is probably true. Alas, the alibi is seen as too feeble.

Mr Vajpayee has now recovered. He too has renounced the top job, in his case - the Leader of the Opposition. I understand he may now become a full-time poet and part-time politician.

Through all this excitement and drama, another good, decent and competent politician has nearly been forgotten. Sonia's replacement is Dr Manmohan Singh, India's first Sikh prime minister, a man of tested ability, much humility and unimpeachable integrity. Dr Singh's honesty, a rare thing among Indian politicians, is something even his political opponents concede and admire. The writer Khushwant Singh once donated Dr Singh Rs 1.5 lakh (which is about 3,250 US dollars) for election campaigning. Dr Singh lost that election, went to Khushwant's house and returned the money saying he did not spend it. Indian politicians take money, never return it. Dr Singh clearly is an uncommon Indian politician.

Meanwhile, friends of the Congress party and Sonia Gandhi, who still remains the president of the party, are wondering how the relationship between the prime minister and party president will fare. The Congress has been out of office for more than eight years and besides being hungry for power, the party is hungry for the goodies of office. Even if some party workers are denied ministerial berths, government patronage in India is vast and varied. However, even for a petrol filling station licence there is a clamour among the faithful. Dr Singh, unfortunately, is against the prevailing culture of favours and nepotism and there is every possibility of aggrieved Congresswallahs knocking on Sonia's door with complaints against the good doctor.

Parallel centres of power is another worry. Will Sonia Gandhi indulge in backseat driving? Will Dr Singh turn out to be a puppet? No, says Sonia. Why should she destabilise a prime minister she handpicked and placed on the chair? If Dr Singh succeeds in his new job, the credit will go to her. If he fails, she will carry the blame. Be that as it may, the Dr Singh-Sonia equation remains a question mark.

All of which is no comfort for the defeated party. If Sonia Gandhi was a problem for the BJP, Dr Manmohan Singh is a bigger problem. The new prime minister, the father of India's economic reforms which opened up the Indian economy to globalisation, is the darling of the urban middle class. This is currently the constituency the BJP holds and covets. "How do we attack such a man?" a former minister asked me last week. Life in Opposition would be so much easier for the BJP if the "nicest girl in Orbassano" was prime minister of India.

On The RAW Hunt