According to the Lyngdoh Committee, no students organisations are allowed to use printed material for election campaigning. 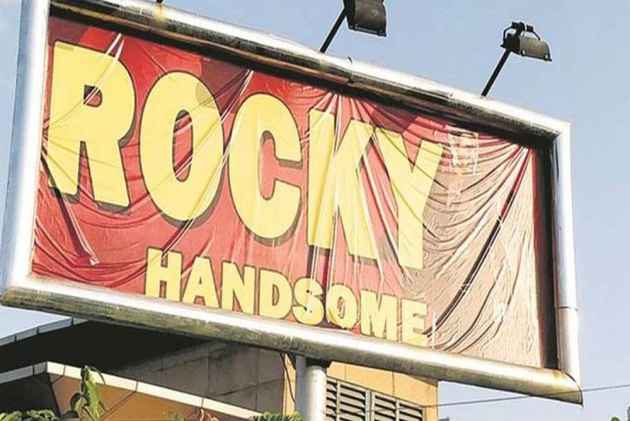 John Abraham-starrer Rocky Handsome, released in May 2016, might have failed at the box office but its giant poster installed near Vishwavidyalaya Metro station in New Delhi's North Campus is making quite a buzz these days.

The sudden appearance of the poster with only two words — Rocky Handsome — and a photo of the actor is said to be significant  given that Delhi University is holding its students’ union polls on September 12,  Rocky Tusser, a student of MA (Buddhist studies), has filed his nomination from the NSUI for the post of president, reported The Indian Express.

According to the Lyngdoh Committee, no students’ unions are allowed to use printed material for election campaigning.

“The nomination has just been filed, and before the final declaration of candidates (on September 6), the university checks all areas to see whether Lyngdoh committee recommendations are being followed. So whenever a rival organisation sees a potential candidate, they indulge in such activities (so that their nomination gets cancelled). This is just another case of it,” Mishra told the daily.

Members of the election commission said they will look into the matter.

In similar practices last year, actor Priyanka Chopra had made an appearance on hoardings in a bid to promote ABVP candidate Priyanka Chawri. Bollywood actor Arjun Kapoor’s name also appeared in one of the poster to promote NSUI’s Arjun Chaprana.