Time will tell what future generations make of his work, but as far as he was concerned, Faraz, ever the progressive, had an abiding faith in the power of the pen, a faith that we would do well to value and cherish... "meraa qalam to adaalat mere 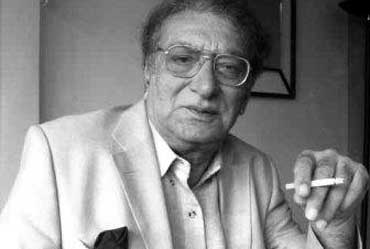 
So here then is the condition for your safety:
Lay down your paper and pen in the slaughter house
Or else, you will be the next target of the archers
Shrug off your honor and walk away from it

When I saw this proposal, I said to his emissary
He really doesn’t understand this lesson of history:
That every time the night martyrs a sun
Morning arrives with a newly carved one

- Ahmad Faraz (1931-2008), in Muhaasara (The Siege),
a poem written to protest the attempt of General Zia-ul Haq to silence writers.

If Faraz’s lines strike a familiar note, it is because his work lies firmly within the tradition of progressive poetry in Urdu. This tradition, initiated by Josh Malihabadi and Mohammad Iqbal, nurtured by Ali Sardar Jafri, Sahir Ludhianavi and Majrooh Sultanpuri, spurred by Faiz Ahmad Faiz and Kaifi Azmi, and inherited by Habib Jalib, Fehmida Riyaz, Kishwar Nahid and Ahmad Faraz, dominated the Urdu literary landscape of the 20th century. Faraz’s poetry represented a genre of progressive writing which offered a vision -- provisional, fluctuating, tentative, yet powerful -- of a utopia that was centered around the notions of egalitarianism and social justice. Shaped by the Progressive Writers’ Association, the poets of this movement sought to use art to increase social awareness about "the problems of hunger and poverty, social backwardness and political subjugation" (PWA manifesto, 1935). The Progressives fashioned a new poetic tradition, gave a special cadence to the poetry of the independence movement, wrote songs celebrating the working classes, took on several sacred cows including organized religion, and made common cause with the struggles of subalterns across the world.

Faraz’s engagement with poetry started early, and he says that he penned his first verse when he was a young schoolboy. Disappointed that his father had bought him a "kashmira" for Eid while his brother had got an elegant suit, he wrote

The boy went on to publish several volumes of poetry -- his first one while he was still a student -- and towered over the landscape of Urdu poetry as one of its most prominent poets, writing lines that established his stature in the pantheon of Urdu greats:

You lost the battle right there, my cowardly foe
When you sent your whole army to fight against just me

While Faraz is widely regarded as an inheritor of the mantle of the progressive poets, he is probably best known (in India, at least) as the writer of 'Ranjish hi sahi', possibly one of the finest examples of the Urdu ghazal written by a poet whose name wasn’t Mir or Ghalib (or perhaps in the case of "GuloN mein rang bhare, baad-e naubahaar chale", Faiz). The traditional protagonist of the ghazal, the lovely yet cruel beloved, tantalizingly and tragically just out of reach of the poet, is on splendid display here, as is the overwrought condition of the lover, who is willing to suffer through anguish, indignation, and humiliation in order to effect a meeting with the object of his desire. But what makes this ghazal special is the intricacy of its word-play, its ability to surprise, to invoke an involuntary smile, to intertwine pathos with bathos, and to induce a deep, delicious, delightful melancholia. Four decades later, it still sounds fresh and is hugely popular among audiences everywhere.

For long, I have been deprived of the pleasure of grief
Come, o comfort of my heart, to make me weep

My delusional heart still harbors some expectations of you
Come, in order to extinguish these last embers of hope

This felicity with words is evident in much of Faraz’s work, as is an economy of expression, along with an ability to wrap layers of meaning into brief lines, the hallmark of an artist who has a command over his craft

You wander the streets trying to hawk your dreams
And then have the temerity to argue with the buyer?

While Faraz’s early work was largely located in the traditional space of romantic Urdu poetry, by the 1970s he had become a full-blown progressive and a harsh critic of the state. Disillusioned and disgusted by the army’s atrocities in Bangladesh and Balochistan, Faraz wrote a poem that earned him the wrath of the establishment which labeled him a traitor and accused him of sedition for daring to suggest that his country’s armed forces were engaged in acts of brutality against their own fellow-citizens.

In direct language that held nothing back, Faraz charged the Pakistani army with murder, rape, loot and wanton destruction, of being nothing more than mercenaries:

Those whose jaws are dripping with the blood of their own
Have arrived here to scale new heights of cruelty
Having murdered Bengal, they come to Bolan
In order to cut the throats of its residents

This powerful poem ends with an indictment that is remarkable for the bluntness of its tone and the courage it exhibits:

Now the poet too owes a debt to the earth
Now, the pen writes with blood, not with ink
As your covering peels away, it becomes clear
You are merely killers for hire, not honourable soldiers

Faraz recited this poem in Islamabad in 1977, when Zulfiqar Ali Bhutto was still the head of the country. That night, at 2am, he was visited by men wearing white ("I don't know why they always come in white clothes", says Kishwar Nahid), and whisked away without being charged with any crime. His supporters had to rally public opinion in order to get him released weeks later.

This wasn’t the only occasion when Faraz raised his finger and voice against what he saw as the venal state that didn’t care for its citizen-subjects:

The rulers sought to justify the carnage they were wreaking on their own people by creating an atmosphere of fear, making an appeal to patriotism, and invoking religious edicts -- all time-tested tactics of regimes slouching towards fascism:

Once again, the wall of fear goes up, the atmosphere of uncertainty prevails
Once again, the words of liars are passed around
Slogans of patriotism are displayed like merchandise for sale
God and religion are wantonly turned into cheap commodities

Shortly after Faraz’s imprisonment, Bhutto was deposed by Zia and Pakistan reverted to military rule. Even in the climate of fear and censorship that followed the coup, Faraz would not be silenced. While reciting his poem Muhaasara at a public function in Karachi, he was interrupted, escorted out, and officially banished from the province of Sindh. No doubt, the intransigence of the following lines had something to do with it:

A period of self-imposed exile followed, as Faraz decided to stay away from his country for six years, traveling across the world, writing his poetry, and reciting his verses to a growing legion of enthusiasts, while living by his own credo:

Exile didn’t come easy. Writing about his separation from his homeland, Faraz bemoans his fate:

Today this city, tomorrow on the road to another
Alas, what a burden is this thing called exile
The journey is so endless that I, tired and defeated
Sit down wherever I find a deep, inviting shade

Times changed, and Faraz returned home to a warm welcome. Post Zia, Faraz was accorded a certain status within the Pakistani establishment, and was appointed the chairperson of the Academy of Letters, and subsequently the head of the National Book Foundation. But as General Musharraf grew into his role as dictator, Faraz’s refusal to toe the line and his intemperate comments about both the state and the army led to his dismissal from his post in 2006. He and his family were evicted from their home, and their belongings thrown out on the streets.

Undeterred, Faraz made common cause with the pro-democracy advocates, and persuaded his fellow writers to join him and others in public protests against the dismissal of the Supreme Court justices. And when matters took a turn for the worse, he returned the Hilal-i Imtiaz (Crescent of Excellence), the second-highest award given by the state to civilians and military personnel, saying: "My conscience will not forgive me if I remained a silent spectator of the sad happenings around us. The least I can do is to let the dictatorship know where it stands in the eyes of the concerned citizens whose fundamental rights have been usurped. I am doing this by returning the Hilal-i-Imtiaz forthwith and refuse to associate myself in any way with the regime."

Faraz’s death, while tragic, gives us an opportunity to review his work, allows us to think about the struggles for justice that he gave voice to, persuades us to examine the trajectory of the arc of history, reminds us of the way he bravely challenged corrupt authority and establishment, and demands that we do the same in our own contexts.

I am the kohl that is free, and yet my price is this
That the eyes of my patron remain indebted to me

We are indeed indebted to Faraz for the legacy he leaves us in the shape of his iconoclasm, and his part in the history of speaking truth to power. Time will tell what future generations make of his work, but as far as he was concerned, Faraz, ever the progressive, had an abiding faith in the power of the pen, a faith that we would do well to value and cherish as one of the cornerstones of a democratic society:

Whether I am killed or survive, I am sure of this
That someone will raze these ramparts of oppression
I swear by the life of suffering that has been our lot
That my pen’s journey will not have been in vain

Mir Ali Husain is the co-author of Anthems of Resistance: A Celebration of Progressive Urdu Poetry and the lyricist of films such as Dor and the forthcoming Aashayein.