Tomorrow if AISA and ABVP clash again, will it be termed as sedition, the court asked. 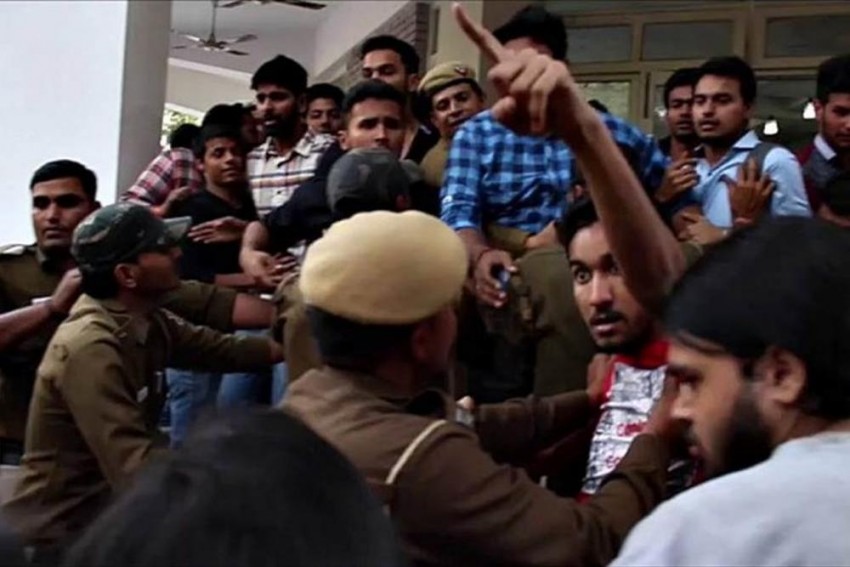 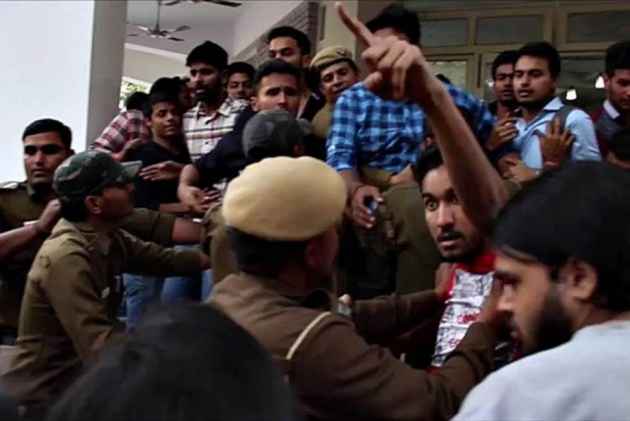 A Delhi court today said  that sedition charges cannot be pressed on the basis of an unauthenticated, unreliable video, after it was shown a footage of alleged "anti-national" sloganeering at the Ramjas College here.

Metropolitan Magistrate Abhilash Malhotra, while hearing arguments on a plea seeking FIR against those who allegedly raised anti-national slogans at the college in the Delhi University on February 21 this year, said that authenticity of the video was to be ascertained by the police.

It also said that several doctored videos were circulated which need to be authenticated.

"Tomorrow if AISA and ABVP clash again, will it be termed as sedition? There are many doctored videos circulated on Whatsapp. These have to be verified," the court observed.

The court was hearing Garg's plea seeking a separate FIR into the anti-national slogans allegedly raised by members of students groups All India Students' Association (AISA) and Students Federation of India (SFI) in February this year.

The plea, which sought registration of an FIR for alleged offences of sedition, criminal conspiracy, waging war against the State and defamation under the IPC, also demanded action against Delhi Police officials for not lodging the complaint.

The police had on August 3 submitted an action taken report in the matter and said it was examining students and teachers to identify the culprits involved in the Ramjas College clashes that broke out between the ABVP and Left- affiliated AISA early this year.

During the proceedings today, Garg argued that the police filed the action taken report on the incident after five months and has not yet begun interrogating students.

"Such incidents are spreading like wildfire. The police is trying to evade their duty," Garg said.

The court, however, granted an opportunity to the complainant to argue on the ingredients of sedition and posted the matter for hearing on September 5.

"There is an unauthenticated CD based on which you are seeking an FIR. We need to deliberate whether sedition is attracted in this matter or not. Educate me on the ingredients of sedition.

"Tell me the 'causa proxima' in this case that poses a threat to the society or the government. Argue on that point," the magistrate said.

In a nine-page action taken report, the police had said it was examining members of Akhil Bhartiya Vidyarthi Parishad (ABVP) and AISA and details of students of various colleges of the Delhi University were being sought from the Proctor.

It had said they have already lodged an FIR at Maurice Nagar police station on February 22 for the alleged offences or rioting and obstructing, causing hurt and assault to deter public servant from discharging duty.

Regarding the video footage provided by the complainant, the police had said as of now its authenticity is not clear and "apparently looks doctored", adding that the footage was being analysed and would be sent to forensic lab for scrutiny.

The complaint had alleged that "anti-national slogans/ activities were being carried out by leaders/students of AISA/ SFI in Ramjas College, shamelessly and openly which supported India's enemy Pakistan. The criminal acts of accused were also boosting the morale of terrorists against our country."

It claimed that the organisers of a seminar had misled the college administration to obtain its nod for the event and "conducted activities against the nation and tried to wage a war against the country".

On February 21, members of RSS' student wing ABVP had gathered outside the college and shouted slogans in protest against the seminar for which JNU students Umar Khalid and Shehla Rashid were invited. The ABVP members allegedly pelted stones, vandalised the venue and disrupted the seminar.

The next day violent clashes erupted between the Left and the ABVP students leaving several of them and three teachers injured.