A bench headed by Justice Ranjan Gogoi said the high court was "not justified" in quashing the proceedings against Latha, which were initiated following a trial court's order on the complaint by the advertising agency, AD-Bureau Advertising Pvt Ltd. 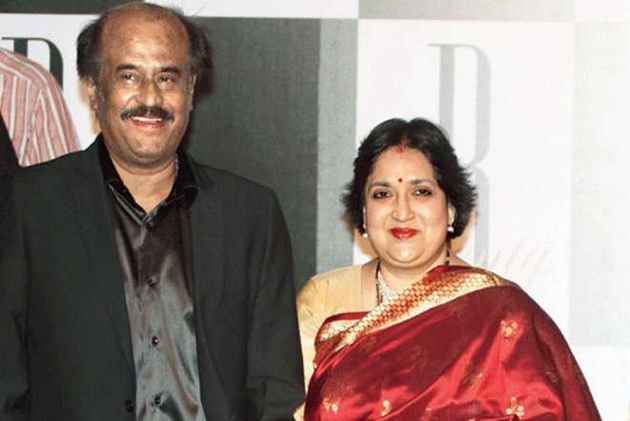 The Supreme Court on Tuesday paved the way for criminal proceedings against superstar Rajinikanth's wife Latha Rajinikanth, on a complaint by an advertising agency, by setting aside a Karnataka High Court order quashing the process.

The agency had alleged in its private complaint that they had ventured in the post-production of the 2014 film 'Kochadaiiyaan', which was produced by Mediaone Global Entertainment Ltd, on Latha's personal guarantee and had funded Rs 10 crore for it. She was a director of the production company.

A bench headed by Justice Ranjan Gogoi said the high court was "not justified" in quashing the proceedings against Latha, which were initiated following a trial court's order on the complaint by the advertising agency, AD-Bureau Advertising Pvt Ltd.

"This is a case which should have gone for trial. You (Latha) can apply for discharge at an appropriate stage," the bench, also comprising Justices R Banumathi and Navin Sinha, said.

The court's order came on a plea filed by the advertising agency against the March 10, 2016 order of the Karnataka High Court quashing the proceedings against Latha.

The advertising agency had claimed that Mediaone Global Entertainment Ltd was required to refund Rs 10 crore plus Rs 1.2 crore being the "guaranteed profit", but the amount was not refunded.

During the hearing today, Latha's counsel told the bench that they had argued before the high court about "breach of agreement" by the agency since they had agreed to pay Rs 20 crore to Mediaone Global Entertainment Ltd but later paid only Rs 10 crore.

"Just because they (agency) did not give you Rs 20 crore, will you retain whatever they had given you," the bench asked.

At the outset, the counsel for the agency told the bench that Latha had not paid the money to them as per the undertaking given by her in the apex court earlier.

To this, the bench said, "We have closed that chapter. We will now decide it on merits. You tell us what was the complaint and on what grounds the high court had quashed it".

The advertising agency's counsel read out the order of the high court and said the proceedings were quashed on the ground that the dispute was of "civil nature".

The bench, while setting aside the high court's order, told Latha's counsel that under the Code of Criminal Procedure (CrPC), there were different stages in a matter and she has the right to approach the court for appropriate remedy.

On July 3, the apex court had pulled up Latha for not complying with her undertaking given before the court to pay Rs 6.2 crore to the advertising agency.

Mediaone Global Entertainment Ltd had earlier denied liability on its part and Latha had said that the undertaking given by her counsel in the court was without instructions.

On February 20, the apex court had said if Mediaone did not pay the dues to the advertising agency AD-Bureau Advertising Pvt Ltd within three months, then Latha would have to pay the amount as per undertaking given by her.

Latha had earlier approached the high court after a trial court had referred the private complaint to the police for investigation.