In its judgement on Rafale Deal, the SC has completely overlooked an important aspect: Transfer of Technology (ToT) and indigenous licensed production in India. 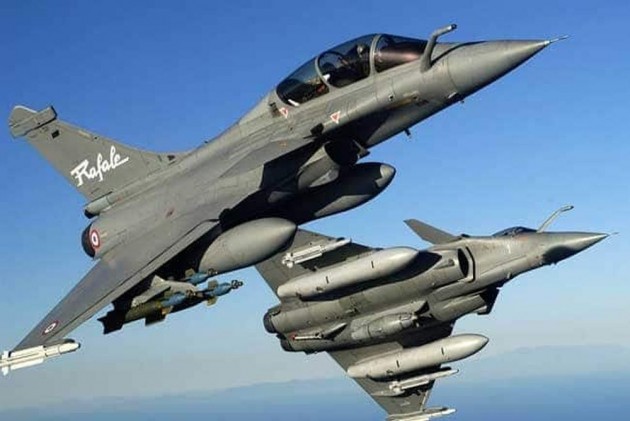 A quick reading of the much-awaited judgment on the Rafale deal on the small font of a mobile phone was one of petrifying shock and complete disbelief, verging on the surreal. With due respect to the Hon’ble Bench, one wonders how could the venerated apex court of the land go  wrong on a matter that bristles with every (in)conceivable wrong and challenges the soaring abstraction and sanctity of rules, procedures, and, in a way, the very foundation of our much-loved, much-admired, and much-adumbrated, rule of law. For someone who has spent a lifetime in this highly intricate world of defence procurement with its accompanying pitfalls and humongous spends off taxpayer’s money, and fought every conceivable battle to protect public money to ensure financial and intellectual honesty, this is uncannily gnawing and lacerating. Let me first list out the flaws.

The Hon’ble Bench has started off with a wrong premise in Para 4 in remarking that “Things remained quiet until sometime in the month of September, 2018 when certain newspapers reported a statement claimed to have been made by the former President of France Francois Hollande, to the effect that the French Government were left with no choice in the matter of selection of Indian Offset Partners and the Reliance Group was the name suggested by the Government of India. This seems to have triggered of the writ petitions under consideration.”  [Emphasis mine]

The fact is there was serious disquiet not only when the IGA was signed on September 23, 2016, but much – repeat much – before, and even during the period when the same was under being constructed following the announcement of the IGA by PM Modi in April 2015 to ex post carry out the direction.

Now to para 9 of the judgment on the tender. To wit, inter alia: ‘The triple ground on which such judicial scrutiny is permissible has been consistently held to be “illegality”, “irrationality” and “procedural impropriety” ’. [Emphasis added]These, then, becomes the litmus test and prism to view thethree broad areas of concern examined in the judgment – namely, (i) the decision­making process; (ii) difference in pricing; and (iii) the choice of IOP.

The decision­-making process, dealt in paras 16 to 23 of the judgment, is the crucial part of the judgment – and doubtless where the Hon’ble Court could have threadbare examined the issue – and this is where the most flagrant observations have been committed.

Para 20 of the judgment refers to the petitioners seeking questions about the ‘Letter of Comfort’ replacing ‘Sovereign Guarantee’. This is a most serious issue but unfortunately there is no further resolution or orders on this issue in the judgment. ‘Sovereign Guarantee’ or its ersatz provision ‘Letter of Comfort’ can’t be glossed over because it involves the taxpayers’ money. But sadly nothing is forthcoming.

Now to Para 22 of the judgment. I would have appreciated if the Court hadn’t judged the process of acquisition as an appellate authority in all its aspects rather than judging few aspects like and observing: “We have studied the material carefully... We are satisfied that there is no occasion to really doubt the process, and even if minor deviations have occurred, that would not result in either setting aside the contract or requiring a detailed scrutiny by the Court… there is a financial advantage to our nation… Broadly, the processes have been followed. It is also a fact that the long negotiations for procurement of 126 MMRCAs have not produced any result, and merely conjecturing that the initial RFP could have resulted in a contract is of no use. The hard fact is that not only was the contract not coming forth but the negotiations had come practically to an end, resulting in a recall of the RFP. We cannot sit in judgment over the wisdom of deciding to go in for purchase of 36 aircraft in place of 126.” [Emphasis mine]

“This is despite the fact that even before the withdrawal of RFP, an announcement came to be made in April 2015 about the decision to go in only for 36 aircraft. Our country cannot afford to be unprepared/underprepared in a situation where our adversaries are stated to have acquired not only 4th Generation, but even 5th Generation Aircraft, of which, we have none. It will not be correct for the Court to sit as an appellate authority to scrutinize each aspect of the process of acquisition.” [Emphasis supplied]

I need to inter alia highlight a few issues contained in the portion quoted in the judgment in the foregoing para: there is no occasion to really doubt the process, and even if minor deviations have occurred, that would not result in either setting aside the contract or requiring a detailed scrutiny by the Court… there is a financial advantage to our nation… Broadly, the processes have been followed… merely conjecturing that the initial RFP could have resulted in a contract is of no use. The hard fact is that not only was the contract not coming forth but the negotiations had come practically to an end, resulting in a recall of the RFP… This is despite the fact that even before the withdrawal of RFP, an announcement came to be made in April 2015 about the decision to go in only for 36 aircraft.” [Emphasis added]

Likewise Para 25 on pricing boggles one’s mind. “The pricing details have, however, been shared with the Comptroller and Auditor General (hereinafter referred to as “CAG”), and the report of the CAG has been examined by the Public Accounts Committee (hereafter referred to as “PAC”). Only a redacted portion of the report was placed before the Parliament, and is in public domain… The pricing details are stated to be covered by Article 10 of the IGA between the Government of India and the Government of France, on purchase of Rafale Aircraft, which provides that protection of classified information and material exchanged under the IGA would be governed by the provisions of the Security Agreement signed between both the Governments on 25th January, 2008. Despite this reluctance, the material has still been placed before the Court to satisfy its conscience.” [Emphasis added]

The above is astounding because there is no information in the public domain or in the affidavit filed by the respondent. How, when, and wherefrom this information has been captured, recorded and contained in the judgment ought to have been clearly referenced.

Para 26 too bristles with contradictions. The Hon’ble Court is indeed very right in observing that “it is certainly not the job of this Court to carry out a comparison of the pricing details in matters like the present.” But by that very same token and logic I wishthe judgment didn’t contain any such lines as: “We have examined closely the price details and comparison of the prices of the basic aircraft along with escalation costs as under the original RFP as well as under the IGA. We have also gone through the explanatory note on the costing, item wise… Suffice it to say that as per the price details, the official respondents claim there is a commercial advantage in the purchase of 36 Rafale aircraft. The official respondents have claimed that there are certain better terms in IGA qua the maintenance and weapon package.” [Emphasis added]

There is no gainsaying the oft-known and putative fact that reference to and endorsement of issues by the highest court of the land in its judgment is an imprimatur and ought – and should – be accepted with grace and gravitas by all institutions and citizens, and without demur. But the contradictions in the ratiocinative processes of arriving at judgments are so obvious, so palpable, and so glaring, that sadly the very moral foundation of the judgment seems to have shaken to its core.

Nor will be fair and proper on my part to overlook Para 28 of the judgment. To quote inter alia: “The complaint of the petitioners is that the offset guidelines contemplate that the vendor will disclose details about the Indian Offset partner however, in order to help the business group in India in question, an amendment was carried out in paragraph 8 of the Offset Guidelines that too with retrospective effect. By virtue of the said amendment it is contended that cloak of secrecy is cast about the Offset partner and the vendor is enabled to give the details at a much later point of time. It is contended, however, that other provisions of the Offset Guidelines remain unamended, and, therefore, Government cannot pretend ignorance about the Indian Offset partner as has been done in the affidavit filed.” Elsewhere I have said that amendment of Offset Guidelines “is not morally right and it shouldn’t have been done because it brings no added benefit to the government. On the contrary, hypothetically speaking, if the foreign vendor makes a company with no credibility and no experience of defence production its Indian partner, the government ultimately is the loser.” [Emphasis supplied]

In the Third Ramnath Goenka Memorial Lecture in July 2018, the present CJI Ranjan Gogoi had inter alia said: “we must evaluate both the Bedrock Principles and the Form Principles because the Vision of Justice, the way I understand it, is a compound of both… “…independent judges and noisy journalists are democracy’s first line of defence…Reports of the death of democracy are greatly exaggerated. But, the least bad system of government ever devised is in trouble. It needs defenders.” And then Justice Gogoi goes on to say, “I agree but will only suggest a slight modification in today’s context – not only independent judges and noisy journalists, but even independent journalists and sometimes noisy judges.”

I shall be seriously remiss if I didn’t also hearken to my conscience and my internal moral compass to say that sadly the Hon’ble Court has completely overlooked a very, very important aspect: Transfer of Technology (ToT) and indigenous licensed production in India. This is too glaring an issue, costly in terms of monetary value and technical knowhow, and one which shall haunt the country for years to come because it strikes at the very heart and soul of a resurgent India.