Being in Shimla--- the summer retreat of the British era, watching misty clouds and majestic deodars through the glass-windows of Oberoi Cecil was not what President Ram Nath Kovind was here for all the way from Rashtrapati Bhawan in New Delhi.

On Saturday, he stepped out and headed from the Mall Road to the sprawling Ridge of Shimla for a stroll and refreshing treat in the open environment.

Flanked by minister for Urban Development Suresh Bhardwaj, who is also the MLA of the area, besides his security and VVIP protocol staff, Kovind went around the Ridge getting his photos clicked and exchanging pleasantries with the locals and tourists.

He stood in front of HPMC's fast-food and snacks counter with family members to order popcorn.

“Sahib bought 15 packets of popcorn and paid Rs 600 bill as his family members and others accompanying him also asked for our well-being after the Covid time,” said a vendor at the counter.

“Do you guys feel harassed by my presence in Shimla?” he asked a middle-aged person watching him from a distance along with a group of people. 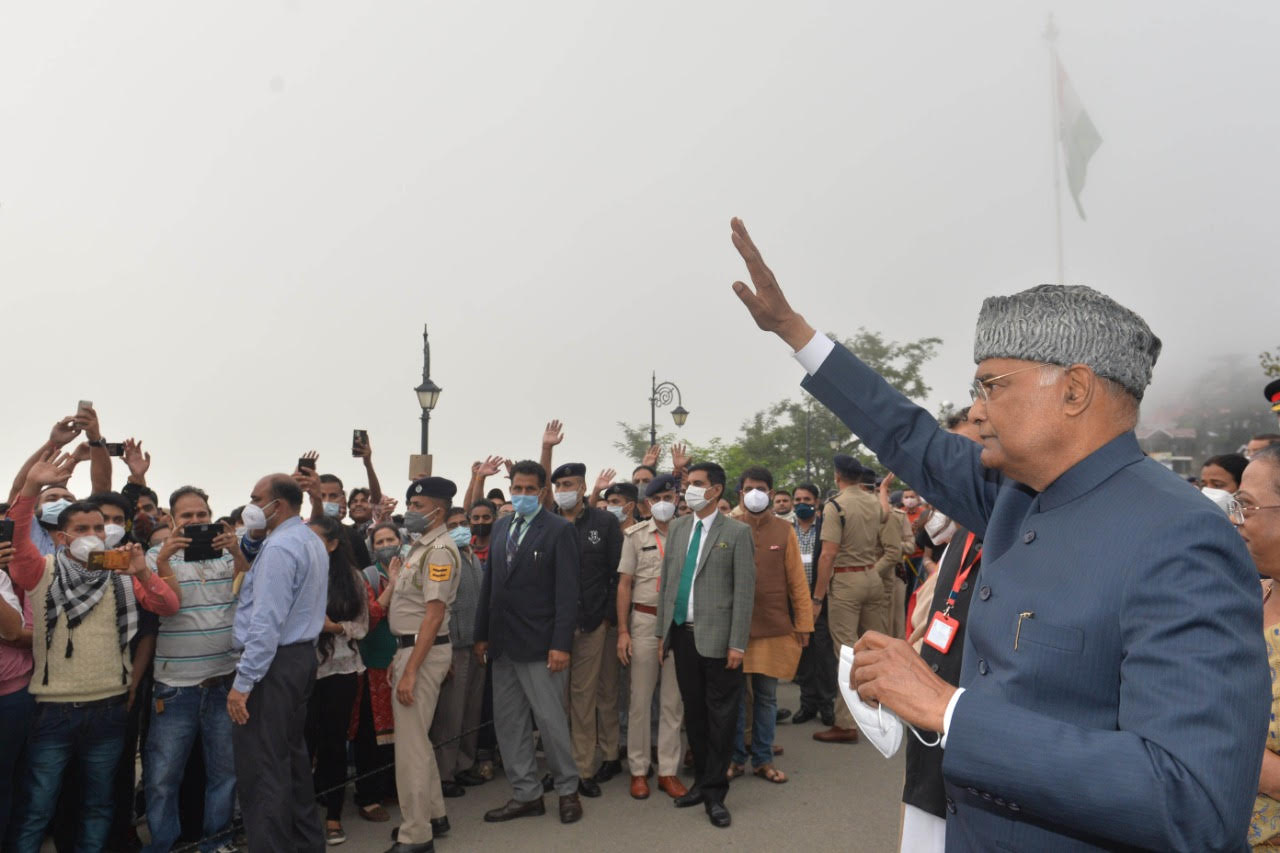 “No no sir,” they quick replied. “You are our honourable guests. We feel proud of your presence in the town, which is visited by lakhs of people, including VIPs every year. You are doing a good job.”

The First Citizen surprised locals and tourists at Shimla when he visited the Ridge and bought popcorn from a shop while freely interacting with the people there. pic.twitter.com/DkmPtJLpk1

Yet, there were few murmurs too. “They (police) stop buses and cordon off the roads for hours .There should not be long hold –ups,” said one of the persons present there.

Earlier President also drove to famous Hanuman temple at Jakhu to pay his obeisance as he also recalled that a visit to this ancient temple was a must whenever he visited Shimla even earlier.

An official release later added, "President of India Ram Nath Kovind paid a surprise visit to the Ridge and interacted with the citizens and tourists. He arrived in a small carcade with little security and went around the Ridge, Shimla. He bought popcorn and had a short conversation with the people and tourists present there"

The President is on a visit to Himachal Pradesh marking the golden jubilee of its statehood. He will return to Delhi on Sunday.

Study Abroad: Should You Go For An Undergraduate Course Or A Postgraduate Study?

Hong Kong To Kill 2,000 Small Animals After Hamsters Get Covid-19