"That shows that he is seeking certificates either from the dubious rating agencies or he has got a certificate yesterday from Ivanka Trump who perhaps does not know the local language at all." 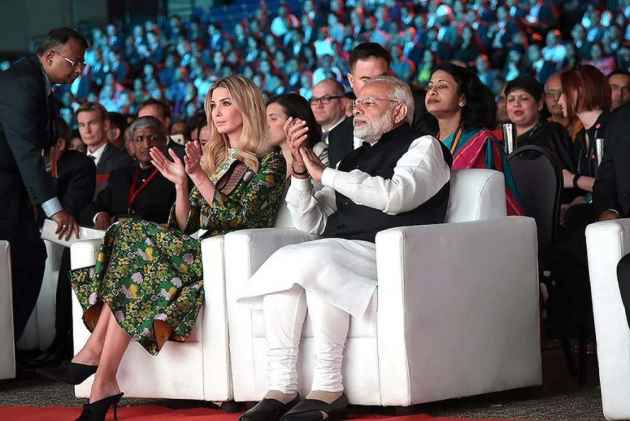 Speaking to ANI, the Congress leader said, "We are surprised that India has a Prime Minister who has belittled his office yesterday by being in attendance for Ivanka Trump as it is not for the Prime Minister of India to host at the Falaknuma Palace of the Nizam of Hyderabad. He is a prime minister and he must not forget that. That was the job of the chief minister of Andhra Pradesh or maximum one of his ministers. Now, that shows that he is seeking certificates either from the dubious rating agencies or he has got a certificate yesterday from Ivanka Trump who perhaps does not know the local language at all."

"He has to be in the frame and news. He is levelling allegations against the Congress without any foundations which are false. The prime minister has an unhealthy mindset and he is very negative in his approach," Sharma said.

He further said the prime minister had lowered the dignity of his office.

"The promises he had made to the people of Gujarat and India, the country has not forgotten. It is under his watch and because of his reckless decisions that India's economy has been destroyed. We are derailed completely with over 2.5 per cent of the GDP shaved off. Post demonetisation, this country has suffered. Instead of creating two crore jobs a year, this country has lost over 3.5 crore jobs. The prime minister should talk about this and also about the promises he had made to the youth and women," Sharma asserted.

Speaking at the Global Entrepreneurship Summit, the prime minister said the theme, 'women first, prosperity for all' had made the edition of GES stand out. "In Indian mythology, women are an incarnation of Shakti - the Goddess of power and we believe women empowerment is vital to our development," he said. (ANI)