Mother elephant is seen crossing the road while braving flaming tar balls followed by the baby elephant. Both shocked and panicked. 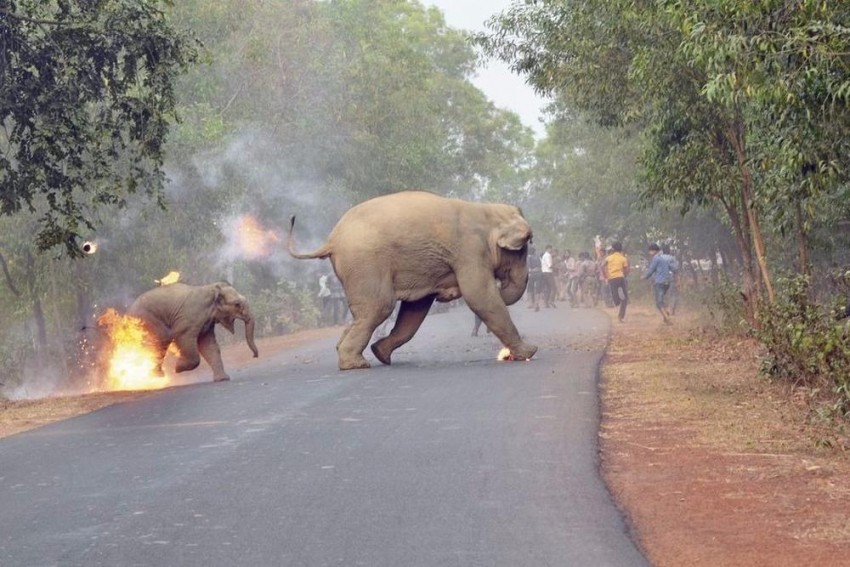 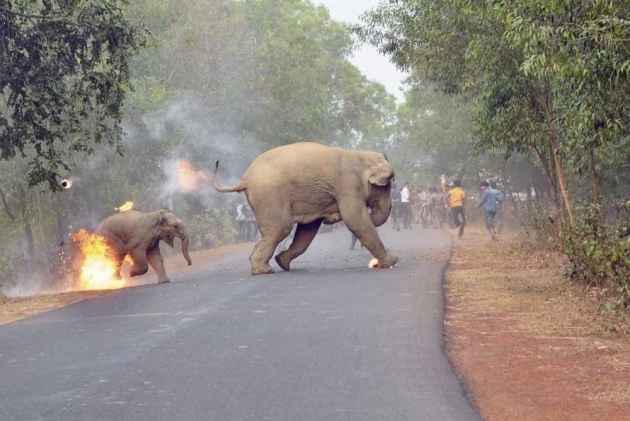 A touching photograph titled 'Hell is Here' that highlights the man versus wild conflict-- showing an elephant and her calf on fire fleeing a mob in West Bengal-- has bagged this year's Photography Award by Sanctuary Asia.

The picture clicked by a brick kiln owner Biplab Hazra in Bankura district shows what is “routine” in the area and other states like Assam, Odisha, Chhattisgarh  and Tamil  Nadu, the Mumbai-based Sanctuary Nature Foundation said in a social media post.

Mother elephant is seen crossing the road while braving flaming tar balls followed by the baby elephant. Both shocked and panicked. A mob is seen in the background of the picture
The awards are instituted by the Sanctuary Nature Foundation, a Mumbai based non-governmental organisation (NGO) that works towards biodiversity conservation and community engagement.
“In the Bankura district of West Bengal, this sort of humiliation of pachyderms is routine, as it is in the other elephant-range states of Assam, Odisha, Chhattisgarh, Tamil Nadu and more,” the foundation said in a release.
"India is the world's stronghold for the Asian elephant, home to over 70 per cent of the global population of the species," an organiser of the event was quoted as saying by the Times Of India.
Here are some of the other pictures: