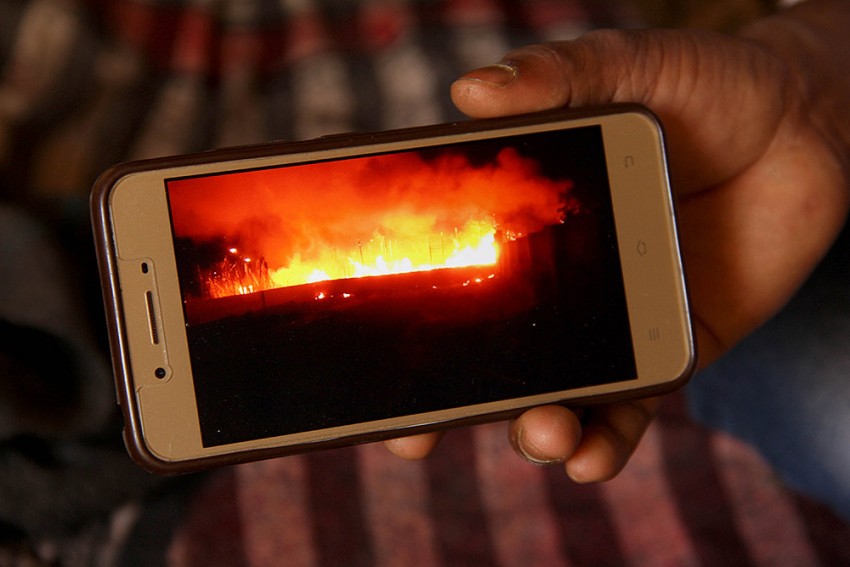 One of the Rohingya refugees shows on mobile phone the photo of devastating fire which engulfed their makeshift camps.
Nasir Kachroo April 24, 2018 00:00 IST Photo Essay: For Rohingyas In Delhi Camp, Life Is A Snake & Ladder Game With Frequent Deadly Bites 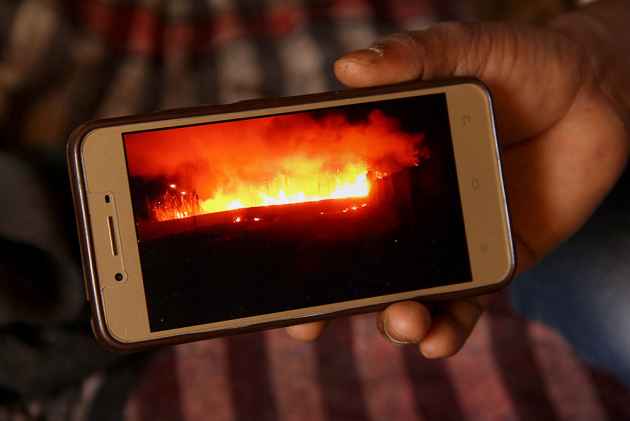 In the last six years, it was the fourth fire in the Rohingya’s only settlement in Delhi on April 15. In two hours, whatever little the 226 residents could call theirs turned into ashes in the relief camp set up by an NGO at the Southern part of Delhi’s Kalindi Kunj.

Mohammad Haroon 38, who left Burma in 2012 when it became hard for him to live in his own country, and anchored himself in India.

The midnight blaze was like a deadly bite in the snakes and ladders game of a refugee, bringing him back to square one. Though his family was saved, everything else he had pieced together was gutted.

Some of the NGOs, though have begun providing them help to set up tents, life would be an uphill task without their prized documents and Ids that were destroyed in the blaze.

Initially, it was not clear how the fire broke in the camp, but Delhi lawyer Prashant Bhushan on Thursday filed a complaint asking police to investigate the Twitter user who claimed responsibility for torching the houses of the “terrorists”.

Rohingya in India live mainly in Jammu, Uttar Pradesh, Haryana and Delhi in the north, Hyderabad in the south, and Rajasthan in the west.

The claim that they were targeted has sparked fears among the Rohingya community. 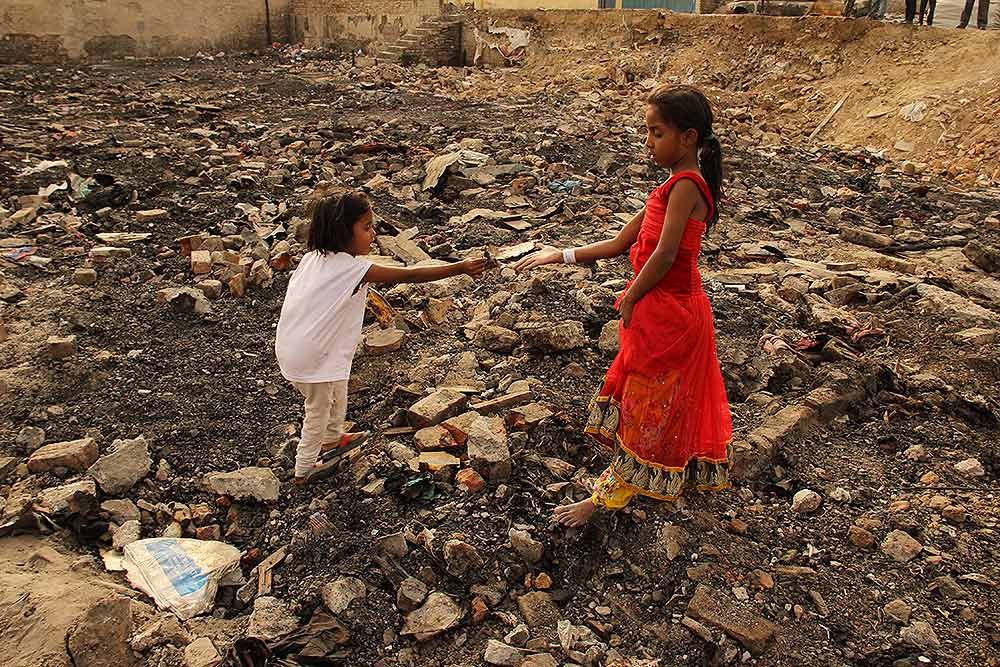 The little girls are trying to find something which belongs to them from the rubble. 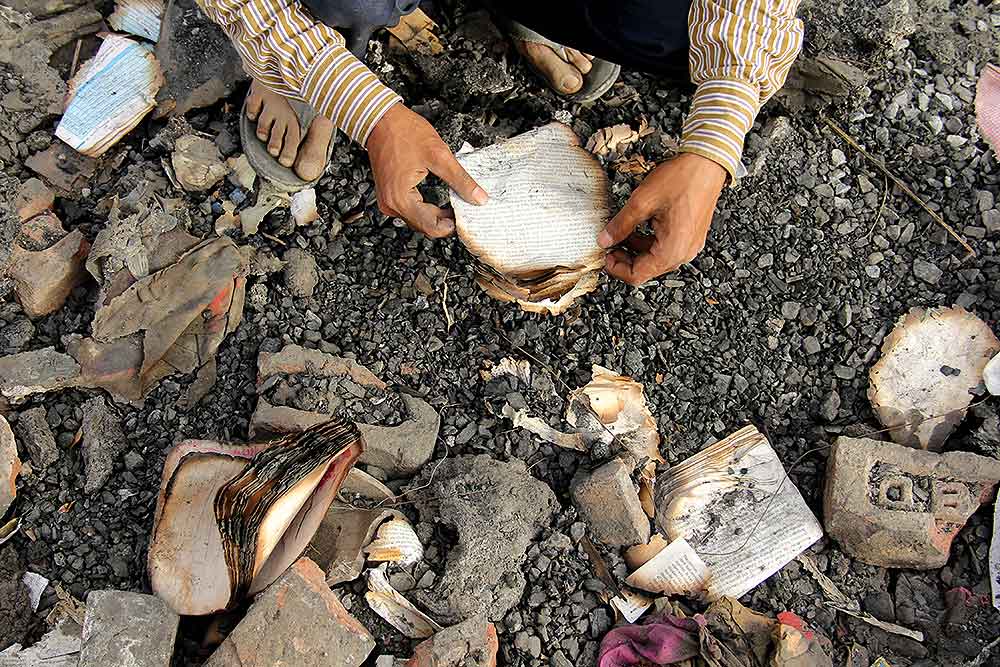 In the whole camp pieces of half-burnt paper is the only thing this man could find. 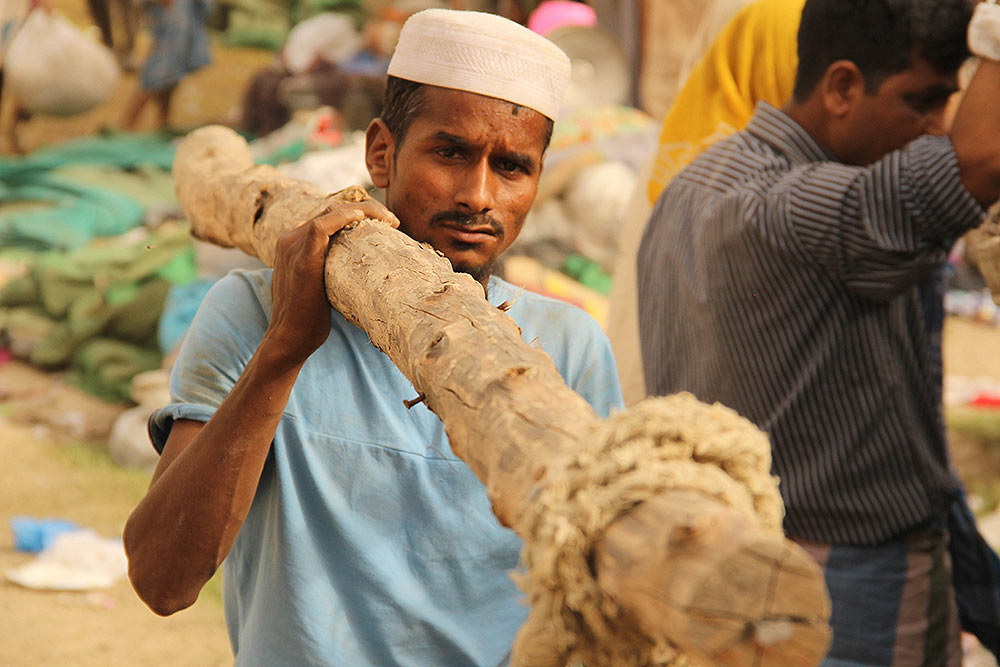 The houses in the camp were mostly made of wooden structure, polythene and trampoline which is why the entire camp was gutted in no time. 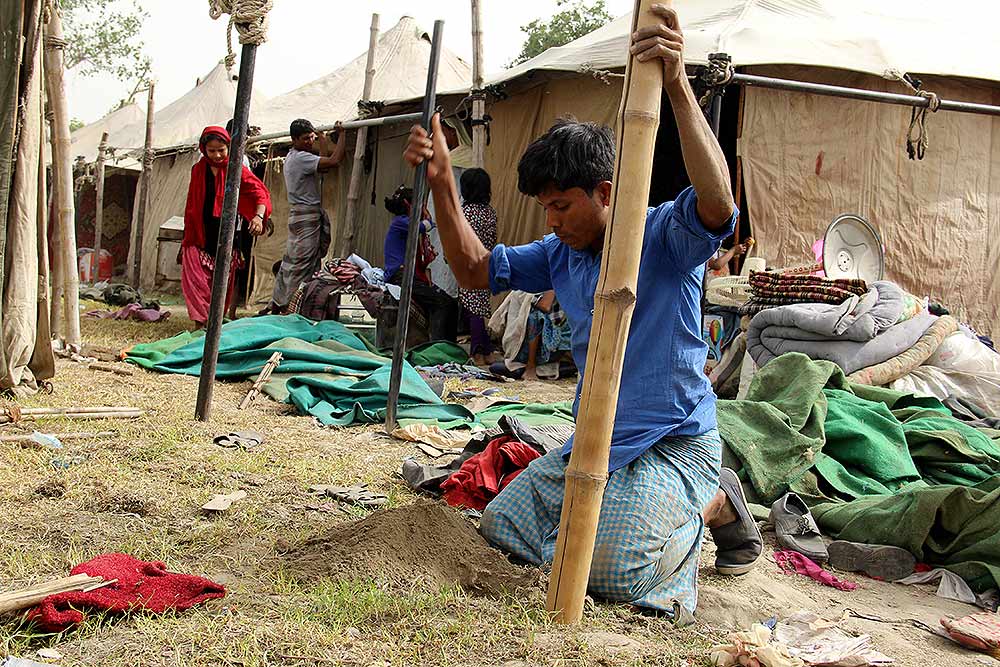 Alam 26, could be seen preparing place to setup his camp after his house was burnt in the fire. 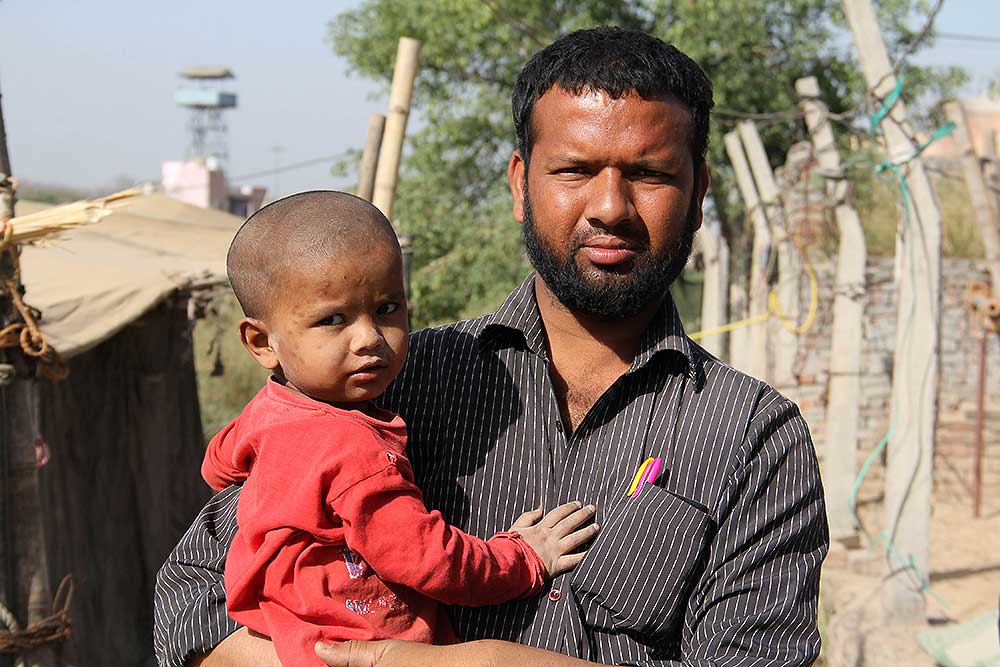 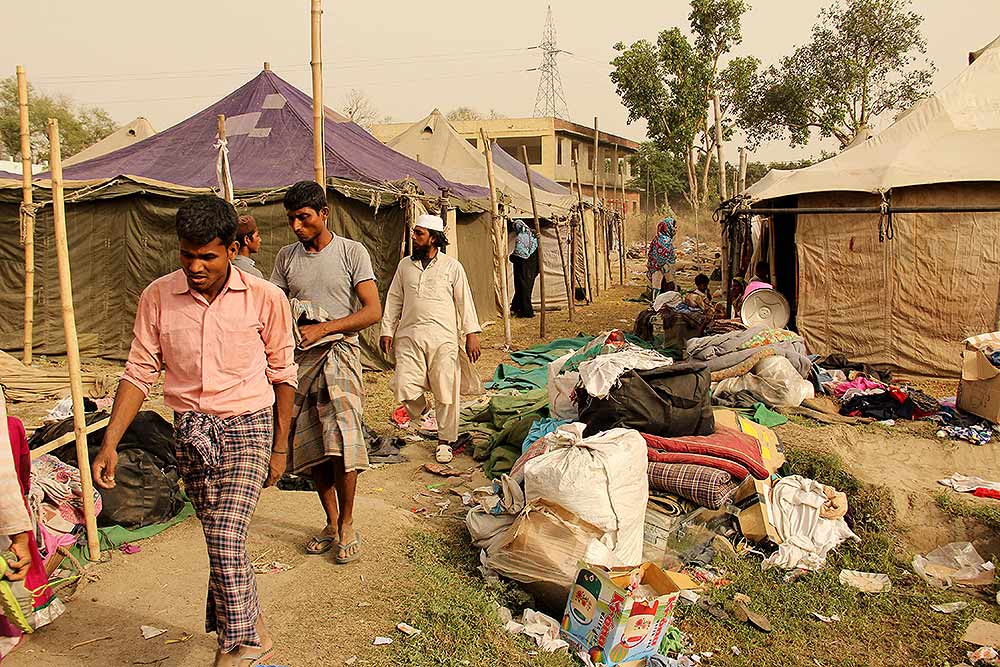 Rohingya men are on their way to collect the material to setup their temporary sheds. 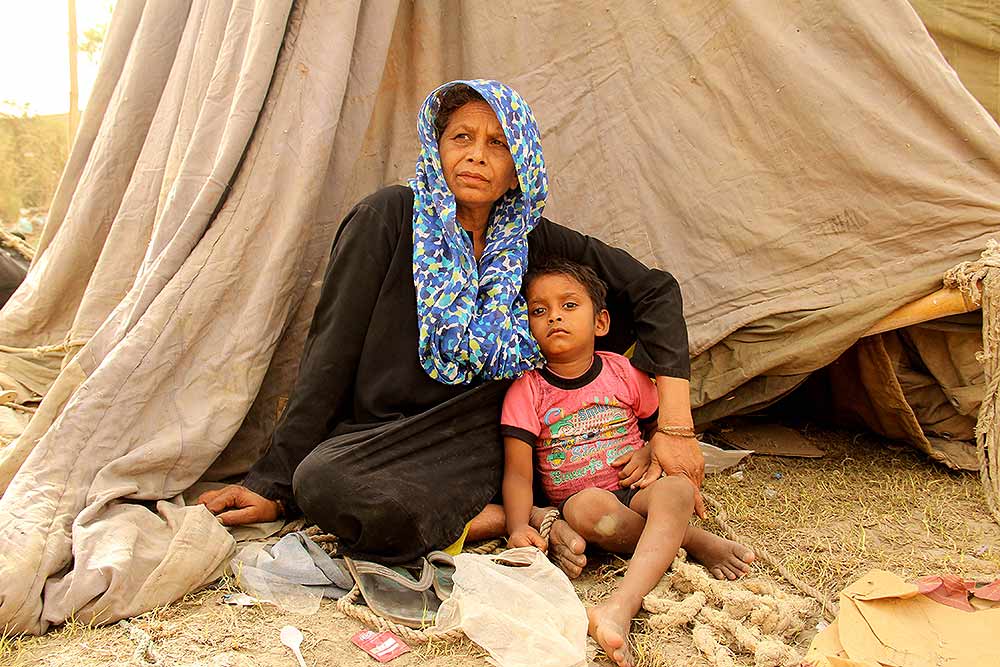 Toiba Begum 55, holds her child close as the images of fire are still fresh in her mind. 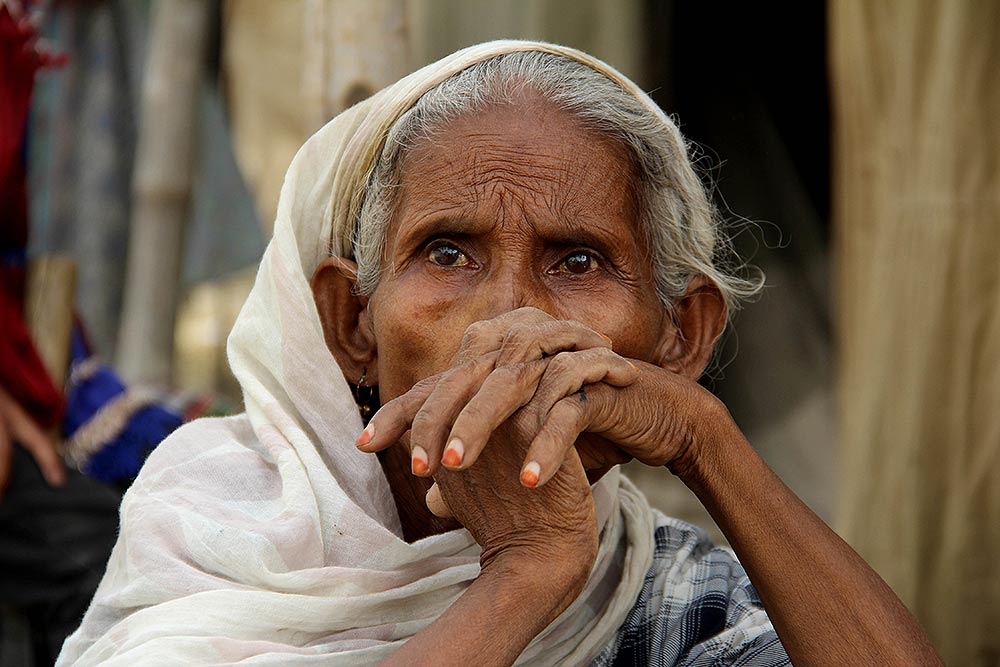 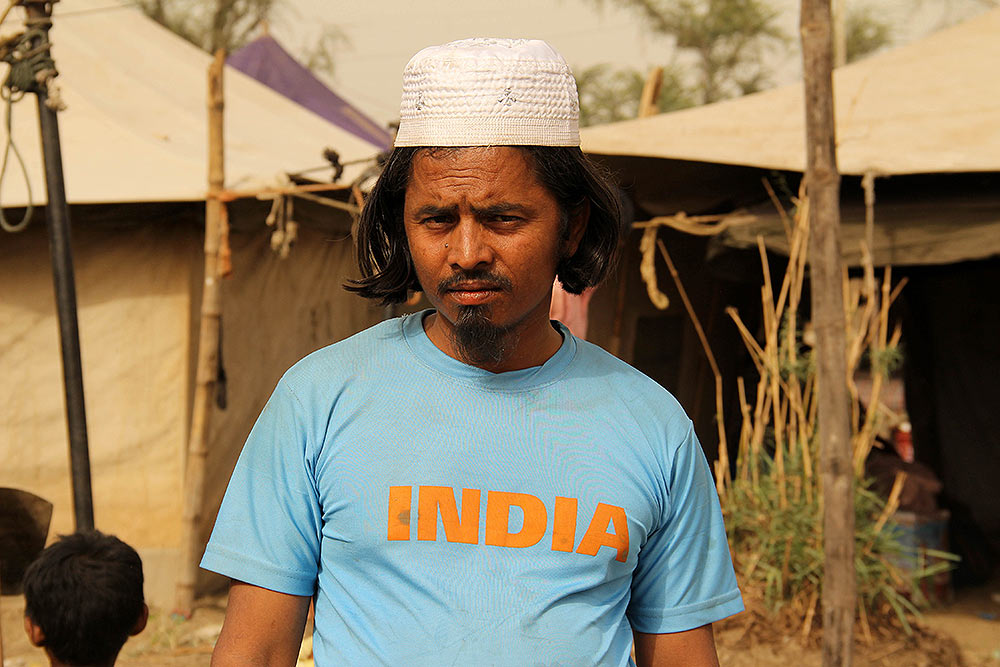 Mohamad Ashaq Rehman, can’t believe that he has to start his life once again as his home was destroyed in the fire. 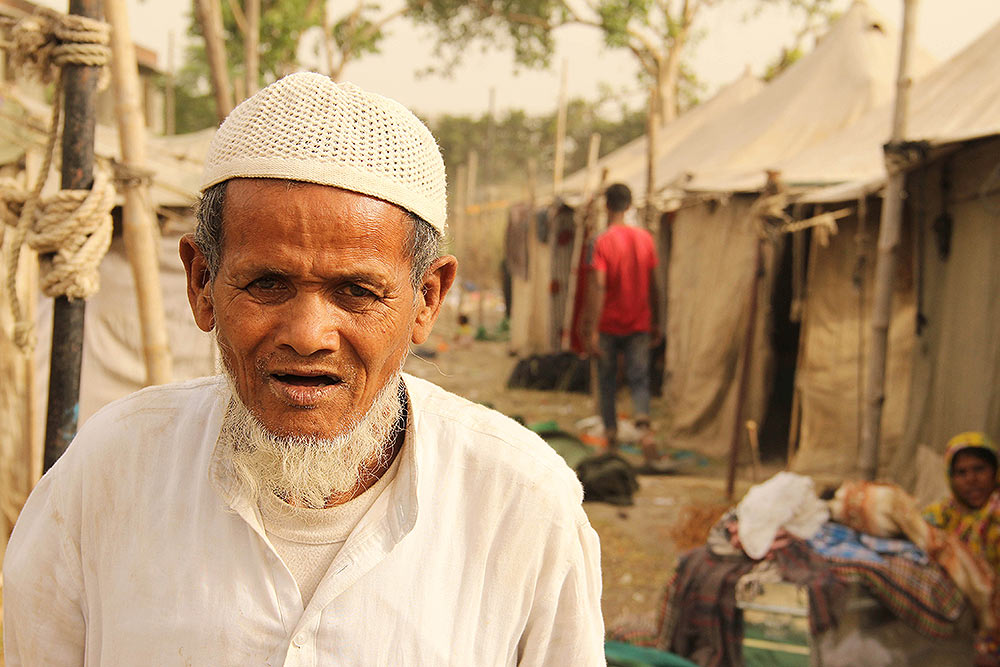 Abdullah 65, the oldest one in the camp, tries to be the helping hand for his family at this time of distress. 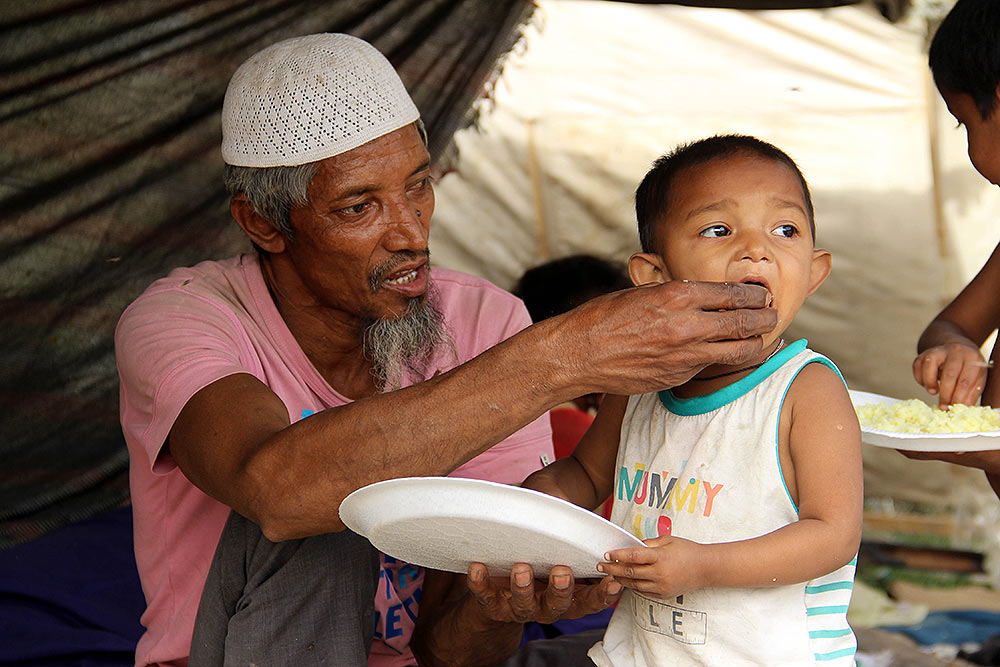 Abdul Mutalib 57, who has nine children, feeds one of his youngest sons in the camp. 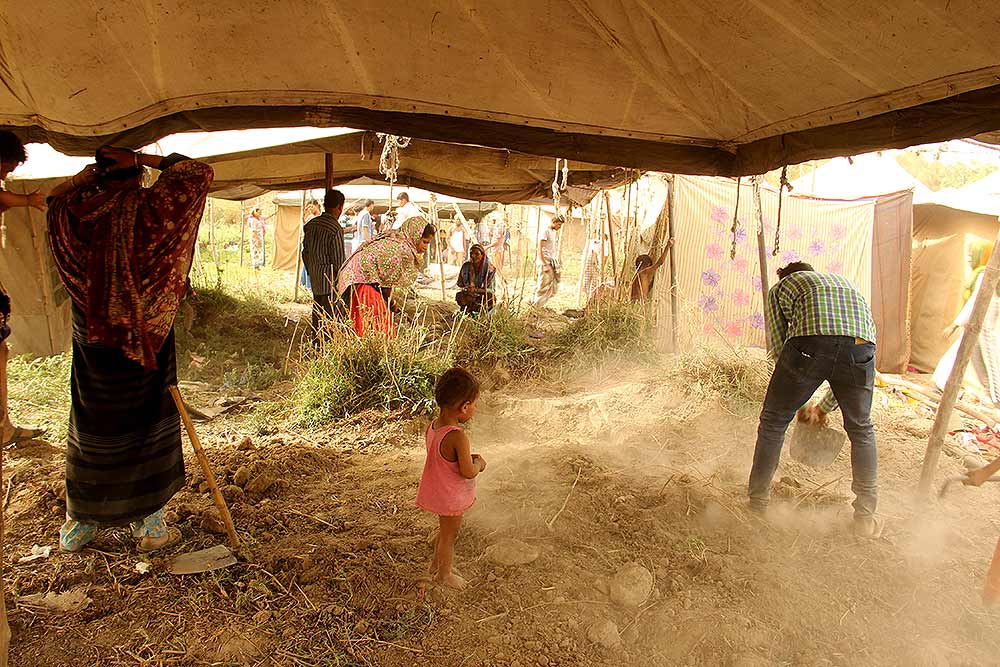 Men and women are working hard to erect the tents at the new site. 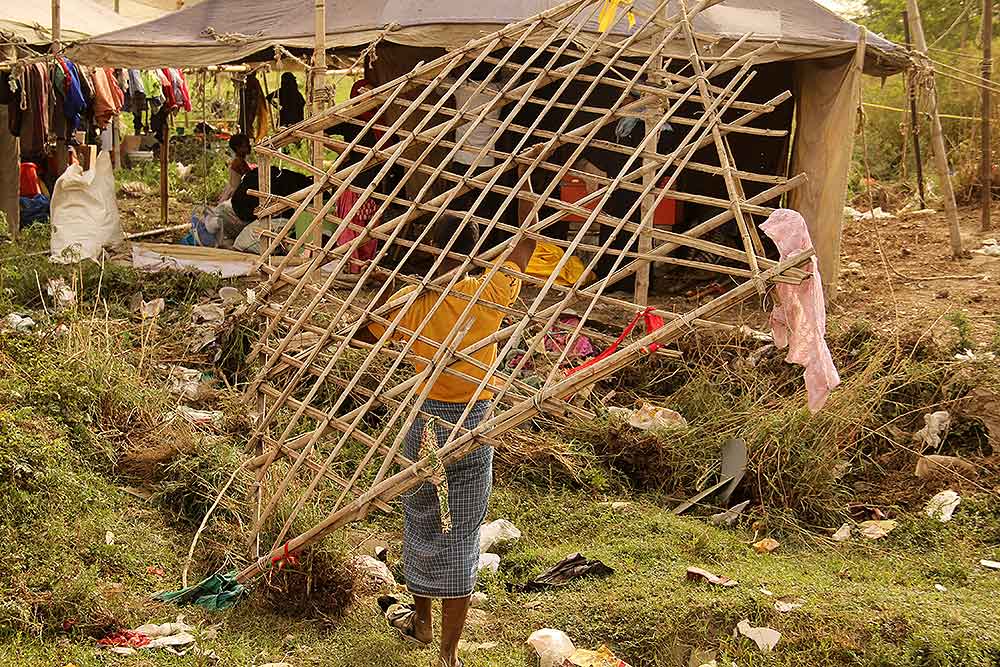 Not enough tents in the camp, so the first priority for them is to make a temporary shelter for their family. 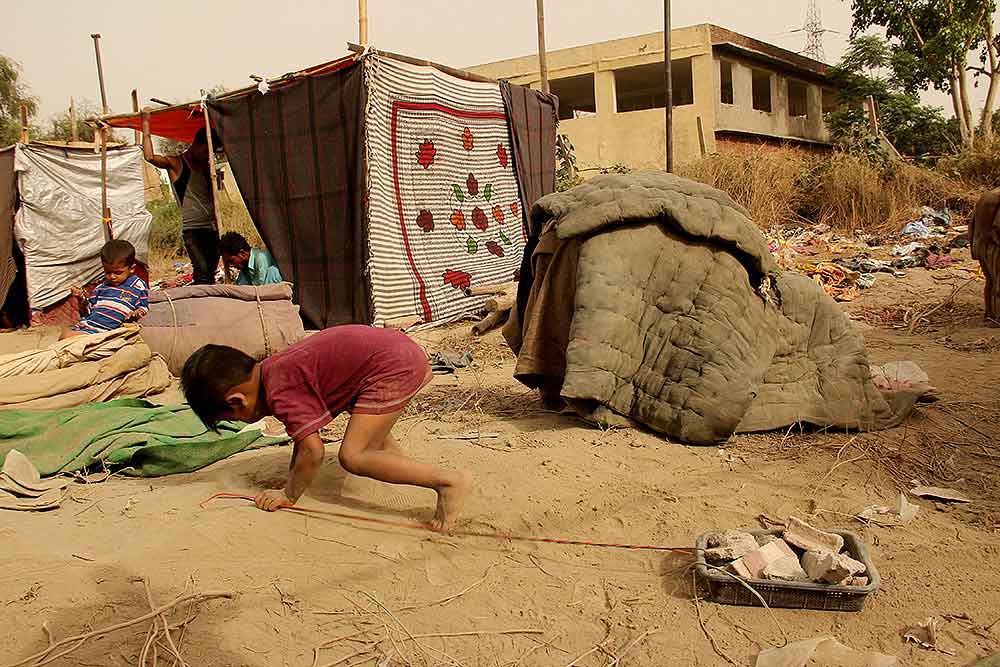 A young Rohingya boy who was born in the camp transports rocks in a tin-made vehicle to help his father make a new place to live. 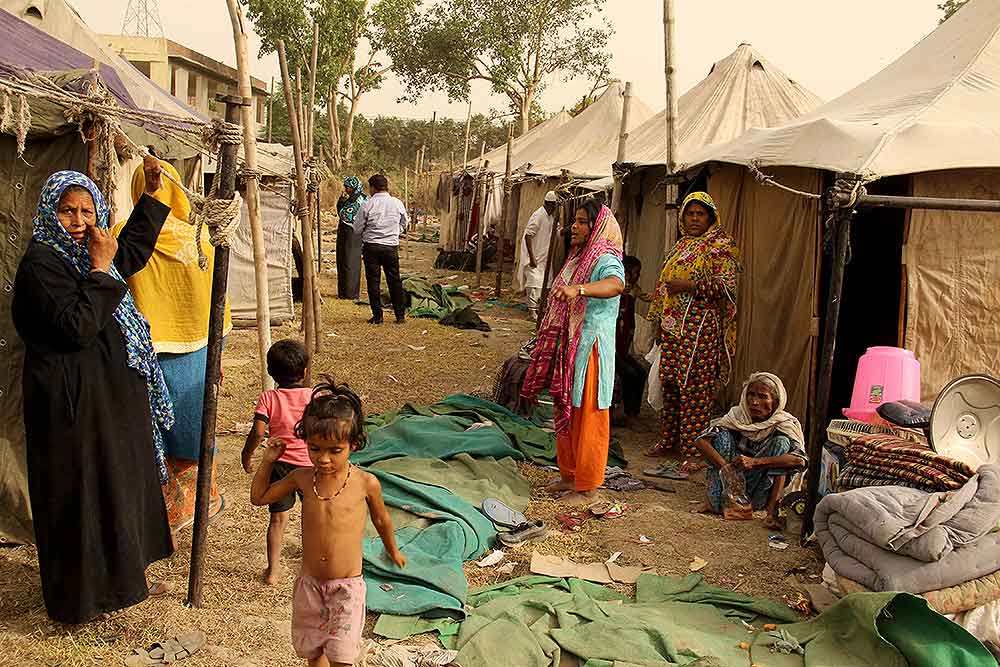 In the camp children, who otherwise should have been in school, are now helping their parents after the fire turned the camp into rubble. 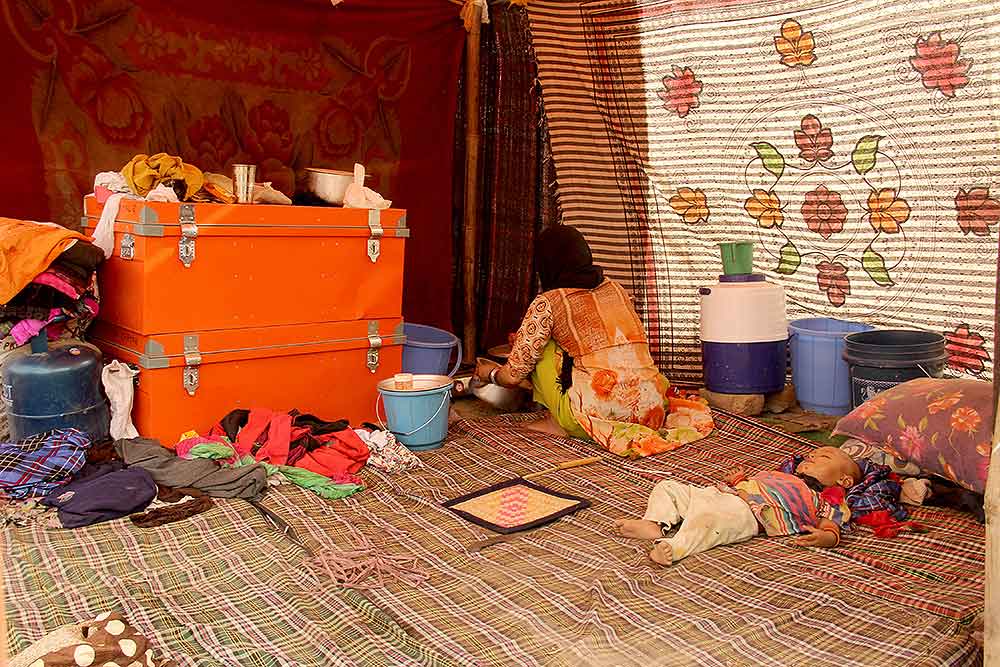 Inside one of the temporary makeshift homes a Rohingya women cooks food while her baby is sleeping. 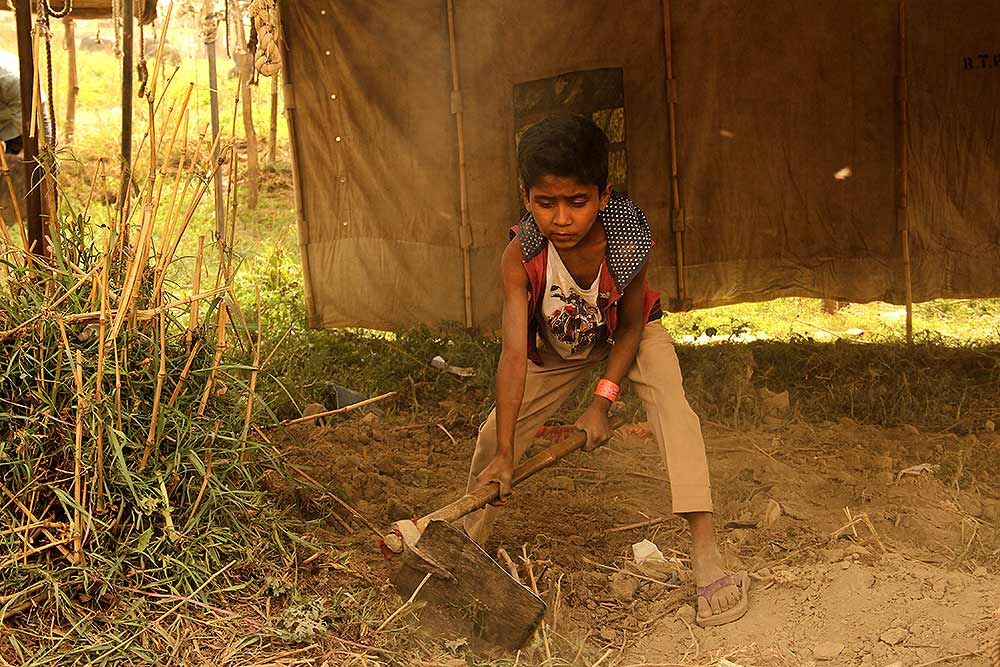 The time is quite depressing for each person living in the camp as they have to start life afresh.

CHEERS !!! Indian Monsoon Is Recovering After Decades Of Decline