Wants the court to ensure the CM discharges his administrative functions, wants the huger-strike declared illegal 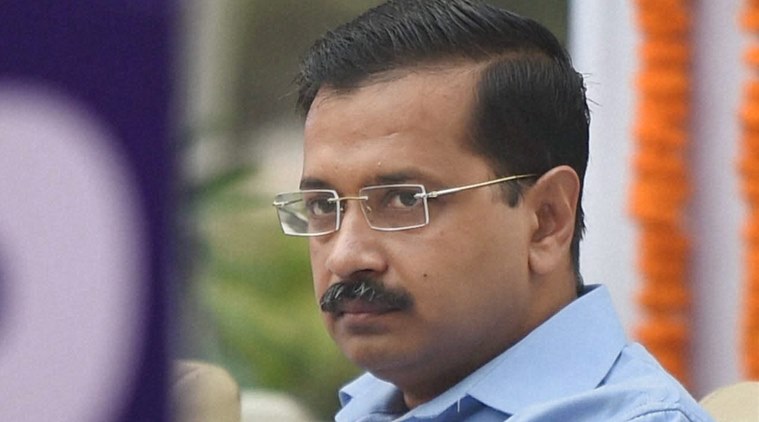 A writ petition has been filed in the Delhi High Court, asking it to direct chief minister Arvind Kejriwal and his cabinet colleagues to end their hunger fast against a ‘cease work’ by administrative officers of the national capital. The petition points out that Kejriwal is protesting against the Constitution under which he is sworn.

The 49-year-old CM, his deputy Manish Sisodia and two other ministers have been fasting since Tuesday as a protest against Delhi’s lieutenant governor Anil Baijal. They have refused to budge from the parlour outside the L-G’s office, with four of them squeezed into sofas while they wait there for the constitutional head to sort out the ‘cease work’ by the administrative officers of Delhi.

The writ has been filed by Hari Nath Ram, a citizen of Delhi, who has claimed to be an ‘apolitical’ person. In effect, the petitioner has asked the Delhi HC to intervene and ensure that Kejriwal discharges his chief ministerial functions and declare his hunger strike illegal.

Ram’s petition has not asked for any relief against the strike by Delhi’s babus, who have been avoiding meetings with ministers and kept work pending, as per the political government of Delhi and leaders of the ruling Aam Admi Party.

The petition comes close on the heels of a letter written by Kejriwal to Prime Minister Narendra Modi, seeking assistance to end the strike by Delhi’s bureaucrats. Earlier, he had announced that he would campaign on behalf of the BJP in next year’s Lok Sabha elections if Modi would push the case to grant Delhi full statehood. Kejriwal has threatened to protest outside the PM’s office onSunday if the logjam continues.

Apart from IAS officers, officers and staff of the Delhi state services have also supported the cease work since they report to the chief secretary.

The Delhi CM and his cabinet colleagues have blamed the L-G for holding up key decisions in the governance of the state. The Delhi HC had earlier held that the L-G has overriding powers over the elected government of Delhi. An appeal by the Delhi government has been heard by the Supreme Court and the order has been kept reserved for the last seven months.

Some of the administrative officers of Delhi have gone public with their protest against the Kejriwal government since the chief secretary was allegedly assaulted by ministers during a meeting called at the CM’s residence in February. The Delhi police are yet to file a complaint in the assault case.

The petition says the CM and his colleagues are wasting government resources, including time and money, to protest against a decided position of law, namely Delhi HC’s decision conserving the bulk of powers of administration of the capital with the L-G.

Kejriwal, the petition says, has taken an oath under the Constitution and must therefore uphold its values. Instead, he is holding the city-state to ransom to meet with his demands. Usually, strikes are called by workers against lawmakers, but here it seems to be that the lawmakers are themselves calling strikes while in government, without any legal basis for the strike, it adds.