The patient's relatives in their complaint alleged that the BJP leader chased the ambulance down, blocked its way and refused to let it pass for about half an hour. 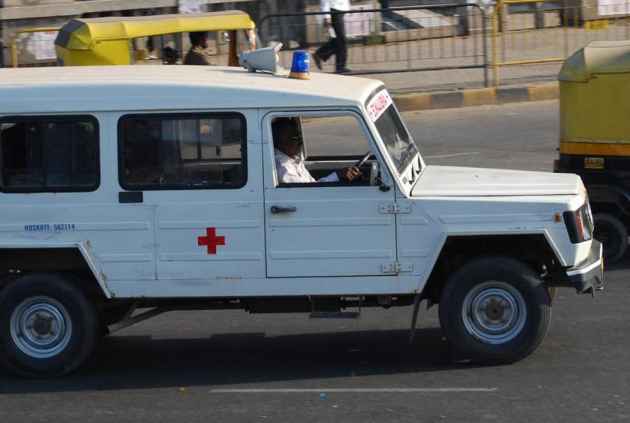 Police has registered a case Bharatiya Janata Party (BJP) leader Darshan Nagpal, after a patient died as the politician allegedly stalled the ambulance.

The BJP leader allegedly stopped the ambulance for half an hour as it rammed into his vehicle on August 5 in Haryana's Fatehabad district.

The patient, Naveen Soni, 42-year-old, lost his life as the ambulance reached the hospital late.

The patient's relatives in their complaint alleged that the BJP leader chased the ambulance down, blocked its way and refused to let it pass for about half an hour.

"Pradhan chased the ambulance and stopped it. He asked for compensation and argued for half an hour. He let us go after we pleaded and apologized to him," said the patient's brother.

Also Read: This Woman In An Audi Endangered Life Of A Pregnant Woman, Held Up Traffic, But Cops Let Her Go Scot-Free

The BJP leader, however, refuted the allegation and said he did not stall the ambulance and let it go.

"We didn't stop the ambulance. There is no question of stopping the ambulance, ask anyone present there. I believe in service, so how can I stop an ambulance," Pradhan said.

The police is investigating the case for detailed information.

"The man died after Nagpal stopped ambulance for half an hour after it hit his vehicle. We have called both sides for further investigation," the police said.

In a similar case from February this year, a woman in an Audi from Delhi held up traffic, endangering the life of a pregnant woman. No case was registered in the matter and the woman was allowed to go scot-free.