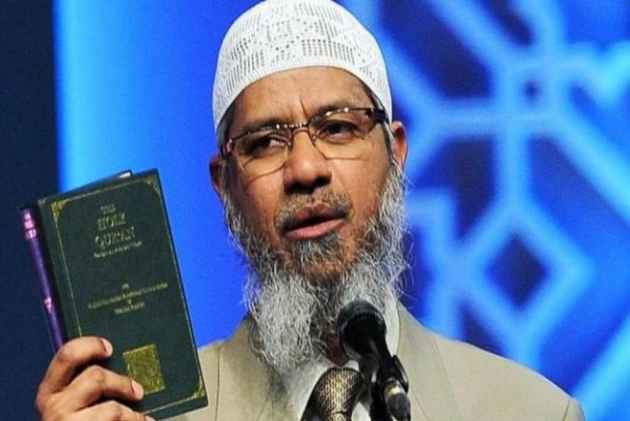 The passport of controversial Islamic preacher Zakir Naik, wanted in connection with alleged terror funding cases, was today revoked at the request of the National Investigation Agency (NIA), officials said.

The officials of the probe agency said the travel document was revoked by the regional passport office of Mumbai after 51-year-old Naik failed to respond to a showcause notice issued to him for personal appearance by July 13.

The notice was served asking Naik why his passport should not be revoked in view of various investigations pending against him, they said.

He is being probed for terror and money laundering charges by the NIA. He fled from India on July 1, 2016, after terrorists in neighbouring Bangladesh claimed that they were inspired by his speeches on waging jihad.

According to 'Middle East Monitor', an online news portal on developments in Middle East, Naik has already been granted citizenship of Saudi Arabia. There was no independent verification to this so far.

Naik had his passport renewed in January last year and it has a validity for 10 years.

The NIA, on November 18, 2016, had registered a criminal case against Naik at its Mumbai branch under various sections of Indian Penal Code and Unlawful Activities (Prevention) Act.

His organisation, Islamic Research Foundation (IRF), has already been declared as an unlawful association by the government a day prior to registering of the case.

The controversial preacher is accused of spreading hatred by his provocative speeches, funding terrorists and laundering several crores of rupees over the years.

The sources could not give the exact country where Naik could be at present and said that he may be changing his base quite frequently after the NIA moved the Interpol for issuance of a Red Corner Notice (RCN), international arrest warrant, against him.

The Interpol was approached against Naik after a year- long probe during which the NIA gathered evidence of his IRF and Peace TV being used to allegedly promote hatred between different religious groups.

The central government has already banned his NGO and taken his TV channel off air. During the probe, the NIA claimed to have found 37 properties owned by Naik and companies run by him, which are estimated to be worth more than Rs 100 crore.

A special NIA court in Mumbai, while issuing a non- bailable warrant against Naik, had said that "there are reasonable grounds to believe that Naik is evading arrest and that he will not voluntarily appear before the court or before the agency."

The NIA alleged that Naik has been promoting enmity and hatred between different religious groups in India through his speeches and lectures on various platforms and inciting Muslim youths and terrorists in India and abroad to commit terrorist acts.