The picture Lodhi displays at the United Nations is in fact, a picture of 17-year-old Rawya Abu Jom’a, who was injured when two Israeli airstrikes hit her family’s apartment in Gaza during the 2014 war. 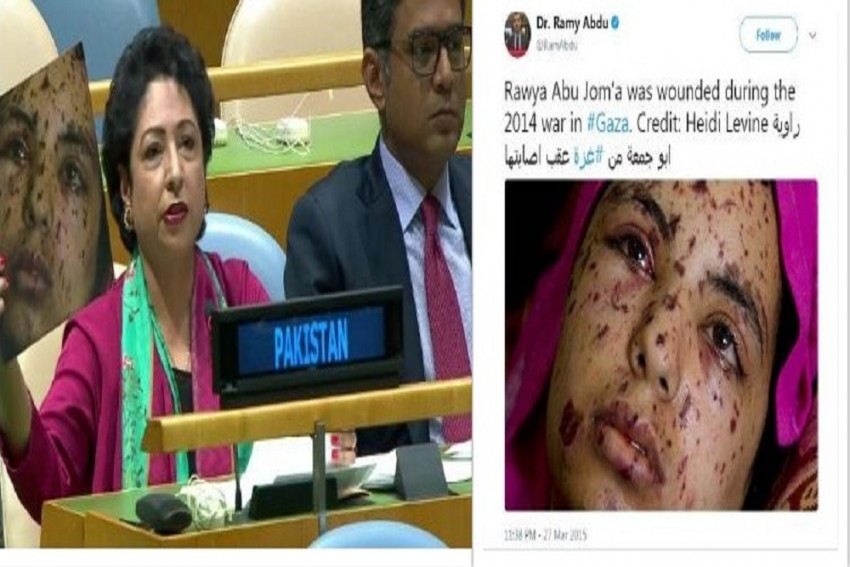 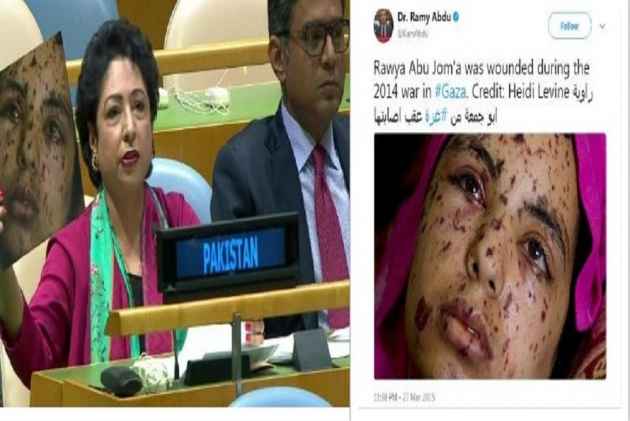 In a haste to rip apart India at the United Nations General Assembly, Pakistan permanent representative Maleeha Lodhi displayed a picture of a grievously injured woman exclaiming, 'This is the face of Indian democracry.'

The catch: It isn't.

The picture Lodhi displays at the United Nations is in fact a picture of 17-year-old Rawya Abu Jom’a who was injured when two Israeli airstrikes hit her family’s apartment in Gaza during the 2014 war. Lodhi perhaps confused the picture for one from India, which also has had a fair share of pellet injuries victims in Kashmir. In the one year following Burhan Wani's killing, Indian security forces killed more than 100 people and injured close to 16,000, with many injured in the eye.

In a major blunder, Lodhi confidently raises the picture in her hand and slams Prime Minister Narendra Modi, accusing him of killing of Muslims in Gujarat, and says the hands of several leaders of the ruling party in India are stained with blood of innocent people, adding that no minority in India is safe.

While showing the picture of Rawya Abu Jom’a, Lodhi exclaimed: “This, Mr President, is the face of India’s democracy," adding also that the largest democracy is the world is also the largest hypocrisy.

A twitter user had earlier shared a screenshot of a tweet by Dr. Ramy Abdu dated May 2015 that showed the picture of the girl Lodhi displays to the United Nations in a show of agitation.

To cross-check, Outlook did a search on Google and found out the origin of the picture.

The picture was taken by photographer Heidi Leivine for The National who covered the Gaza war that left more than 2000 people dead. According to the New York Times, 'three of her (Rawya) cousins and her sister were killed. She is suffering from shrapnel in her face, her legs have perforated holes and the bones in her right hand were crushed.'