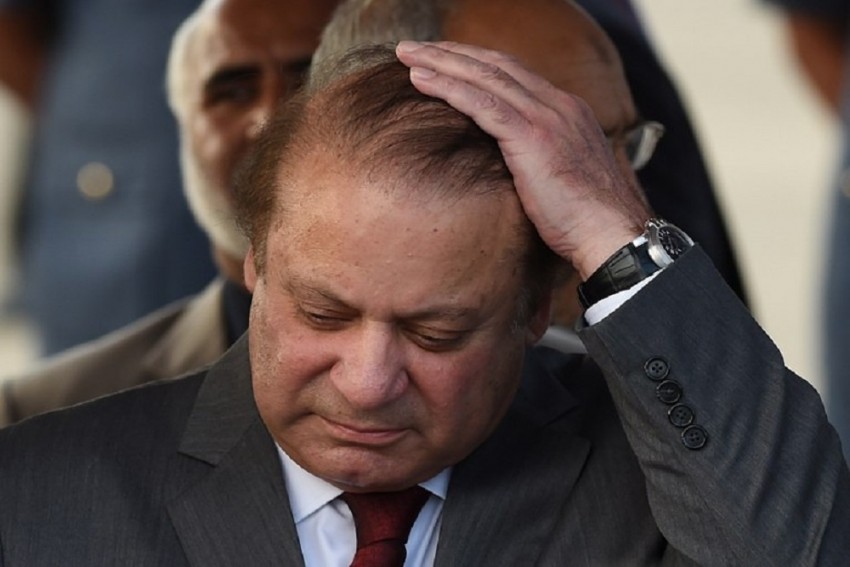 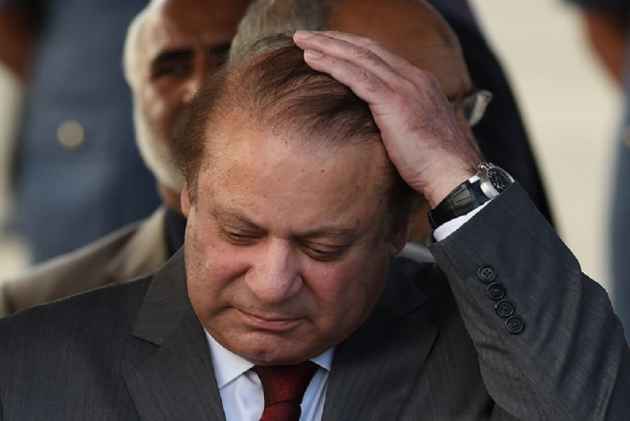 An accountability court on Tuesday decided to indict Nawaz Sharif on October 2 after the ousted prime minister for the first time appeared before it to face graft charges filed against him in the Panama Papers scandal.

The court also issued fresh arrest warrants against his children and son-in-law.

Sharif, 67, appeared before the court located in the judicial complex here, a day after he returned from London where he was with his ailing wife.

During the brief hearing, Sharif informed accountability court Judge Muhammad Bashir that his wife was unwell and he needed to attend her. He was then allowed to leave the court.

The court then adjourned for 10 minutes before continuing with the normal case proceedings.

The appearance was just a formality to ensure that the accused was ready to face the trial. Sharif stayed at the court for about 10 minutes.

He was accompanied by his lawyer Khawaja Harris who would represent him as a counsel in the corruption cases.

The court had last week summoned Sharif, his daughter Maryam and son-in-law capt (retd) Safdar to appear before it on September 26. It is pertinent to mention that the Sharif family had skipped a court hearing on September 19.

When the hearing started again, the judge asked about Maryam, Hussain and Hasan, and Sharif's son-in-law Safdar who were also ordered to appear today.

Sharif's lawyer Harris contended that they were in London to take care of their ailing mother but the court rejected the argument and ordered them to appear before it on October 2.

Harris asked the court that Sharif needed to take care of his wife in London so he would be allowed to skip personal appearance in the court.

The court refused by saying that he should first appear on the day of indictment and the issue of skipping personal appearance will be deiced later on.

Sharif’s legal aide Barrister Zafarullah Khan told media that the court should have given more time for indictment.

"The court cannot indict until all accused appear in the court. It should give us more time to prepare out case," he said.

He said that Sharif would appear in the court if all went well during the period before next hearing and health of his wife remains stable.

Independent law expert Shehzad Akbar said that court was not bound to delay indictment of an accused if his accomplices are not present or refuse to appear before the court.

"The accountability courts have vast powers. They can indict the accused who has presented himself in the court, while it can convict others for non-compliance and failing to appear," he said.

Hundreds of Sharif’s supporters, including Pakistan Muslims League-Nawaz (PML-N) leaders, lawyers, lawmakers and several ministers were present in the court premises. Heavy security arrangement were made around the judicial complex.

Earlier, Sharif left the Punjab House in Islamabad at about 8.30 am to appear before the court. It took him about 15 minutes to reach the court.

More than 35 vehicles were part of Sharif’s convoy which safely reached Punjab House after his appearance in the court.

Sharif is expected to hold some important meetings with aides and to address media in the evening, according PML-N sources.

Sharif was in London from August 31 to be with his ailing wife Kulsoom who is undergoing treatment for throat cancer.

He decided to return to Pakistan after consultations with senior party leaders including his younger brother and Punjab province Chief Minister Shahbaz Sharif in London.

Sharif stepped down after the Supreme Court disqualified him on July 28 from continuing in his office for dishonesty and ruled that corruption cases be filed against him and his children.

The NAB has filed three cases of corruption and money laundering against Sharif, his sons -- Hassan and Hussain, daughter -- Maryam, son-in-law -- Safdar, and Finance Minister Ishaq Dar in the Accountability Court in Islamabad and Rawalpindi recently.

The anti-graft body last week froze the bank accounts and seized properties of Sharif and his family members to put pressure on them to appear before the court.

Sharif's family has alleged that the cases are politically motivated. Rest of his family is still in London.