Chidambaram questioned the government's high GDP growth number when vital economic indicators like household savings, the value of rupee and creation of employment had slowed down as "never before". 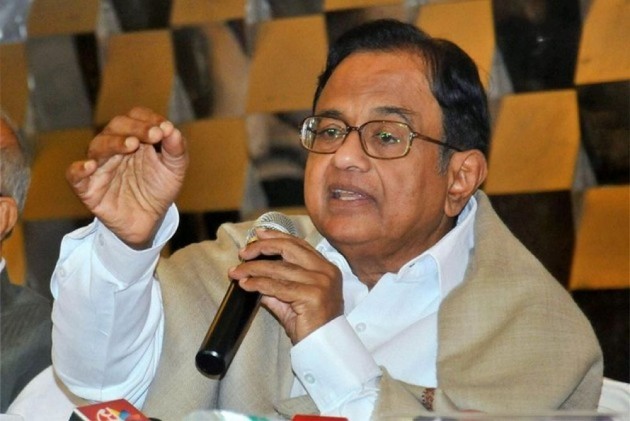 The former Finance Minister P. Chidambaram slammed Prime Minister Narendra Modi for remarking demonetisation as a "bitter" medicine to get rid of black money. Chindambaram claimed that it destroyed the Micro, Small and Medium Enterprises (MSME) and now the government wanted RBI to revive the sector.

The finance minister and RBI governor used to work closely when the UPA was in power unlike under the current government, Congress leader P Chidambaram said Wednesday, picking on Modi dispensation over its rocky ties with the central bank.

He also questioned the government's high GDP growth number when vital economic indicators like household savings, industrial credit, export growth, the value of rupee and creation of employment had slowed down as "never before".

The former Finance Minister also took strong exception to remarks reported in the media of an unnamed government functionary who had said that government had acquired primacy on policy matters vis-a-vis the Reserve Bank of India.

"The difference between the UPA government and the NDA government with regard to the relation between the finance minister and the RBI governor is the finance minister and the governor used to talk to each other practically every week, meet each other practically every month and work closely with each other in the IMF meetings, in the World Bank meetings and on many other occasions.

"In the NDA, they don't work with each other. That's the difference. There has always been a government point of view and an RBI point of view," he told journalists.

Chidambaram, a former union finance minister, however, said there never came a situation before when section 7 of the RBI Act was threatened to be imposed or the central bank's
board had to meet for 9 hours.

The RBI board had a marathon 9-hour meeting Monday amid its standoff with the government over alleged interference in the functioning of the central bank on a host
of issues including sharing of surplus reserves.

Chidambaram accused the government of "meddling" with the methodology of calculating the GDP numbers. He said despite the economy "limping" along at a growth rate of less
than 5 per cent under the impact of demonetisation and a "flawed" GST, the government had ramped it up to 7 per cent.

The Congress leader attacked Telangana's TRS government, and asked caretaker Chief Minister K Chandrasekhar Rao to explain the reasons for the failure to implement its
poll-time promises of providing three acres of agricultural land to each dalit family, constructing 22 lakh double bedroom houses for the poor and 12 per cent job quotas for religious minorities and scheduled tribes.

"None of these major promises have been delivered. This state of economy in Telangana is best captured by one number. After five years of TRS government Telangana has a
debt of 2.2 lakh crore," he said.

Talking about attempts to forge a broad-based anti-BJP front of opposition parties, the Congress veteran said it was only natural as the BJP-led government at the Centre was
"off the track and taking India in the wrong direction".

"We don't look at the differences. We look at commonalities (for cobbling together an opposition coalition)," he said.

The RBI board on Monday decided to form an expert committee to examine the economic capital framework of the central bank to decide the amount of reserves it can maintain, handing over the balance to the government.