National Congress Has No Strategy Or Stamina To Fight against PM Modi, Says Owaisi

Congress Has No Strategy Or Stamina To Fight against PM Modi, Says Owaisi 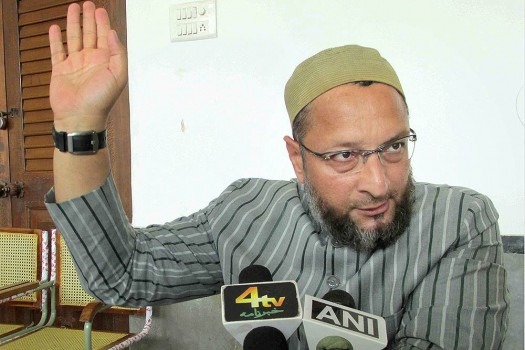 "BJP leaders are calling Rahul Gandhi a non-Hindu and Congress is calling Prime Minister Narendra Modi a non-Hindu, but when I say I am a Muslim, why am I questioned?" Owaisi said, while addressing a public gathering, here.

The Congress, yesterday, got the biggest electoral jolt after the BJP won the Amethi Nagar Panchayat by over a 1,000 votes.

To this end, Owaisi said Congress didn't have any strategy to win against the BJP.

"The Congress Party must understand that they do not have the strategy and the stamina to fight against Prime Minister Modi," he said.

Amethi is Congress vice president Rahul Gandhi's Lok Sabha constituency, and has long been a bastion of the Gandhi family.

Owaisi further said the Muslims were the most backward in Gujarat, after Dalits and the tribals.