'Our Writers Have Little Integrity'

'Literature here is mostly still written to present the smoothest possible picture and to impress outsiders.' 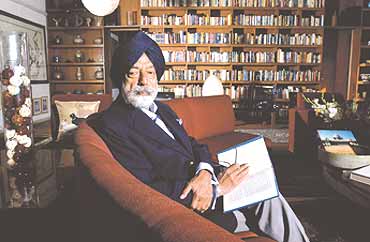 DELHI IS among the three or four most historic cities in the world, and the pace at which it is being destroyed should be a matter of concern for us all. The city’s conservation, historicity--and most importantly, its livability--are under threat; water management and medical facilities are poor, and no one is building for posterity. There was a time when Zauq could write "Kaun jaaye Zauq, dilli ki galiyan chhodkar" ("Who would leave the streets of Delhi, Zauq, and go elsewhere?"), but today anyone would be glad to go away--unless you happen to be one of the privileged. INTACH has done some good work with its publications, such as Delhi: The Built Heritage--A Listing by Ratish Nanda, Narayani Gupta and O.P. Jain. This is a fine, comprehensive listing of monuments in the city--over 1,200 buildings of archaeological, historical and architectural importance. There is also Percival Spear’s Delhi: Its Monuments and History, published in the 1940s and still one of the best guides to the city. I co-edited (with Ram Dhamija) a collection of essays and editorials from my magazine Design into a book called Delhi: The Deepening Urban Crisis, which looks at various aspects of the city’s development, and organisational failures.

In fiction, I like Ahmed Ali’s Twilight in Delhi, a very grim but enjoyable book that came close to touching the reality of its times (the early 1940s). Reading it, one also realises that in many ways we are worse off today than people were in those days.

Our writers have little integrity--literature here is mostly still written to present the smoothest possible picture and to impress outsiders. Even in the daily media, one sees a pandering to the most privileged sections of society: every day there are accounts of disruption in air traffic--something that affects only those who can afford to fly regularly around--while the majority of citizens can’t even take their children to hospital.

"Delhi has no culture"