Winds Of Change: How Afghan Women Are Building A Better Future

Female jurists, filmmakers, educationists and other professionals are not only excelling in their fields but are also defying social taboos and creating a more egalitarian society. 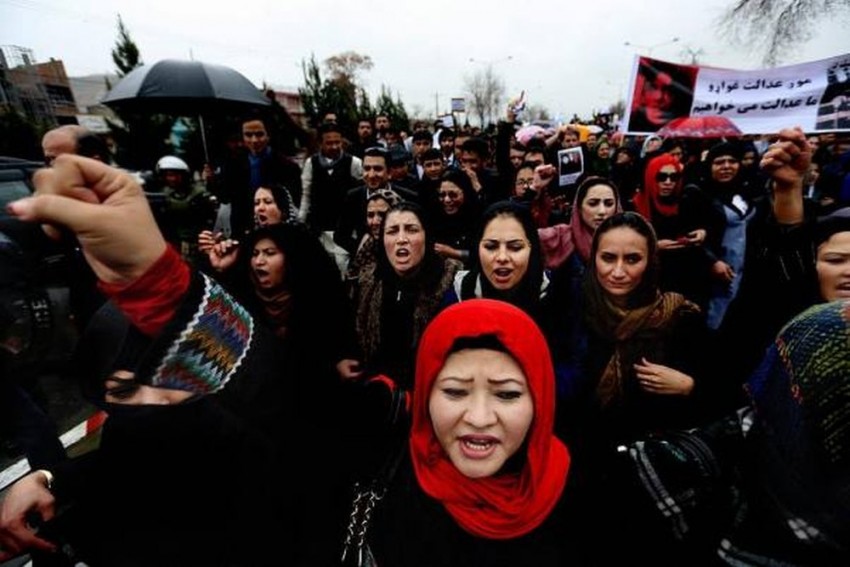 Afghan women chant slogans during a protest demanding justice for a woman who was beaten to death by a mob after being falsely accused of burning a Quran last week, in downtown of Kabul, Afghanistan. (AFP photo)
Neelapu Shanti 2019-12-03T16:14:48+05:30 Winds Of Change: How Afghan Women Are Building A Better Future 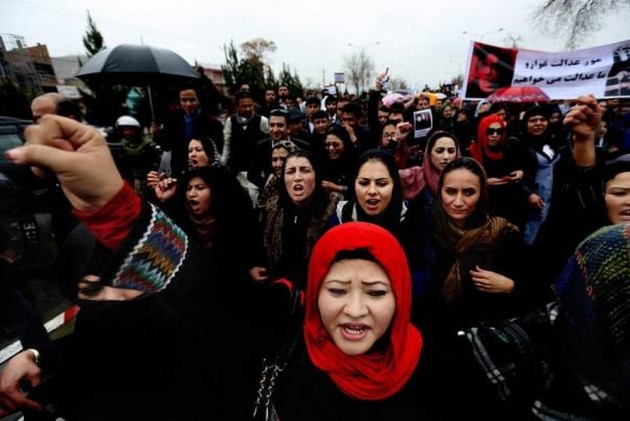 Remember the stories emanating from Afghanistan about the Taliban’s edict on women? The country has come a long way since the oppressive Taliban days.

There are now more than 1,000 women-led and owned businesses in Afghanistan. The founding of the Afghanistan Women’s Chamber of Commerce and Industry in 2017 encouraged the country's women to enter the domain of entrepreneurship. More than 850 women have registered their businesses with the trade body. In 2017, women constituted 29 per cent of the workforce—a figure that has seen steady growth since. The Afghan High Peace Council, established to promote peace in the war-torn country, has 16 female members.

This change also shows in the films set in the country. Take the Angelina Jolie-produced animated movie, "The Breadwinner". It features a charismatic 11-year-old girl, Parvana, who poses as a boy to support her family. Her story has inspired thousands of Afghan girls, who seek to live freely and independently. Another trailblazer in the country’s cinema industry is SahraaKarimi’s Hava, Maryam, Ayesha, Afghanistan’s 2019 entry for the Oscars.

The movie portrays the challenges the three women from different sections of society face and how they reckon with patriarchal constraints. “My goal is to narrate the lives of women, who haven’t had a voice for many years and now are ready to change their destiny,” says Sahraa.

Aisha Khurram, a law student at Kabul University, was selected as Afghanistan’s Youth Representative to the United Nations for 2019. Due to the violence in Afghanistan, her family had fled to Pakistan, where she was born. She first went to Afghanistan in 2004. "For decades, our fears and future have been decided by warring parties, irrespective of our perspective, irrespective of our opinions and our part in the process,” Aisha told AFP in October.

She seeks to engage with young Afghans on social media and share their ideas regarding promotion of peace, security and positive changes in Afghanistan. She also aims to organise a "youth jirga", a meeting of young people from across the country to come up with solutions for making the peace process more inclusive and effective.

The winds of change are going far beyond urban centres such as Kabul. In the northern city of Kunduz, SediqaSherzai, the founder and editor of Radio Roshni, has been broadcasting programmes made by women on women’s issues since 2008. In 2009, the Taliban fired at the station, destroyed its archives, looted its equipment and issued death threats to Sediqa. She has also faced a lot of opposition from men in the region, who accused her of leading women astray. However, she continues her work undaunted.

In November 2015, Fereshteh Forough launched Code To Inspire, the first coding school for women in the country. She also created the first video game to fight opium production in Herat. Fereshteh was born to Afghan parents in Iran, where her family had taken refuge. After the fall of the Taliban regime in 2001, they returned to live in Herat. She completed her bachelor's degree in computer science at the University of Herat before completing a master's degree in Germany.

Fereshteh’s achievements are just one of the many which women have garnered in science and technology. The Afghan Dreamers, an all-girls robotics team, won the 2018 Rookie Inspiration Award at the First World Championship, a four-day robotics even held in Detroit, and first place in the International Entrepreneur Challenge at Robo RAVE International in Albuquerque, New Mexico. The youngest woman to fly solo around the world in a single-engine aircraft is of Afghan heritage: ShaestaWaiz, a certified civilian pilot who received a National Air and Space Museum trophy in 2018.

In the legal field as well, there are notable women achievers despite their low representation — a 2013 survey of the International Law Development Organisation revealed that around 8 per cent of judges, 6 per cent of prosecutors and 20 per cent of lawyers are women. In rural areas, though, the female representation in the field is still lower. Zainab Fayez, the only woman serving as a prosecutor in Kandahar, has been lauded for resolving dozens of cases of abuse against women. She has helped detain 21 men accused of violence against women, including police officials.

Despite the accomplishments of Afghanistan’s women, a lot remains to be done. But as they take initiatives to empower themselves, the prospects look encouraging.

As Mariyam Safi, who has established the first network of Afghan women researchers and analysts, says she firmly believed that women could be a catalyst in the peace process if a coordination mechanism is developed that connects women from villages to the district, the provincial and the national level in a systematic manner.

“Only then can we ensure that information, awareness and capacity-building programming percolate all the way to the grassroots,” she adds.

(The author is a Delhi-based international affairs researcher)