Home  »  Website  »  National  » Opinion  »  What India Could Have Done To Better Handle The Deadly Coronavirus
Note From A Policymaker!

What India Could Have Done To Better Handle The Deadly Coronavirus

When news about the spread of COVID-19 and deaths poured in January, considering our dependency on China, the National Disaster Management Agency & the National Centers for Disease Control should have sprung up into action, writes Prof. Rajendra Pratap Gupta. 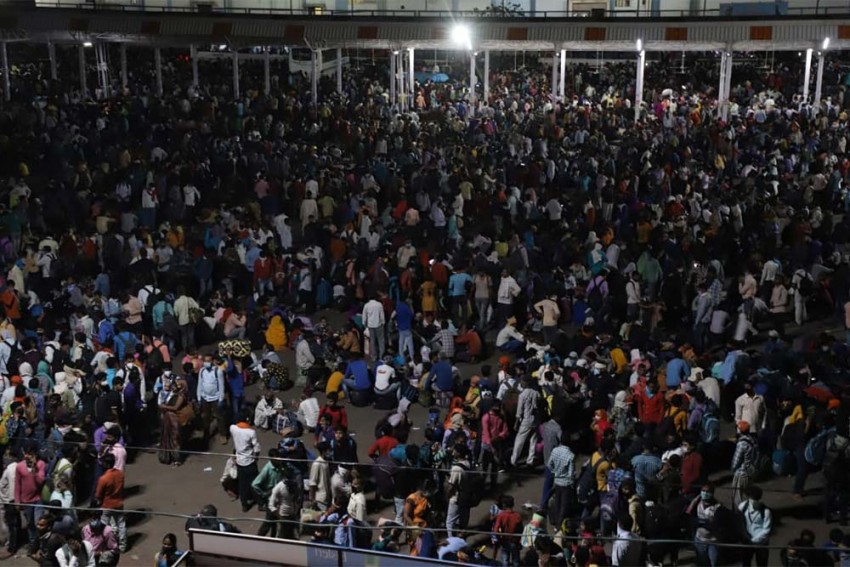 Migrants wait to board a bus to their native villages during a nationwide lockdown, imposed in the wake of coronavirus pandemic at Kaushambi, in Ghaziabad.
Suresh K. Pandey/Outlook
Prof. Rajendra Pratap Gupta 2020-03-29T09:44:03+05:30 What India Could Have Done To Better Handle The Deadly Coronavirus 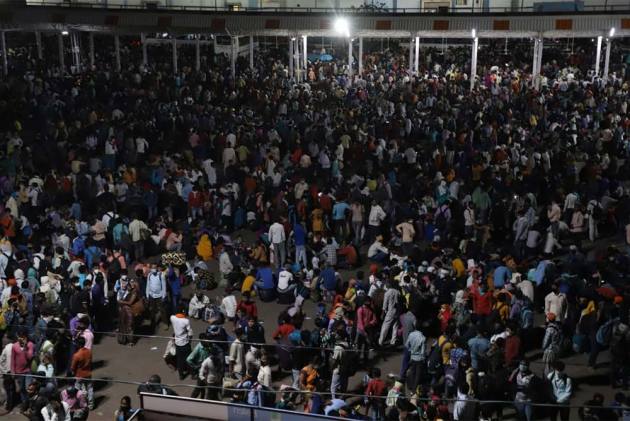 Any major setback is an opportunity to introspect and improve the system and make it future-ready. As a policymaker, I have worked with the government and with five union ministers and made suggestions, recommendations, and policies across sectors. I am sharing what we could have done and what we can still do in light of handling the COVID-19 crisis in India.

When news about the spread of COVID-19 and deaths poured in January, considering our dependency on China, the National Disaster Management Agency & the National Centers for Disease Control should have sprung up into action. When the first case outside of China was reported in Thailand on 13th January 2020. As a member of WHO, for India, the first step should have been to:

• Screen all passengers with a travel history to China from 15th December, 2019 and Thailand effective 1st January 2020.

• On 30th January, 2020, when the WHO declared COVID-19 a Public Health Emergency of International Concern, India should have locked down all international arrivals immediately and should have invoked the Epidemic Disease Act 1897. As on 20th February, 2020, there were 76000 cases of COVID-19 all over the world, and India was still waiting and watching!

• Prepared for isolation beds in districts where travellers from abroad having a contact history with China and other affected countries. This data is available at the Immigration department. If the lockdown had happened on 30th January, the numbers would be far lesser compared to a lockdown that was effected in the last week of March instead of the last week of January, a delay of two months in responding to this public health emergency is a cause for serious concern. Which gives a reason to consider appointing a ‘Union Minister of State’ in charge of Public Health exclusively.

• BJP, in its Election Manifesto had promised to set up an Institute of Big Data Analytics for predictive sciences ( page 35). If that was done, we could have a clear trajectory based on predictive models of the impact and the preparedness needed. Still, the time to set it up within NITI Aayog.

• On 18th April,2018, I made a presentation to a gathering of state labour ministers of setting up a mobile app-based national program for unorganised labour – ( named 'Vishwakarma'). Which would track and serve 5 crore plus unorganized workers (if we added an average family size of 5.1, this would take care of 20 crore people). This could take care of their online payments, schemes for re-training, geo-tagging night shelters, and providing migrant labour helplines to stay in touch with their family at the home state and also, symptom tracking for COVID and contact tracing.

Despite requests from the state ministers present and DG, Labour, this has not been implemented. The presentation is with the labour ministry and is also mentioned in detail in the book 'Your Vote is Not Enough'. This project would have helped the government to address the challenges migrant labours are facing during the lockdown with some having to walk 100s of kilometres. Also, this could have to arrange direct transfers and transportation for them based on their location tracking.

• Immediately on joining as advisor to the Union Health Minister, I had initiated the project of health helpline, 1500 seater doctor manned call centre for addressing common illnesses through a free call ( Named 'Doctor on Call') in June 2016. The Union Health Minister cleared the project in minutes with an in-principle approval from the Finance Minister on 16th October 2016, but it was stuck in bureaucratic log-jam and egos. The project entailed an investment of Rs.340 crores over three years for setting up a medical helpline in multiple languages (File number Z-18015/25/2016-eGov). Had this been implemented, we would have addressed COVID-19 in a much better manner besides reducing the burden due to acute illness on district hospitals and knowing the exact number of suspected cases along with taking appropriate and timely action.

• I was keen that India becomes amongst the few countries to set up a health information exchange (HIE), where we could have patient data and also measure health outcomes. In 2017, this HIE project reached the tendering stage, and after the tender bids were received, it was abandoned. Today, we could have had reports of all thermal screening at the airports and for patients visiting various hospitals if we had rolled out this project in 2017, giving us live data of all patients and suspects.

• I recall when i was editing the health policy, we did mention the mass casualty management protocols and unified emergency response ( page 17), and 'Giving back to Society' initiative for volunteering ( page 24) . During the COVID crisis, this could have come in handy where every doctor would have been called to provide a remote consultation for 10 minutes or for 1-2 patients every day from the comfort of their homes via 'Doctor on call'.

• Another initiative I started for was making the availability of blood / donors online through all an online portal. This comes in handy when one needs a rare blood group or in a specific geography. I don't think it was implemented though I was assured in writing that I was being done.

• By February 2017, I had got a digital dashboard ready to review the performance of various schemes with live data on the number of beneficiaries and fund utilization at the joint secretary level. This, if implemented, would have put our public health infrastructure in a much better position to cope up with immediate arrangements at the remotest level.

As an advisor, I was to ideate and implementation was outside my preview, I did my best for the system to be proactive and robust. The bureaucrats who were responsible for implementation were least interested in the welfare of the people. In fact, one of the senior bureaucrats, whom I asked, if you get the a project implemented would help about 800 million rural population, and he remarked, 'Sir, you seem very passionate about such issues, but for me, it is one of the dozens of files on my desk'. Till bureaucracy is not made accountable, and their fixed tenures are changed to ‘performance-based renewal and promotion’, nothing much can be expected. Except waking up in the times of crisis and going back in slumber again.

Handling of the COVID-19 would have been a lot easier if the right inputs reached the PMO or the PMO got into the depth of the issues in detail.

The MHA should have directed the authorities before announcing the lockdown that; before the lockdown comes into effect, the grocery stores, hospitals, fuel stations and pharmacies could collect their 'Emergency & Essential service passes' or rather the local police be made responsible for delivering it them along with passes for vehicles for home delivery. Today, such stores are not able to door deliver as RTOs are closed, and police start charging batons the moment they see people on the road. Timely preparedness before the announcement would have ensured that people would not have rushed to the stores on the night of 25th, which has fast-tracked transmission due to long queues at the stores and defeated the very purpose of the lockdown.

Now, the government must set up a COVID19 fund where people, institutions, and religious charities can give donations and get 100 % tax exemptions. We all should understand that the government has little latitude given the precarious financial condition due to the prolonged slowdown since 2019 and now a lockdown. We will not be able to cope up with it till people with monies shoulder the responsibility to support the government.

Also, the income tax for people earning up to 8 lacs per annum be waived for a year, so that even if their institutions make a pay cut of 25 % ( some have already done a pay cut), the impact could be neutralized. Also, this is the time when in the interest of the nation, 50 % of the RBI reserves and religious trusts be infused for job creation and resurrecting the economy, in tranches, and with a well thought of plan.

Let us be realistic that divestment of Air India etc. will not happen now, and our core infrastructure is already in distress. So, it is time to prepare a well thought of a plan, and we are running against time. But this is a great time for reform when the world is reeling under the biggest crisis of the millennia. If we have the right plan and execution, India will emerge stronger after the crisis.

We have the prime minister who believes in action, but bureaucracy remains more or less the same when it comes to impact on the ground. If bureaucracy was as good as our PM, India would be well prepared for handling COVID. But today, we know, we could be drifting directionless if this crisis leads to an explosion of fresh cases, and the lockdown extends for a few more weeks. Still, it is time to course correct.

COVID19 has given us an opportunity to reset the system and reboot it. 'Doing the right things, and doing things rightly' are two different things. We need to rejig the system and make it proactive rather than reactive and defensive for its failure. That's what is expected of a fearless leader, which no doubt PM Modi is.