Home  »  Website  »  National  » Opinion  »  Opinion: With Such Suppression Of Freedom To Express, India Might Not Qualify As Democracy Soon

Opinion: With Such Suppression Of Freedom To Express, India Might Not Qualify As Democracy Soon

The abrogation of Article 370, the amendments in the RTI Act, the National Human Rights Commission Act, the anti-terrorism law (UAPA), all affected and undermined the Constitution in different ways. 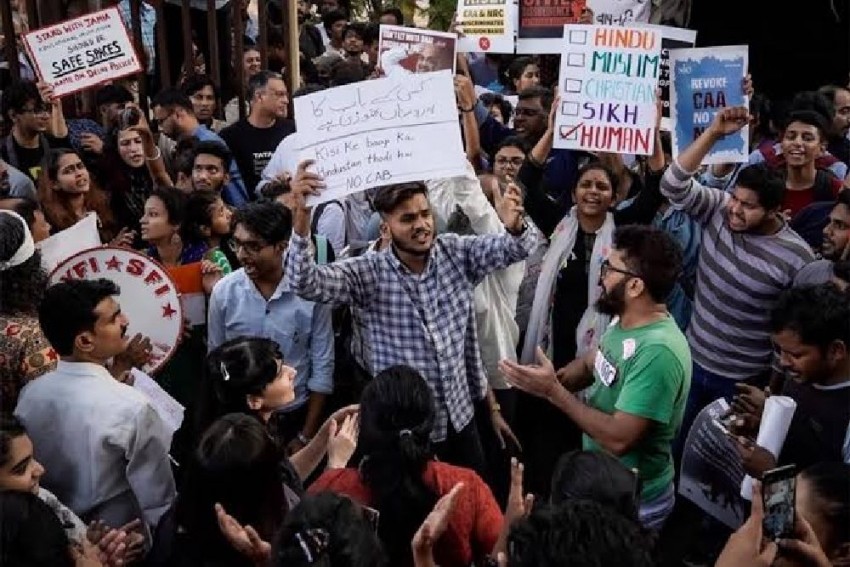 Students, protesters demonstrate against the Citizenship Amendment Act.
Aruna Roy, Nikhil Dey December 24, 2019 00:00 IST Opinion: With Such Suppression Of Freedom To Express, India Might Not Qualify As Democracy Soon 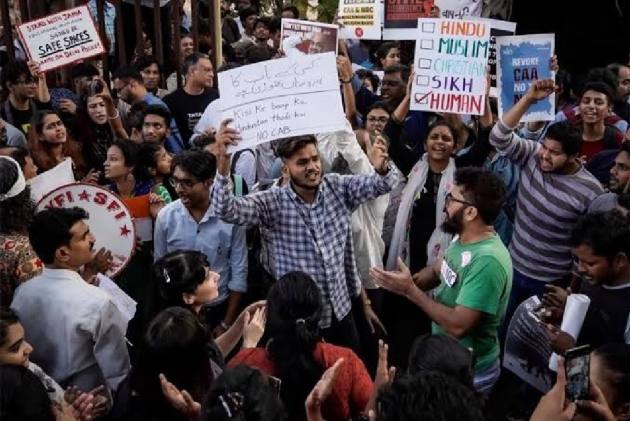 There must have been a set of complex thoughts running through Prime Minister Modi’s mind as he walked into the Central Hall of Parliament on May 25, 2019, after getting re-elected with a huge majority, and swearing allegiance to the Indian Constitution. There was apprehension among many, who saw the BJP and its Hindutva agenda as a fundamental threat to the principles enshrined in the Constitution of India. The apprehension assumed form, in the first session of Parliament, which saw the rolling out of this agenda; in a manner and with a determination, that even his detractors would have found hard to imagine.

The abrogation of Article 370, the amendments in the RTI Act, the National Human Rights Commission Act, the anti-terrorism law (UAPA), all affected and undermined the Constitution in different ways. What followed was much more comprehensively damaging. The announcement of the implementation of a nationwide NRC, on the heels of 19 lakh people being identified for banishment as non-citizens through the Assam NRC exercise, passed a wave of fear through all vulnerable communities. Coupled with the intention to pass the patently discriminatory Citizenship Amendment Bill, it struck a fundamentally destructive blow to the basic foundational principle of freedom and equality of religions in India. It was clear to the 200 million-strong Muslim community that this meant official sanction for harassment and discrimination. A community that had displayed extraordinary restraint over five years clearly saw they were now left with no choice but to take to the streets to fight for the idea of India.

What also became clear soon after the passage of the Amendment Bill was that Muslims were not alone in their desperate opposition to the CAA and NRC. Led by students, there has emerged a loose coalition of citizens, that has spontaneously and energetically taken to the streets with a determination to ensure the withdrawal of these two legal measures, and do all they could to “save the constitution.”

As the BJP has sought to label the protests as violent and even anti-national and suppress them with the use of draconian laws, the police, and the use of force; people have taken to more innovative forms of protest. The students have led from the front. Certainly, not since the emergency, but perhaps never in independent India, have so many protests broken out, spreading spontaneously to most urban centres, and many rural areas.

It is not just students. Non-students, more easy to be targeted by the administration and police, have found more innovative ways of registering absolute opposition to these two measures. A common feature of the protests taking place across the country, for instance, has been the mass reading of the preamble to the Indian Constitution as a kind of oath and affirmation to the founding principles of India. This single measure is worthy of deeper examination: It is the constitution and its rights that are now the explicit grounds of contestation.

As an autocratic government determined to deal with protests with a heavy hand, the BJP has scrambled to pull out all the rules in the book. Some of these are a leftover vestige from colonial times. Section 144, for instance, was brought on the statute book and first used by the British in 1861. It is a pernicious use of the law which prohibits an assembly of persons, in order to then call it an “unlawful assembly”.

People have objected to these measures by saying that like the CAA, they might be legal, but they are unconstitutional, at least in spirit.

Section 144, tear gas, lathi charge, shooting, cases and charges, and shutting down the internet, have all been used in a reckless manner - and yet the protests continue to spread with no sign of them being quelled by these measures. For the Muslims it is being seen as an issue of dignified survival; for the rest, it is all that the constitution stood for including the freedom of expression and the right to equality. Along with the Preamble, the symbols of the republic – the flag, the national anthem, and the copies of the Constitution itself have ironically, but fittingly become the symbols of protest. Creative energies have burst forth in posters, banners, poetry, different forms of Satyagraha, including, for instance, the presentation of flowers to policemen at a protest site. The clashes between police and protesters, the damage to property, as well as violence against the police force, have largely been in BJP ruled states. That points to the desire for most protesters to maintain calm, and when they are given that physical space, they have been determined, but disciplined, and peaceful.

For a country that gained its independence through satyagraha and non-violent protest, it is a sad state that even peaceful protest is quelled through the use of measures such as section 144. In fact, the use of different kinds of prohibitory orders under section 144 and the shutting down of the internet have become the clear signs of an authoritarian regime. India has become the prohibitory orders and internet lockdown hub of the world with the largest number of lockdowns in the world. Kashmir has not had internet for 141 days. And yet this government says that they are empowering people with rights, establishing peace, and that they respect the constitution. The core democratic rights of the constitution are the rights around the freedom of expression.

Sensitivity, consultation and a willingness to dialogue with the people – especially those who are distressed -- is also central to being a democratic state. In the midst of the current crisis, the Prime Minister made an aggressive public speech blaming the protesters and even asserting that the nationwide NRC and detention centres are a figment of peoples’ imaginations! It is now absolutely clear that the current rulers are so consumed by their arrogance of power and impunity that they simply dismiss all opposition as “anti-national” and set up the stage for more repressive action against their critics. Whatever else, it is clear that given the number of repressive measures the state has been using to quell the peoples' freedom of expression “the worlds largest democracy” might not qualify to be called democracy for much longer, Where is this likely to take us?

The battles have only just begun. The ruling party feels they have secured an election mandate which gives them sufficient license to pursue their Hindutva agenda. Seventy years of a functional, though messy, democracy (barring 19 months of the emergency) has given many Indians a sense of how they would like to live. The Constitution now means something intrinsic to most people. The discriminated minority will fight, but they will not be alone in their battle: the battle is for the soul of India, and the heart of the Constitution. It is not often that fundamental battles are fought around explicit constitutional principles. It is in the satyagraha and constitutional legacy that we can see the lasting contribution of Gandhi and Ambedkar. Sometimes real contributions become most meaningful in moments of deep crisis.

As we write this, Jaipur witnessed the biggest peaceful non-BJP parties and citizens rally with a turnout of over 2.5 lakh publicly endorsing a combined statement by Hindus,
Muslims and other minority communities. The rally brought together civil society leaders and the entire top political leadership of all non-BJP parties. Deep fissures are being created in India. The BJP needs to seriously introspect about why they are being seen as a threat to the political and social fabric of India.

Hope is an everlasting spur to public action. The current crisis has shown that large numbers of Indians will continue to be inspired by the Republic.

(The writers are founding members of Mazdoor Kisan Shakti Sangathan, a People's Organisation and part of the growing Non-party political process in India.)