Modi Has To Save One, His Own Image Or The Country!

We have lost a feet-on-ground able administrator to a God-like entity, whose image is now more important than the country’s wellbeing. 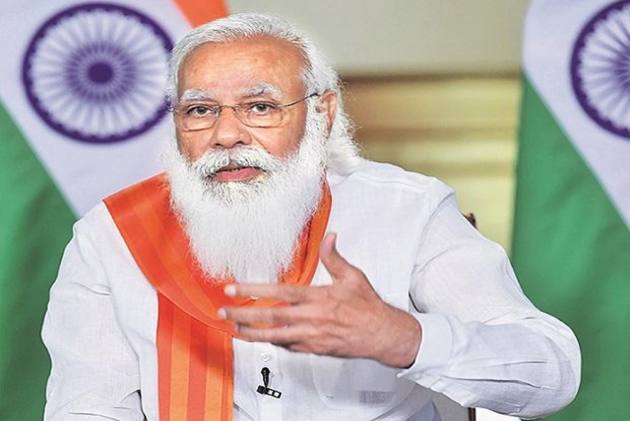 After two-and-half successful (economy, administration primarily) terms as the Gujarat chief minister, when Narendra Modi was appointed as the head of BJP’s election campaign committee, I, like many, thought he was the right person to lead India if BJP won. BJP roared into the Lok Sabha with an absolute majority in 2014 and NDA formed the government. My confidence in him stemmed from the fact that he was a people’s man and after a long time here was someone who could lead the country to a new level of economic growth and prosperity. We had the whole country (including NRIs) celebrating the coronation of the Prime Minister with festival-like pomp and grandeur, catapulting Modi to a God-like phenomenon.

Naysayers had two doubts about Modi’s move to Delhi. One, would a leader who had not known much beyond Gujarat and Gujaratis be able to govern a country as diverse as India? Two, the liberal elites also felt that his political expertise and mass appeal came at the cost of intellectual capital. But by then, people were frustrated with the aftermath created by the backfiring administration of UPA 2 headed by the renowned economist Dr. Manmohan Singh. The country was looking for a change; to have someone at the top to govern India, who could be a true representative of the people having massive political mandate on his side. Quite literally, we put all hope-filled eggs in Modi’s basket. Happily.

I was confident that he would surround himself with an efficient team of ministers, bureaucrats (Modi’s favourite people), and technocrats who would help guide his vision into reality. Modi, coming from Gujarat, always carried the tag of being close to moneybag industrialists in the initial part of NDA 1. The backlash on Modi’s striped suit and the suit-boot-ka-sarkar jibe made BJP shed its capitalist image and suddenly turn to the poor and the rural, a politically astute decision. Demonetisation happened; lakhs suffered but brand Modi grew stronger bringing him back to power with even higher numbers.

At Least The Black Market Is Working!

By then BJP had become a superpower and didn’t really need the partners of NDA in the alliance. Confidence led to arrogance; the coalition partners started feeling threatened. BJP as a party was flushed with funds from electoral bonds and other donations; Amit Shah was hailed as the modern-day Chanakya, who could do no wrong in winning elections. It was a feeling of invincibility that surrounded Modi-Shah, buoyed by an overzealous IT cell working 24X7 and a supportive mainline media. Modi was slowly transforming from being a demi-God to the actual God. The hyperactive social media cell of BJP also smartly appropriated nationalism as praising the government and Modi and anyone seriously against them threatened with action, including charges of sedition.

The supreme confidence of the duo at the top also made them assign important government and institution postings to people they were comfortable with, choices not necessarily based on credibility and performance. This is also when things started taking unexpected turns in various other pockets of India. Shiv Sena, the longtime partner in NDA who fought the Maharashtra elections together with the BJP, outsmarted Shah and Devendra Fadnavis to form the government with a differently aligned Congress and NCP. Results from other key states kept fluctuating for the BJP. Things began to look not-that-rosy.

Modi continued to focus more on winning elections and perception management and less on governance. And his ministers fell over each other to praise him on social media. Then Covid struck us. Modi took it upon himself to address the issue for the nation, announced overnight lockdown leading to nightmarish experiences for lakhs of migrant workers all over. The economy tanked. Amidst all this crisis in 2020, BJP’s think tank continued to build narratives of a possible foul play in Bollywood star Sushant Singh Rajput’s untimely death, possibly to topple the Maharashtra government. Also, Rajput hailing from Bihar, would ideally help BJP in the upcoming Bihar elections was, which could be another reason. After a prolonged investigation by CBI, the case didn’t yield much, then changed contours to finding the use of drugs in Bollywood. Summons of big movie stars for investigation by the NCB became a routine thing. In this entire political drama that unfolded over four months, BJP looked a bit too desperate to regain power in the cash-rich Maharashtra, which they believed was theirs.

Around this time, most governments in the first world had started investing money in vaccine research and development so that they could get off the block, once ready, to vaccinate their citizens. Modi and his team were taken by surprise as they had clearly not prepared for something as humungous as the Covid second wave. After all the hype and hoopla of the March 1 inauguration of the vaccine programme, things started worsening in April due to a fast-mutating virus, multiple state elections, and large religious gatherings like Kumbh. The government had clearly not ordered enough vaccines for a population of 140 crores. Tumbling over the famous Make-in-India tagline --- the primary reason why Modi didn’t approve of the foreign vaccines and preferred the Indian ones, even if they didn’t meet the numbers --- the gasping-for-breath nation soon turned to the whole world looking for medical aid.

Modi still remains the tallest leader the country has today. But he has to deal with one problem- his own image. We have lost a feet-on-ground able administrator to a God-like entity, whose image is now more important than the country’s wellbeing. Continuous image-building messaging by his council of ministers and social media cell has actually started hurting the credibility of Brand Modi. Continuing the work on the Central Vista Project amidst the pandemic or naming the cricket stadium after himself, Modi has erred in optics, that could have been handled differently. He must now go back to the drawing board, craft a softer healing image for himself, seek efficiency from his ministers and institutions (change persons in charge, if need be) and not depend on mere perception management to deliver. People are impatient like never before. They need answers.

(The writer is an author and independent columnist)