Perhaps it is time to state the increasingly obvious: threats to the environment and public health are a matter of internal security. We need to look beyond. 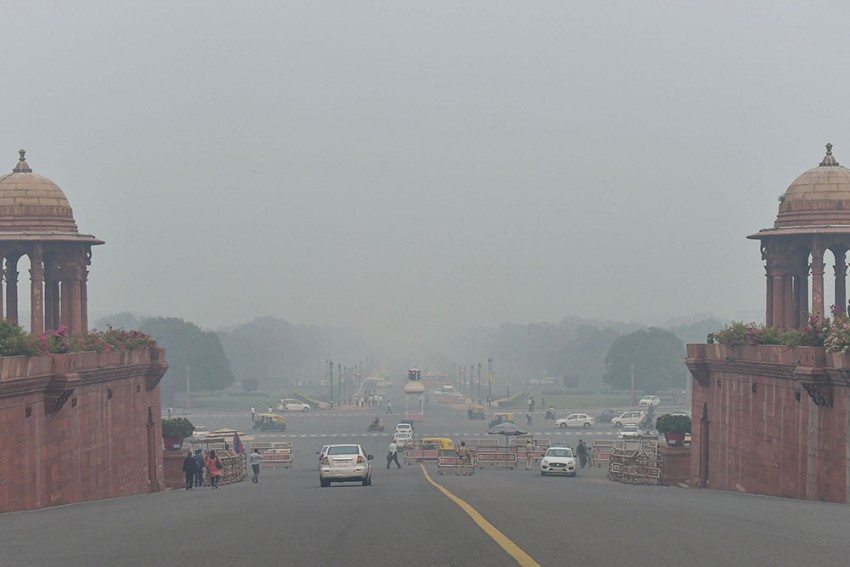 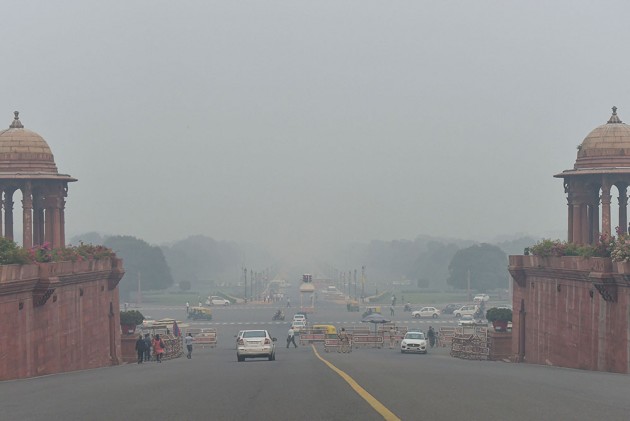 Why is Bollywood not making films on harmful smog? That rhetorical question may well answer some of our concerns as India's National Capital Region (NCR) chokes in foul air caused by a man-made crisis. An official health emergency has been declared but we do not quite know if that goes far enough in finding a long-term solution to the problem.

The problem is difficult to fix with a band-aid approach. Schools are closed till next mid-week, and Delhi Chief Minister Arvind Kejriwal's Aam Aadmi Party (AAP) has already protested outside the capital's Punjab Bhavan and the neighbouring Haryana equivalent, to stop farmers from burning their crop residue that has undone some of the good news that came in the relatively better post-Diwali air, thanks to some controls on fireworks.

What the problem requires is a political or economic surgery.

British American film-maker Chris Nolan's 2014 blockbuster, Interstellar, paints a dystopic futuristic scenario in which people stay indoors as humanity is threatened in the mid-21st century by crop blights and dust storms. The surreal, dark scenes of the movie (which has a reference to India) comes to mind as Delhi chokes. India's own rah-rah movies of recent times have included Uri --The Surgical Strike (on the valour of the armed forces in Kashmir), Mission Mangal (on India's rocket to Mars) and Hotel Mumbai on the 26/11 attacks that was an international co-production.

So the question to ask is: why are only soldiers heroes? And why is only terrorism seen as a threat to internal security? When doctors, environmental activists and concerned policy-makers caution against or act to prevent environmental or health emergencies, why is the awareness restricted to TV news stories that last barely a week or two?

Perhaps it is time to state the increasingly obvious: threats to the environment and public health are a matter of internal security. We need to look beyond. We have a National Security Advisor. Do we need a National Health Advisor? There is indeed a National Health Mission with a "technical support institute" that reeks of bureaucracy more than viable pre-emptive action. The mission is not exactly in mission mode.

The Environmental Pollution (and Prevention) Control Authority under the Supreme Court's mandate gave an order to ban construction activities on November 1, when the air was already foul. Could we not have preventive action well in advance, given that it has happened for many years now? We have a National Green Tribunal that often talks of pollution caused by industries or real estate projects. What happens when farmers are involved? What happens when inter-state issues get mixed up as foul air travels across fuzzy borders?

A study by Boston-based Health Effects Institute earlier this year said in a "State of Global Air" report that exposure to outdoor and indoor air pollution contributed to more than 1.2 million deaths in India in 2017. We may take such numbers with a pinch of salt in a world where makers of air purifiers gain from alarmist numbers. But such numbers are not without basis.

Even if one-hundredth of that number is considered (say, 12,000), let us look at how it compares with terrorism. A report on global terrorism in 2016 said India witnessed 925 attacks that year. Even at 10 people killed in each attack the number would be less than 10,000.

So, do we need camera crews tracking valiant masked soldiers or do we need masked doctors in the frame tracking health emergencies? Do we restrict these to cinema, to be consumed with popcorn whose plastic covers are discarded to choke drains?

Whatever the details, the time is now to make health policy an aspect of internal security. What follows next is accountability for what economists term as "externalities". When farmers burn their residue in distant Punjab, do we pay them more to buy machines that turn biomass into energy or do we do we pay doctors more in Delhi as the city chokes and loses in terms of life, work-hours and health? There is already a Union Cabinet-sanctioned plan to subsidise machinery for biomass energy, but we need to scale this up and make it truly work if we have to have zero-tolerance for foul air.

Public policy has to be pro-active and dynamic in a context where health and environment issues get mixed up. If it takes the Supreme Court to declare an air emergency, as it has this week, the Union health ministry has to take a rap -- and the environment and agriculture ministries as well. Health is a state subject, but Delhi's foul air is an inter-state issue in which the central government has to step in with an array of short and long term options.

(The writer is a senior journalist and commentator who has worked for Reuters, Hindustan Times, The Economic Times and Business Standard. He tweets as @madversity. Views expressed are personal)