Exploring Goa's History Through The Eyes Of Three Photographers 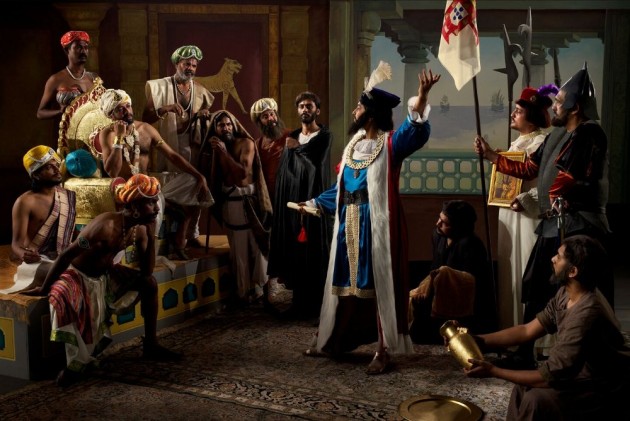 "I have not seen the space, and I do not know if it will suit my needs, but I am preparing for my show," says photographer N.Pushpamala, talking about a show she has been invited to put up at the Sunaparanta - Goa Centre for the Arts, run by the Salgaocar couple, Dipti and Dattaraj.

The sculptor-turned photographer is focusing on the significant period that recreates the landing of Vasco da Gama in Goa. Taking inspiration from an 1898 orientalist painting by José Veloso Salgado, Pushpamala plans to transform herself into the Portuguese traveler to tell the story.

"I plan a tableau, rather like an installation to recreate the mood of the painting," she explains. "But I wanted new aspects that are not part of the painting, so I will add other things in the space... a wooden desk, globe, texts, perhaps," she says, adding,  " it is still in the final stages of planning so I may add or take away." 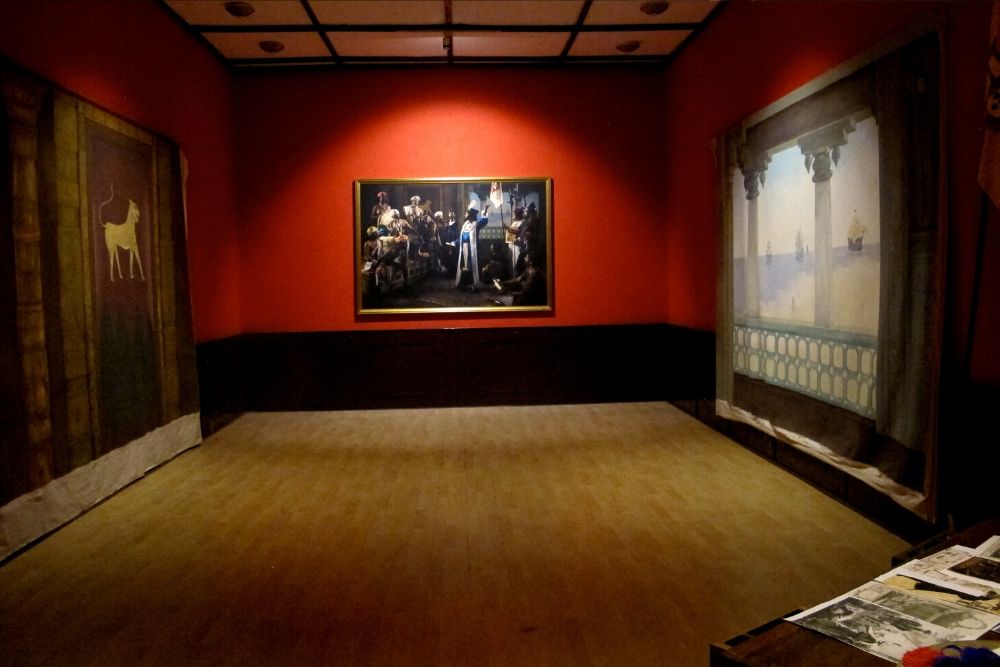 So, the photograph of the painting will form the backdrop, along with her collection of artefacts and objects that recreate and extend the scene, and the photographer will speak to the audience culling material from her extensive research on the subject and the period. "I have been working in this for years," she says, adding things, reading up more and more. "But now that I have a deadline, it has all come to a head. And I have to put it together. "

The focal point will also include a video where she will share the fruits of her research as a lecture-performance... as " I am not comfortable facing an audience, being more used to hiding behind a camera, so I am shooting a video (because the camera is nicer) that will tell the story."

The video is a work in progress and it is here that the audience will see her wearing a moustache and beard and donning the persona of Vasco da Gama. "I am really challenging myself," she adds about her role in the show.

It has not been easy putting the video together. "For one, I have to get into the part," she says, "then there is the makeup. I only work with a makeup man who also happens to be the best in Kannada films, and thus is really busy. Then there is the video photographer who also shoots for theatre. He has been traveling with a Girish Karnad play, and I have to catch him whenever he is free, I am promised ten days in March. And the two people’s dates have to coincide," she adds.

"It is a surprise," she adds, not wanting to spoil the show for the audiences who will gather to walk through the installations.  "In fact, as new conversations and incidents continue to mould my thought, I do believe I will surprise myself with the final outcome."

The two other photographers at the event will showcase the 1970s and a period in time that could even belong to the present, respectively.

Waswo X. Waswo’s handpainted photographs of the hippies on Goa’s beaches, titled Longtimers  have ordinary people playing roles about themselves.  The dramatic restaging in the photographs creates a storyline that is neither fact nor fiction, with the characters posing in situations that they feel best articulate who they are, regardless of how the world perceives them.

On the other hand, nostalgia rules over Once Upon a Home, which is Ipshita Maitra’s work. She visits old houses, groves of trees, a much-loved by children banyan tree, the local chai stall, a chapel and captures them using photographic methods now abandoned for slicker, quicker results by most photographers. The result is a pean to lost places and disintegrating memories, captured in an art form that itself is from a forgotten time in the evolution of photography.
Taken together, it provides an exploration of Goa’s past, even as it looks forward into the present, and moves towards the future.

( The event, earlier scheduled to open on 14 April, has now been moved to October).