Six years after its launch, the ‘Sansad Adarsh Gram Yojana’ has been ineffective in ushering in development in chosen gram panchayats, with a central performance audit urging the rural development ministry to review the scheme. 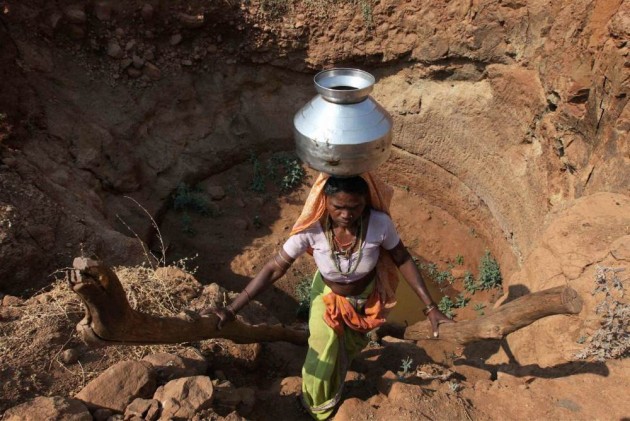 Prime Minister Narendra Modi is known for launching large-scale mega projects with epic fanfare. In October 2014, a scheme called the ‘Sansad Adarsh Gram Yojana’ (SAGY) was launched. The idea was that every Member of Parliament would be asked to adopt a village in their constituency and develop it as a model village. This would then become a blueprint for developing other villages. The goal was to develop three Adarsh Grams by March 2019, of which one would be achieved by 2016. Thereafter, five such Adarsh Grams (one per year) will be selected and developed by 2024. In the first phase of the scheme, 703 out of 786 MPs adopted villages. The adoption saw a downward trend after that. In phase 2, 466 MPs identified villages while in phase 3, the number drastically dropped to only 172 MPs. Clearly, there is a definite trend of MPs losing interest in this much-publicised scheme.

However, six years after its launch, the SAGY project has been found to be ineffective in ushering in development in chosen gram panchayats, with a central performance audit urging the Rural Development Ministry to review the scheme. Commissioned by rural development ministry, the Common Review Mission-2019, an audit of rural schemes, has noted: “The CRM teams that visited the states did not find any significant impact of this scheme. In many of the SAGY villages, MPs did not give any significant money from MPLADS.

In isolated cases, where MPs have been pro-active, some infrastructure development has taken place, but the scheme has not made any perceptible impact.” It would be worth mentioning here that as on date, the BJP has a total of 378 MPs in the Rajya Sabha and Lok Sabha combined. Of course, the total number of occupied seats kept changing because of retirements, resignations and deaths, but even when we take that into consideration, the participation in the later stages of SAGY is quite disappointing. At the very least, efforts should have been made to get BJP MPs to be diligent about these adoptions. So why is this scheme proved to be a non-starter after six years of its launch? Why are MPs losing interest? The answer to that might be in the way this scheme was designed and how it works.

One would assume that if the government launches a scheme, there would be some funding attached to it. Where does the money for projects come from? The MPs who adopt villages under the SAGY scheme are supposed to fund projects in their adopted villages using their Members of Parliament Local Area Development (MPLAD) Funds. An MP gets five crore rupees a year as MPLAD funds and this is one village we are talking about. Some Constituencies have an upward of 3,000 villages. As an MP, picking just eight villages (till 2024) and spending a chunk of annual development money on those is just plain bad politics. It will lead to widespread resentment among constituents from other villages because they are quite aware that MPs can spend money from their funds to develop projects across the constituency. It shall accord elite status to few villages and it raises questions because only those three villages get the right to be developed and others do not. The trickle-down theory advocated by the liberal economist would not help to materialise real change.

It is also morally not correct that MPs use all their funds to develop three Adarsh Gaon while depriving the rest of the people and villages of his/her constituency. It may further perpetuate the lopsided and imbalanced development from which Indian society is already suffering. The MPLAD funds need to be spread out throughout the constituency. Moreover, caste and religious considerations being some of the major factors in Indian politics, they are most likely to play an important role when it comes to adopting villages. Therefore, while adopting a village the ‘vote bank’ considerations shall prevail on account of caste and religion domination of a particular village and thereby, creating a fault-line within the constituency.

The reluctance on part of MPs to adopt villages might also stem from the fact that there is little administrative follow-up after villages are identified. The MP might have diligently chosen three villages, meticulously planned out projects according to what his constituents need, and made efforts to turn his adopted villages into model villages. But it all depends on how well the follow-up from the respective state government is to implement these multiple projects. If the state government stops showing interest in these model villages, MPs will also lose interest in adopting and transforming more villages. Bottlenecks like lack of tech-savvy officials would seriously affect the execution of the goal of SAGY as e-governance depends on accessibility as well as technological know-how.

Lack of time limit to execute the programme may defeat the purpose as MPs are good at not honouring the time limit as they know nothing shall happen to them even if they fail. In addition, no power has been accorded to Gram Panchayats. Although the program provides for the design of model villages to be done with the help of Gram Panchayats, it does not provide them the honour to become an implementation vehicle. It once again places the most powerful tool for Bharat Nirman under the MPs and bureaucrats. Therefore, the biggest lacuna of the scheme is to rely on the same worn out vehicle for its implementation.

Further, in India, history is witness to how even the best of the policies launched by the government failed to achieve its target only because of corruption. One such example is MGNREGA. Finally, there is lack of any method of “Jan Sunwai” or social audit which is the best method to bring transparency to any scheme and make the implementation authority accountable to the common citizen and help the latter become more aware. Even though audits have been always resisted, the government fails to understand its potential and implement it fully.

The SAGY might have been launched with epic fanfare but because of poor planning and plain ill-thought-out policy framework, it is failing miserably. No matter how much more money you throw at it now, it will not work.

(The author has over 23 years of industry experience in heading HR function with some of the finest Indian and MNC companies. Views expressed are personal.)