In Post Covid World, The Labour Class Will Emerge As A Conscious United Front

The growing global crisis today has allowed the working classes to reflect upon the brutal capitalist economic structures and the passive political system that has failed in protecting their basic interests. 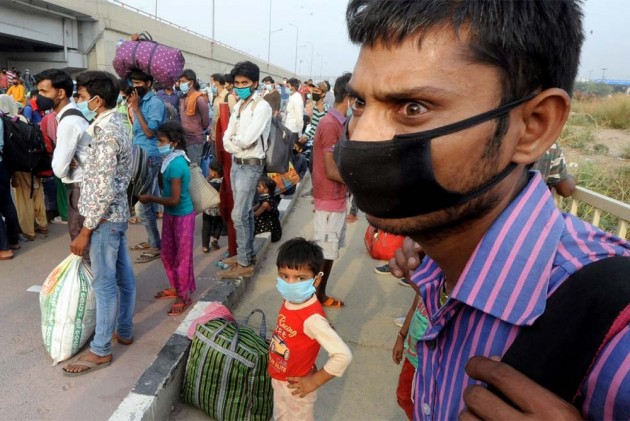 Within the Left-Socialist literature, the industrial labourers are celebrated as the conscious proletariat class that has the potential to bring down the capitalist exploitation and establish a free and fair world for all. However, such heroic projection soon collapsed, as the state-capitalist nexus emerged more powerful than the poor and vulnerable class unity of the industrial labourers. Further, for a longer period within the organized Trade Union movements, the informal laboring classes remained peripheral and are not considered as important constituency.

In the post-liberalization period, even the basic social security offered by the state and the capitalist industry was systematically snatched. Major labour laws were compromised to benefit the Industry owners and it has resulted in the influx of labourers into informal sector. Longer working hours, precarious working conditions and wage cuts have become common practices. Further, the power and authority of the organized labour or trade union has also declined considerably. Though there were ceremonial annual strikes and sporadic protests by the laburers in cities (the Maruti Workers Strike in 2011 is a major example), however, its political impact has been negligible. The state’s economic policies have continued to benefit the capitalist expansion.

The Left parties or its mass organizations showed limitations in protecting the interests of the working class or have failed in building popular working class struggles to organize labour class politics. The Left parties have shown their competence in conveying broader political alliances with secular bourgeois parties to keep the rightwing forces away from state power. However, the mobilization of the labouring class as the crucial constituency for democratic change was not explored much.

The working class population has witnessed one of the worst economic crises in the post-partition period; especially the powerlessness of the poor labouring classes is overtly visibly, as hordes of floating migrant labourers over the borders of Mumbai, Surat, Hyderabad and Delhi are struggling to reach their destinations. The extended lockdown has made it difficult to survive in the cities amid hunger, poverty and insecurity. Though it is extremely acute, it has hardly gathered enough attention to become a national crisis for the current regime. Some civil society organizations or concerned individuals did show kind affections and made the crises visible on social media platforms, however, it has yet to become a political issue on which the current regime can be reprimanded.

In all major cities, thousands of labourers are stranded and desperately waiting for governmental solace. Ironically, there is no influential leader, union or political party that has the capacity to become the potent voice of the struggling urban poor. The Left trade union organizations or the Dalit-Bahujan political parties, which otherwise pledge to represent the poor, the marginalized classes and weaker sections, have not shown enough promise to lead them in such dire situation.

The current meltdown of the economy and the volatile job market has created immense crises for the poor and marginalized working people. The crisis is also going to downsize the savings of the middle class, which will reduce the earning capacity of the workers and will also affect fair conditions for employment. The terribly burdened classes are the poor migrant labourers, daily wage earners and skilled technicians. The fear that a large working class population would be unemployed, poverty ridden and have to work in precarious conditions, is looming large over the nation. The general working classes would surely suffer, however, the socially marginalized groups -- mainly the women, Muslims and the Dalits -- would be the worst affected categories.

Noble laureate Abhijit Banerjee has suggested that the working class poor needs immediate relief and therefore, the state must provide big stimulus package like direct cash transfers to the poor to restore the buying capacity and thus, increase the demand in market. Such an initiative may be crucial to mitigate the situation, however, it would not end the perpetual miseries under which the working class has engulfed itself. In addition to the sincere welfare measures by the state, the poor labouring classes would also need to awakening from its passive survival. There is a need to articulate a heroic political voice of the working classes so that it can re-introduce itself in the political space as competent and independent negotiator, to secure greater economic equity.

The current crisis is equally pregnant with new possibilities for the future. The labour question of the future would not merely be about protecting their basic rights within the urban spheres or for some material doles of state. The workers should make claims that the terrible insecurities and threats that they have experienced during the time of Pandemic shall not be repeated again. The post-COVID world must reflect upon the grave tragedies and wretchedness under which the urban poor, especially the migrant daily wage laborer have suffered. The new working class politics must assure that similar neglect and brutality against the poor would not be tolerated again.

The nation may witness that in response to the current economic crises. There will be new labour politics and working class mobilization for a better change. The growing burdens of the working classes may push the Left and the Dalit-Bahujan political outfits to rethink their political options and ideological formats to address the growing economic maladies of deepening poverty, rural unemployment, social security and how one can achieve better life conditions for the urban working classes. There is an immediate need of new political force, intellectual acumen and revolutionary leadership to engage with the labour question at the mainstream political front. The deprived, the destitute, the poor and marginalized labouring classes shall emerge as the conscious united front to make bold claims for substantive economic justice now.