Change How You Think, Not Just The Rifles

The government needs to work on five key areas for us to reach a place where we can take on China confidently. 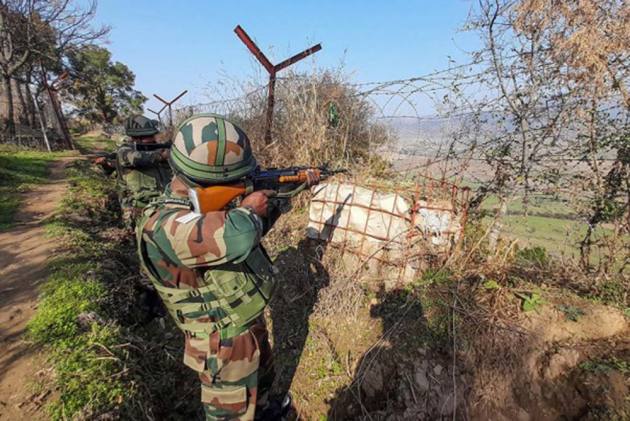 “Winter is not a season, it's an occupation”. Nobel Prize winner American author Sinclair Lewis had said this with his typical penchant for wit. But he couldn’t have been more right as far as India and China are concerned in the winter of 2020-21. It’s a winter of occupation and deployment, and all around the speculations of what summer brings are keeping both sides awake.

Since both sides are now heavily deployed along the LAC, the chances of anyone advancing ahead even in summers to get some territorial advantage, without raising the violence to a war or near war-like situation are close to nil. The consternation that Indian military was living in should ease now, as we have them in sight. What is required now is tremendous planning and preparation. And that means we bring in new thinking and approach and not just new rifles and drones. The state we are in as of date, more psychologically, than militarily, we are not ready to wage any war. In my opinion, the government needs to work on five key areas for us to reach a place where we can take on China confidently.

First and most important is the will to fight them. Since the debacle of ’62, we have always been on the backfoot as far as China is concerned. Call it the lack of capabilities or political will, we just don’t take them head on over any border intrusions and land grabbing. We have contained ourselves in a bracket where stalemate with China gives us a “notion of victory”. This needs to change, and we have to prepare ourselves, that a day might come that we will go to war. The country has to stand behind the government. A lot of tough decisions in India are avoided for the fear of losing popular votes by political parties in power. The government has to get over it and take the Opposition on board and make it a decision that no change in government will overturn. This perception management cannot happen with the present communication pattern of government.

In Israel-UAE Deal, India Stands To Gain But Pakistan’s Terror Factory Will Be Dented

Defence news has to be given to people from a chair of authority and in real time. This transparency will ensure the trust and confidence in the government’s decision making and will lead to approval. In the absence of this clarity, the common man is left speculating and partisan media controls the narrative. Single incident is flavored to personal choices and favoritism and any incident can have multiple narratives, data and meaning. Just to give an example, the Galwan incident is a prime example of rumors and speculations running wild and peak of “source-based reporting” that differed from channel to channel, leading to unending fables spun on social media. It should not be like that. By letting the basic storyline go asunder, the government is not letting people change opinions about the stand government wants to take. People listen to their favorite channels, anchors and defence experts and those who criticize continue criticizing and those who applaud continue to do so. By streamlining and regulating the dissemination of information, the government and military can cut through both unnecessary jingoism and hyper sensationalism, and let the common man know and understand the reality of future and drudgeries of present. The rhetorical ball lying in court of propaganda has to change court and move to an honest and transparent side.

Secondly, divorce the military from politics. A professional Army and its leaders have no business doing course corrections depending on who is in power. Yes, the order comes from the Prime Minister. But after that, let them run the show. Only a military officer should brief and announce every operation, surgical strike or casualties, as he is the custodian and leader of organization and its members. Not a politician or bureaucrat and definitely not media. A quintessential soldier is a conformist, orderly and cast in laid-down rules. But that should not be taken as his acceptance to be subservient to political masters. When it comes to battle plans, he is the most innovative, resourceful and free thinker. That quality has to flourish and be nurtured, which cannot happen if they are micromanaged. The armed forces themselves suffer from this, and added political layer just makes it worst. The pressure of validation or censure from media is so high that even serving generals do not give interviews, except for a very calculated speech on some events. The stifling noose has to go and let the military interact freely with media and people of India. The government can trust an officer to command an entire unit or subunit, fight battles and be responsible for lives and death of hundreds of men and women, and cannot trust him to give an interview to media. We need confident leaders and not constant approval seeking acolytes who are scared to take decisions. It’s this attitude that will turn armed forces into a confident and ruthless war machine that can take on anyone in the future. Let people not be scared of failing, and then we should expect mavericks who will bring victories. “Zero-error syndrome” only results in safe and extra cautious approach, which never won any war.

Thirdly, build up the infrastructure. The LAC should be a line set in concrete and laden with activity. Let it be the stop where Indian Gandalfs can stand and challenge the Dragon saying “You shall not pass!” Roads, bridges, buildings, barracks and everything that can spell military base, solid and unmovable. In case of hostilities, we have to be very sure that our line is not only defendable but the last point to which Chinese can come. This will take time. Couple of decades maybe. But then no major problem was solved in a day. A few decades back, we could not think of attacking even Pakistan with guarantee of victory. But now we can, and border infrastructure and its infallible positioning is one of the major factors for that confidence. Border infrastructure development cannot be limited to road access only. It has to be coupled with strong yet comfortable garrisons that majorly add to the defensibility of the sector. Build airstrips and helipads everywhere. Connect every corner of deployment (wherever possible) with roads. Build open air cinema halls and keep showing “Sadak 2” in endless loop to Chinese. Psyops!

Fourth, equip your forces well. Now this is the backbone of success. The trick will be creating a balance between importing latest tech only till the time we can build our own at same level. Which implies that soldiers should not be left wanting and nor should be depend only on foreign products and tech. We have taken major leaps in indigenization and self-reliance, and this tempo has to be maintained. On the other hand, defence development projects can last for decades. It does not mean that troops on ground are struggling to match up to enemy’s hardware capability. Cut down the complicated and lengthy defence procurements procedures and aim to equip at least all the troops deployed in field area with latest equipment, right from his rifle to his winter socks. There was a critical debate that happened last year on the GSQRs and reducing them by 30 per cent qualitatively to accommodate India-made equipment. A, if Indian companies can make world class products that match the laid down GSQR for that item, go for it. But B, if we cannot make it, and yet force it on soldier, we are ensuring his failure. And that in some cases would mean his death. Self-reliance is aspirational target. To stay alive and kill the enemy in an encounter right now, is real and present target. There should be no doubt in the government’s mind over this. We have to increase our defence budget by leaps and bounds to equip our forces with whatever they need and without any delay. In Army they say – In field, Rifle is your wife. So let the army choose its own and just arrange the marriage.

Finally, prepare for a new kind of war. In our mind, when we imagine war, it has exploding artillery shells, rolling tanks, charging infantry and whole dust and smoke scenario. The future wars will also have all this, but the Kinetic war alone will not decide the outcome. The stakes for cyber, propaganda, social media influence, surveillance etc have been raised like never before. A hacker can shut down electricity right at the dam and cause pandemonium in civil population. We don’t want that while we are fighting a war on border. The preparation for this goes right from building cyber units to having swarm drones, from creating counter propaganda teams to equipping even subunits with equipment and training and from creating a conducive and favorable international opinion to building strategic military bases, like the one in Farkhor, Tajikistan. The war will no longer follow a straight axis but will also be fought through internet cables lying miles under the sea. Worth mentioning that the recent Armenia-Azerbaijan war hyped up the need and role of drones. Still, we cannot copy paste the model as it is. Our deployment, terrain, stretch, role etc make the entire requirement quite different. But all these are needed to tip the scale in our favour. We may not lose definitively without them, but we surely cannot hope to win.

India and China, both are thousands of years-old civilizations, two largest populations, nuclear powers and conveniently divided by the mighty Himalayas. A war between them would spell doom for the region and cause unimaginable attrition and destruction, A suggestion from my side to Prime Minister Narendra Modi would be take the road of “War of Maneuver”, rather than “War of Attrition”. We can win this race by just moving faster and smarter, and others are defeated on their own.

(The author is a decorated veteran, who now works in Energy Innovation and Rural Development. Views expressed are personal and do not necessarily reflect those of Outlook Magazine.)