Bureaucrat As A Parliamentarian: Where Value Can Be Added

Every member of the IAS knows intimately how the levers of government are moved and how best an idea can be concretised through the labyrinth of acts, rules, and regulations. 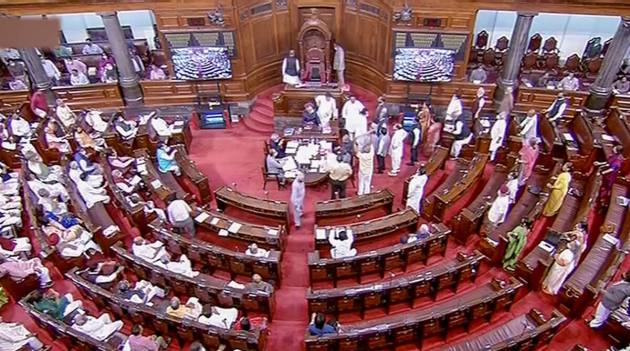 Recently, the nomination and election to Rajya Sabha from West Bengal of Jawhar Sircar, a friend and colleague holding views often different from mine, has attracted wide attention. His critics see it as a reward for his trenchant criticism of the policies of the union government and the actions of key political figures. Others view it as a prudent move by Mamata Banerjee that would bolster the opposition’s role in the upper house and enrich the quality of deliberations.

Civil servants like C.D. Deshmukh, Yashwant Sinha, and a few others made their mark as parliamentarians and ministers. There have been many others who left hardly any impression. One may, therefore, examine the strengths of a career civil servant to assess the potential value he can add, especially in the context of Bengal’s unique relationship with central authorities.

Every member of the IAS knows intimately how the levers of government are moved and how best an idea can be concretised through the labyrinth of acts, rules, and regulations. One also understands what constitutes national interest and how executive authority is shared in our federal polity. As a debater, one is aware of the difference between an effective speech and one that just rouses rabbles. And while shaping policies, bureaucrats get conversant with legislative processes -- briefing ministers for replying to questions, defending the government before various committees, and drafting legislation. Would he bring to bear all these competitive advantages on his functioning, or be satisfied with parroting the party-line in a forceful language? Having taken a strong stand against the central dispensation hitherto, would he be comfortable adopting a more balanced and nuanced stand on issues of public interest? This is a dilemma between the bureaucratic and political compulsions that everyone in this predicament faces.

Professionally trained as a public administrator and now entrusted with a different kind of responsibility, he has to discharge his duties on both national and state-level concerns. On matters related to national security, defence, external affairs, and the like, he will have to articulate views from a national perspective. On the other hand, his moves and interventions on issues impinging on the development of his state may have to be devised differently. Though bound by the priorities and manifesto of the party, he has to carve out a space for himself, based on his personal experience and vision of India, just like capable bureaucrats figure out their areas of freedom within the policy framework of the government. It is imperative to create such a space for action.

Secondly, he can act as a reconciliator between the state and the centre in areas of conflict. He knows well that playing the victim card does not yield dividends beyond the short-term. Since it is difficult even for well-intentioned state leaders to free themselves from this syndrome, a civil servant-turned-parliamentarian can counsel the party chief-cum-chief minister, about the carefully calibrated approach to be adopted to garner legitimate benefits for the state. Parties may be in opposition, governments are not. In this respect, one can learn from the way some leaders from the south craft their approach, keeping the state’s interest paramount in their mind.

Thirdly, to be efficacious, one has to prioritise his work, in keeping with the party priorities. Though the opposition is expected to keep the government on its toes, a party opposing everything may imply that it has no priority at all. To be reckoned as responsible and constructive, it has to demarcate areas where it would oppose vehemently, areas where a mild protest to register protest would suffice, and where it has to act broadly in sync with the centre. An experienced officer can help the party chief articulating its strategy.

Fourthly, an intervention by a former bureaucrat is expected to be sober, focussed, and reflective of his experience. In the present situation of Bengal, for instance, the primary focus should perhaps be to help accelerate Bengal’s economic development, make it investment-friendly and improve its human development index. Central help is often crucial for attaining such objectives.

Finally, sector specialisation should be taken advantage of. For example, in the higher education, small and medium industries, information and broadcasting, and culture sectors where Sircar had served earlier, his proactive ideas could be particularly valuable. To illustrate, he can plead for the early establishment of the Higher Education Commission of India and other bodies, more importantly with the right kind of people positioned at the helm. Instead of going backward and harping on the alleged inadequacies of the National Education Policy, how best the state could take its advantage - and in which specific directions - could be debated, making the centre accountable for the ambitious targets the policy envisages. For the industries sector, what decisive interventions are necessary to accelerate its growth and improve the millions of lives dependent on it? Similarly, what best could be done to carry forward the legacy of Satyajit Ray in his birth centenary year. One can establish that an opposition need not only be reactive.

Acting on these issues requires preparation and sustained support by the officialdom - state and central. Rhetoric often achieves nothing; meaningful action demands focused and consistent hard work. The chief minister of an important southern state used to meet the cabinet secretary and other key persons in Delhi to push the interests of his state. Officials of the state Bhavan in Delhi used to work full-time with central ministries to pursue the state’s agenda. With his background, Sircar should be able to extract work from the state administration, establish a good relationship with the key bureaucrats and ministers at the centre, and act as a positive influence on the state’s chief minister.

Ultimately, one’s performance would be judged by what he achieves in measurable terms, not by the number of hard-hitting speeches made on the floor of the house. Politics and administration being the art of the possible, one should not abandon the bureaucratic self, in the hot pursuit of politics. Political slugfest should best be left to professional politicians.