Biden’s Consistent Lead Over Trump Does Not Guarantee Him Victory

Though polls are changing every hour, overall, Joe Biden is leading by 8 points in national polls when we are just few days away from the first presidential debate. 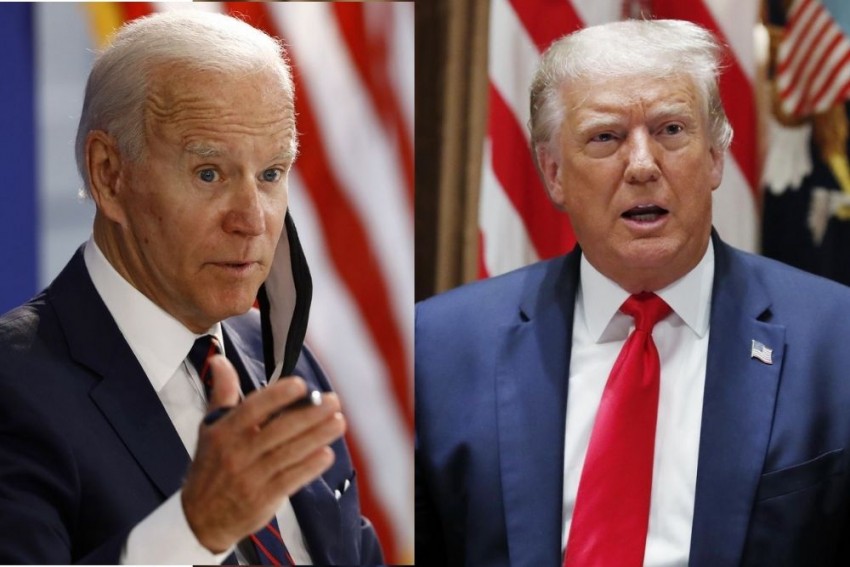 COVID-19 has not only dented the US but the global economy and would continue to do beyond 2020. Trump administration is not different from governments of other economic power houses for receiving severe criticism on mismanaging the pandemic - the challenge was and is to balance the strategy between saving lives and livelihoods. Last 6 months have changed the way people in Unites States or globally imagine their lives, work, business, and their day-to-day functioning – they are witnessing a change that is yet to be qualified. For the United States, both within and from outside, its sinking image of invincibility is shattering for friends and foes alike. One starts to imagine if with such fallback (as well as many others that accompanied it), the United States people would also wish for a political change, an end to Trump policy, perhaps new leadership with a new message for the world after Covid-19.

We might argue that Trump won in 2016 as a reaction to Obama’s less than magical 8 years, or Hilary’s comments “Basket of Deplorables” or perhaps he is going to lose in 2020 because now he is a threat to the US institutions, western liberal values, Trump supporters are disappointed etc. – the ground reality is, Trump is still not doing that bad for the 04th November elections.

Though polls are changing every hour, overall, Joe Biden is leading by 8 points in national polls when we are just few days away from the first presidential debate. Biden seems to be leading the polls in battleground swinging states – Florida by 2.5pp, Pennsylvania by 4.7pp, Michigan by 7.8pp and Wisconsin by 6.4pp. We should go back to 2016 around the same time when Hillary had a clear lead over Trump in the polls for almost the entire election campaign, but these states changed the game completely. Democrats supporters and political pundits could see Hilary occupying the Oval Office in 2016 quite clearly, and yet, the tables turned dramatically as Trump swooped the election.

Biden might be still able to pull through the 2020 elections but there appears to be a grave disconnect between these very political pundits and the actual voter reality on ground. One ought to question, do the people of America really want to replace Trump? Or is this merely a wish of the liberal elite? Contrary to popular (and media) opinion, reliable proprietary sources in DC report that, while Trump may lose the election, he is not performing that bad and is up to par on ground and seems to have developed a circle of trust on the basis of his work for the American economy.

The notion is very similar to Boris Johnson’s 2019 general election win in the UK, or PM Modi’s in India. Johnson’s was nearly a gamble, winning votes in towns and communities where voting Conservatives was unheard of – the message was clear and loud “BREXIT – we are leaving the EU”. Majority of London based political gurus were not expecting such a sweep - Blue completely took over the Red Wall in the North.

In the case of Narendra Modi, what was impressive was the ease with which he turned the Pulwama attack narrative to his benefit, claiming it as a victory for India, though that may not have been the case. Additionally, Modi’s campaign placed him and his ‘watchman’ story at the center, as opposed to Rahul Gandhi and the silver spoon. The result of 2019 general election was against odds. While affluent media circles predicted Modi might be struggling to maintain his majority, the BJP-led National Democratic Alliance (NDA) won, further increasing its substantial majority – there was a disconnect between elegantly spoken neo-liberals and on the ground voters pulse.

Trump’s political strategy is like what we saw in his TV show, The Apprentice: simply put, stay in the limelight using any and every way, fire/hire employees, and attack journalists upfront. This approach seems to be working quite well, even today – he is continuously in the media limelight for all usual or unusual reasons in last 4 years. Trump’s support is motivated, passionate, and highly unlikely to shift to Democrats. On the other hand, pro-Biden political pundits belong to affluent, university-educated circles, people who are gravely underestimating the power of Trump’s groundwork. Biden’s “Sleepy Joe” nickname may as well turn out to be very ironic after all. Trump knows the cards that wins America, and one of the important one is money: this is a front on which Trump has no issues. He has significant influence in the deep pockets, especially bolstered after the recent Arab-Israel relations.

Despite what liberals may infer, it appears that Trump’s message is cutting through very strong, and resonating with the masses: I gave you the best economy in the last 4 years, the Communists (China) ruined it, and I can bring it back again. In this regard, would one place their trust in Biden’s promises or Trump’s post-COVID message. Trump’s aides are also testing the voters with the ‘Fear Factor’ – there might be a social unrest if Trump losses the elections in November. This strategy is similar to 2015 general elections in UK when David Cameron unexpectedly won the majority – his message of fear against the English nationalism went through the undecided voters in last 10 days ‘if you vote Liberals, Labour would form the coalition government in heart of England ‘Westminster’ with the Scottish National Party.’

Importantly - The U.S.-China relationship will remain highly charged regardless of who wins the election in November. While there may be some differences in how alliances and multilateral institutions are treated from the Oval Office to manage China and Iran. Washington D.C would continue to blur the lines between its national security and economic/trade issues when it comes to dealing with China in coming few years.

Corporate and global political leaders have already started to evaluate their foreign policy options after 04th November – first few telephone calls or sittings with the newly elected President would tell a lot about US policy’s tilt on global affairs going forward. Boris Johnson, Narinder Modi, Mohammed Bin Salman and Justin Trudeau – there teams in Washington DC must be busy in evaluating research-based analyses on the possible outcome of 04th November to design their possible next actions.

*The Author Shoaib Bajwa is founder of CTD Advisors, a geo-political due diligence and strategic advisory firm – Shoaib.bajwa@ctdadvisors.com