A Tale Of Two Years And Three Restaurants

Nearly two years of the Covid-19 induced lockdown have taken a toll on fine dining. Here's how it has been going, restaurant by restaurant. 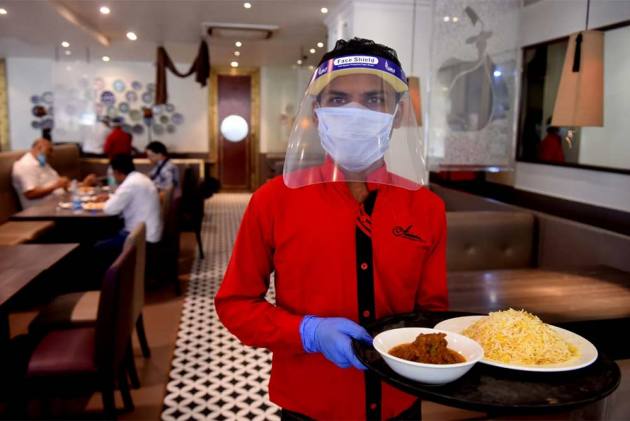 Lockdown has been all about food – what shall we eat, what shall we munch on, what shall we do with those leftovers and for those who didn’t have live-in cooks? HELP! There were Zomato and Swiggy delivery boys zipping around on their bikes but they raised issues of contact and no contact so in many cases meals had to be reduced to bare staples.

Eating out was, therefore, confined to moments in between the first wave and second wave which gave rise to a new set of worries related to sanitation, air-conditioning, outdoor dining arrangements and the overwhelming anxiety of having to unmask in an unfamiliar environment when the plates were served. A friend went to Mocambo and later tested positive. “I think it might have been the waiters,” she mused after recovery, “but they were masked.”

November, with a chink in the locking, brought the first of my restaurants, part of a chain, with a branch off Hindustan Park. They had outside seating which I gladly claimed – but my friend preferred to go inside away from roadside dust and gaping maids on their evening errands. We ordered the air conditioning off – since it was a pleasant November end that was feasible – sterilized ourselves and accepted plastic cutlery before settling down to chicken wings and honey with no other company except fleeting moments with the waiter.

Spring brought the second restaurant, which was in Fredericnagar, aka Srirampore, once named after King Frederic VI of Denmark and touted as the most beautiful city in the world, sited on the banks of the Hooghly. Even though they hopped off the colonial caravan, the Danes have since reclaimed Srirampore in the shape of the renovated Denmark Tavern which relives the glory days of the early nineteenth century when ships from Europe brought international clientele to its doors. Elegant in its minimal dining spaces, and stark chandeliers, it boasts the pink sign of a Swiss confectionery on its facade. Inside it was obviously the go-to place for locals to hold hands post lockdown and it was enclosed, air-conditioned and necessitated a lot of discussions before we agreed to sit down at the tables. My fellow diners were happy to stay masked while ordering but it was decided to lunch early before the 1pm steamer docked and sightseers flocked in to see what the Danes had done.

The waiters dithered between masking and unmasking and the slow service - presumably inherited from the eighteenth century – took us well past 1 pm when darting children and swish ladies determined to display their scarlet lipstick invaded the place.

We hastily departed from the Denmark Tavern only to exit into a lotus waving procession outside with saffron clad girls displaying the vermillion in their hair and on their foreheads who were obviously debating on whether they should take their bike riding rakshaks inside the tavern for an ice cream break. They were clogging the river road and going through them while maintaining two metres distance was proving to be a trial. Speed seemed to be the only answer – whizz through as fast as possible and hope that no one sneezed!

The third restaurant was in July and it was located in a bungalow on Southern Avenue, accessed down a narrow entranceway. Inside it was empty except for a table in an inner room and unmasked faces that I recognised. “I’ve already had Covid so I won’t give it to you – take that mask off!” said my old advertising colleague who was there drawn by the charms of prawn cocktail and deviled crab. I looked around for a sterilizer in a manner that had become automatic by now and ignored the invitation to unmask.

It was obvious that lockdown had taken its toll on fine dining. The napkins were paper and not damask, for the sake of safety – the linens were carefully locked away in a drawer. However, the cutlery was the usual stainless steel and the plates were glass. Perhaps I hadn’t thought about linens in a scurry of masks and sanitization though yes the food had been tasted in a hurried by the way.

There was a difference though – the staff had been vaccinated and diners were expected to have their vaccination certificates somewhere on their smart phones. That much had changed in these two dragging years of playing hide and seek with Covid. Many blamed every sudden heart attack death on vaccination side effects, many thought it was a conspiracy and whatever it was the masks and the distancing would have to be maintained. But perhaps it was a chance for some kind of controlled socialisation.

The ruby lahengas are out and the ladies who lunch seem to be dropping their masks in a rush between caution and recklessness. Couples are holding hands again outside the Roastery gate and there are sudden party flurries at midnight. Let’s see how it goes, restaurant by restaurant.