One Woman & Many Powerful Men

Whether Saritha Nair used her sexuality to twist the system to her favor is not even a legitimate question because it is she who lost everything in the game. 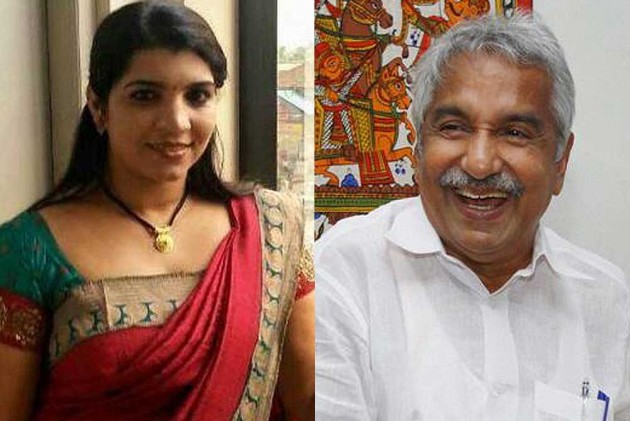 Even as the state is gearing up for another general election to vote a new government to power, one woman is at the center of all debates and discussions in Kerala. Every Malayalee goes to sleep and wakes up thinking libidinously and talking indignantly about her. Both the print and visual media set aside enormous space and time to cover her every word and to analyze it in great and slanderous detail, with representatives of political parties and intellect workers offering their cathartic wisdom. That is perfectly fine too, but the trouble is in the selective indignation that the whole gossipy episode brings forth. The moral indignation and scorn heaped on the woman is in sharp contrast to the popularity of those whose corrupt practices facilitated the sustenance of an all pervasive corrupt system that scoffs at the citizen.

The woman at the epicenter of Malayalee life today is Saritha Nair, a once ambitious entrepreneur now embroiled in numerous criminal cases and endless controversies. She claims to have slept with, or been persuaded / coerced into sexual relations with, far too many powerful politicians of age groups ranging between 25 and 75. What has been unfolding in Kerala over the past couple of years has been a sensational thriller of 'solar proportions' with all the mandatory ingredients: sex, graft, greed, intrigues, backbiting, psychological manipulations, 'inner-party democracy', selective moral indignation and information leakage.

Saritha, an aspiring businesswoman, set up in 2013, in collaboration with her then life and business partner, a solar energy company called Team Solar. The company, either by design or decline, ended up duping many influential people to the tune of Rs 7 crore. When the duo found themselves in legal troubles, they began systematically leaking salacious details about how several top politicians took sexual and financial favors from Saritha in return for unfulfilled promises of help with the business.

The latest in the saga was a letter leaked to a television channel in which Saritha claimed to have been sexually exploited by the chief minister Oommen Chandy. (In this writer's opinion, this is an implausible charge, unless it was an orgy or mass rape involving multiple men. Oommen Chandy is surrounded by scores of men all the time, even in the privacy of his bed room! He can be charged with any crime, but with being alone in the company of a woman is the unlikeliest). The names of the other alleged beneficiaries include those of top youthful, middle-aged and senile politicians, bureaucrats and cops. As a minister in the Kerala cabinet jokingly told me, the list of the beneficiaries of Saritha's sexual favors is so all-encompassing that not to figure in it is almost like an affront to one's male ego!

There is no way for and no point in filtering the wheat from the chaff in this increasingly labyrinthine saga. The claims and accusations may or may not have been fully or partially true. That is beside the point any way. A project originally meant to electrify homes and offices sans environmental hazards has now come to electrify the public (and the private and the secret too) sphere in Kerala to the point of fatal shock. The woman at the center of this 'electrification' project remains nonchalant and even defiant, notwithstanding 30-odd serious criminal cases and the vengeful ire of a large number of influential figures including the chief minister. Her nonchalance and defiance are precisely what set her apart from many others in similar situations.

A seductress hell-bent on destroying the lives of respectable men, a woman of lose morals who used her body to rise up the social ladder, a habitual liar, a shameless slut – these are some of the epithets usually marshaled to pejoratively describe the woman. Even if some of these descriptions contain slices of truth, there is no denying the fact that it is our bizarre and ruthless system that turned a well-educated, ambitious, aspiring and intelligent woman into whatever she is now made out to be.

The mealy-mouthed politicians and bureaucrats who trapped her into this ignominy may at worst suffer a temporary damage to their reputation, but the possibility of a dignified life for Saritha is lost forever and the stigma will continue to haunt even her children for decades to come. That alone is reason enough to empathize with the woman, who is a victim in the ultimate analysis, and hold the politicians, who are the actual villains in the sordid story, to account.

But our collective notions of morality are so skewed that we miss the forest for the woods, and mistake the victim for the perpetrator. Whether Saritha Nair used her sexuality to twist the system to her favor or the system with its corrupt ways edged her ever so cunningly into a precipice is not even a legitimate question because of the simple reason that it is she who lost everything in the game.