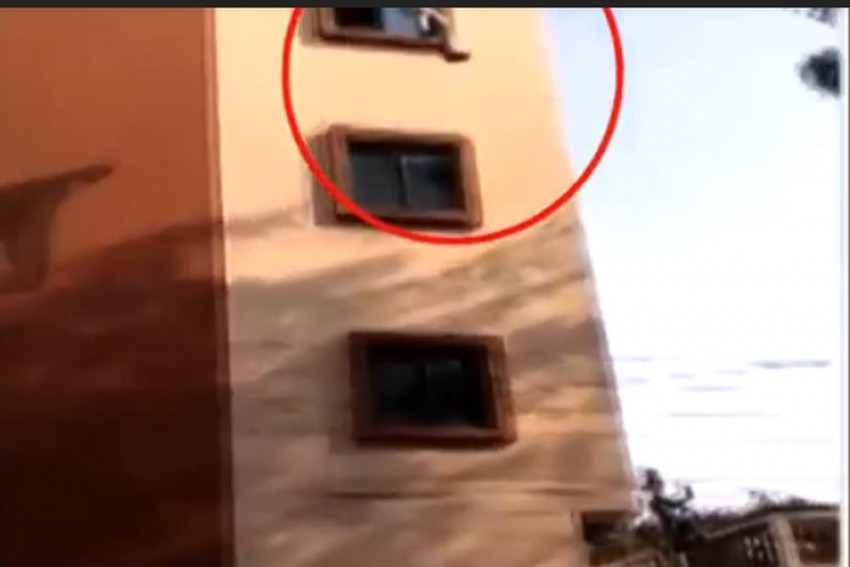 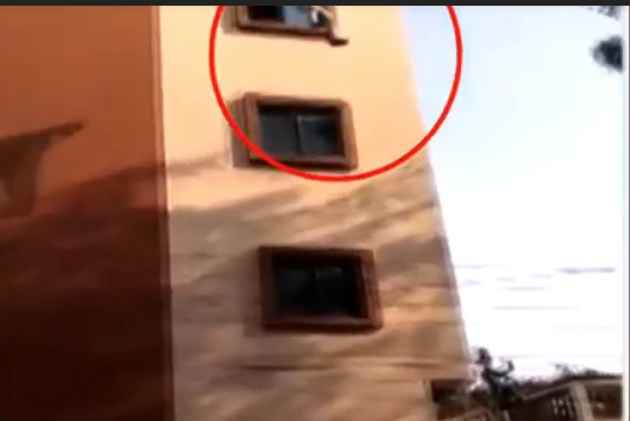 The incident occurred at around 3:45 pm yesterday in Secunderabad and a video footage of the incident has now srufaced.

The video showed the man jumping from the window of his apartment and falling onto the ground. Officials said that some local residents might have captured the video while the man was jumping.

The techie, 42-year-old K Ravi Kumar had returned from the United States. He was under mental stress and depression since 2004 following an accident and was jobless, Karkhana Police Station Inspector B Janaiah said.

"He used to quarrel with his wife who worked at a shop. The couple do not have children. Yesterday morning too they had a quarrel after which she left for work. In the afternoon he jumped from the sliding window of his apartment and suffered grievous injuries to his head, hands and legs," the Inspector told PTI.

Kumar was shifted to a nearby hospital but succumbed to his injuries there, said Janaiah, adding that it looked like a case of suicide due to depression, as per preliminary investigations.

The official said that no suicide note had been found.

How Will Hindi Benefit Indian Leaders At UN Who Can't Speak It, Asks Shashi Tharoor