Offspring Of The 'New India' Ideology Are Attacking Me: Swamy Agnivesh 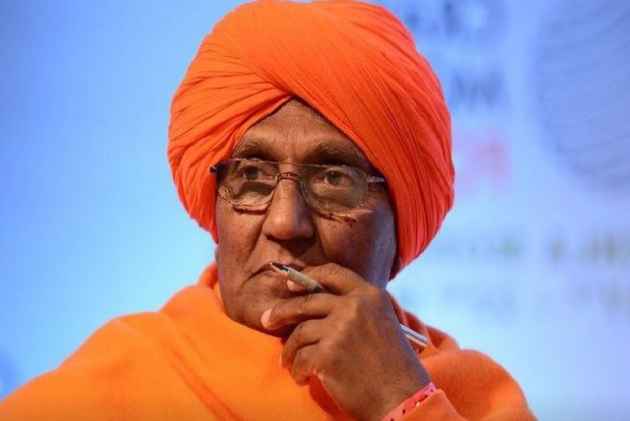 Social and political activist, Swami Agnivesh, has twice been attacked by goons in the last one month. A former Member of Parliament, Agnivesh is also a leader of the Arya Samaj, a 19th Century reform movement led by Swami Dayanand Saraswati. In an interview with Pragya Singh he explains the nature of the attacks on him, and the conflicts that underlie it.

Why do you think you, an Arya Samaji social worker and political activist, are being attacked repeatedly?

I don’t know why they are attacking me; but if they told me then I’d try to change what is causing this much offense. Today I was simply walking in former PM Atal Behari Vajpayee’s funeral procession. Vajpayee’s legacy is that we are all one and that we are all equals. We cast aside all differences to walk for him and this inheritance of his... But you see, the offspring of the kind of thinking that now believes in creating a ‘new India’ attacked me. They are those who cannot tolerate even the slightest difference in opinion. We came to pay our respects to Vajpayee, they came to attack me.

But why would people be angry with you? You are a Hindu monk—have you any idea what could be angering them?

Is the new way to favour Hindu people to be a ‘against’ other religions, which you have not done?

But that’s the thing. I have been a strong critic of Muslims and Christians as well, based on principles. In the name of religion wherever there has been superstition, I have combated that. I have criticized Muslims and Christians a lot, though always without prejudice, dislike or hostility. I don’t hate anybody personally either—so I would really like to know what I have done that is wrong, so I can correct myself.

What would embolden those attacking you—would it not alienate Arya Samajis if their leader is attacked?

See, Arya Samaj followers have been spirited away over the last many years. With their cries of ‘Hindu-Hindu’ certain forces have alienated Arya Samajis from their own path. Nevertheless, Arya Samaj still has lakhs of followers. Swami Ramdev in a recent function expressed openly his broad support for me. So it’s very much possible that this kind of open support which is being extended to us is being seen by all.

What reactions did you get from the public, from politicians, from followers, after the last time you were attacked?

Hundreds of people called to express sympathies. I got calls of support from everybody. Except the BJP, all other parties’ leaders, Rajya Sabha and Lok Sabha MPs, all protested last month’s incident. My influence, if I can call it that, does not extend just to Arya Samaji people. I was last attacked in a place almost 400 km from Ranchi last month, while I spoke to adivasis about the issues they face in governance. Incidentally, that was on July 17 and now I have been attacked exactly a month later, on August 17. Before that and after it, I have spoken at several public functions. I will return to Ranchi on August 25, where a big event has been organized by opposition leaders, adivasis and civil society. Yesterday I was in Kolkata speaking on Indian languages, thought and culture. I return there for another public function at St Xavier’s University, where I once used to teach. I raised the flag at their function on August 15 in Kolkata. My next address will be on inter-faith harmony. I have not changed any of my programmes because of these attacks. It’s not as if people have turned against me. It’s only a few people who express themselves in this manner.

Why do you think many Hindus are very agitated these days and very angry?

I can say that many among the Arya Samajis have shifted away from their base. That base was the authority and enterprise of Swami Dayanand. They feel alienated from his life and work because they have been pushed into ritualistic forms of believing, worship and faith—things that Arya Samajis consider nothing but waste and superstition. The Prime Minister’s party’s followers are today showering flower petals on Kanwariyas. We Arya Samajis consider this a superstition. They go for things like Amarnath Yatras—we are against such ritualism. Please understand. This is no small matter but very fundamental points of departure that the Arya Samaj has marked. If Truth, Peace and Justice were the ideals of Mahatma Gandhi, Arya Samajists believe in them just as much. Gandhi made bhakti the foundation of his struggle for Independence. He believed that truth is god. This is the fundamental difference in what Arya Samaj says and the other belief that you see on street-corners today.

Do you think Arya Samaj and its believers, its practices and ethos, are under threat? Are you merely a symbol of a certain way of being a Hindu which is being attacked?

Small elements will keep on rising up and doing violent acts, I am sure. But their leaders, the ones who guide them into this path, will have to change course. Those who attacked me, I believe, are the same people who trolled (Foreign Minister) Sushma Swaraj. They attacked me physically but she was attacked by words. Nobody in the BJP came out in her support. She was left alone. Nobody stood up to defend the Constitutional, secular, values that she had upheld in her order on a marriage of a couple in Kanpur. She did nothing wrong—she defended the Constitution and for that she was isolated.

Could you predict the fallout of such attacks—would they continue?

The danger is that steadily the liberal, secular, gentle and well-meaning will be attacked more and more. Last week I was in Kerala, speaking at a function attended by (senior Congress leader) Shashi Tharoor. He noted at the event that if Swami Vivekananda had been alive then such people would have gone after him, too. That’s what is happening in India today.