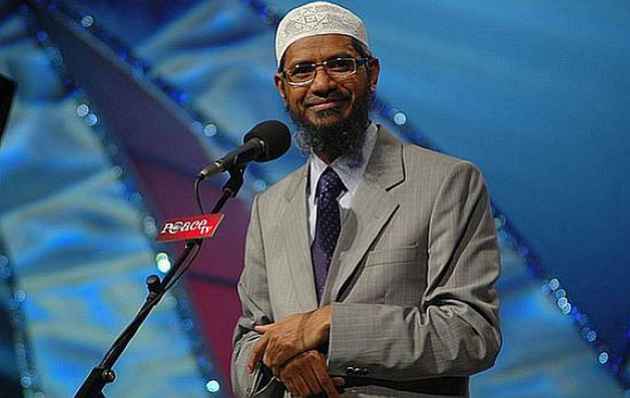 The Interpol has cancelled the red corner notice on Islamic Research Foundation (IRF) president and preacher Zakir Naik, who is being probed under terror and money-laundering charges by the National Investigation Agency (NIA).

"Interpol has cancelled red corner notice on Naik and instructed its worldwide offices to delete all data from files on him, have cited political and religious bias among other reasons," a spokesperson of Naik said.

Relieved, Naik said he is now waiting for the government and agencies to clear him of charges.

"I am feeling relieved as Interpol has cancelled the request of red corner notice against me, but I would feel even more relieved if my country's government and agencies clear me of all false charges. I am sure, the day will come soon," he told  India Today.

The Islamic preacher is facing charges of incitement of terror activities, hate speeches among youth and money-laundering.

Naik fled from India after some terrorists allegedly involved in the Dhaka cafe attack claimed that they were inspired by his speeches.

Last year, the National Investigation Agency's Mumbai branch had registered a case against Naik under various sections of the Indian Penal Code and Unlawful Activities (Prevention) Act (UAPA) after the Union Home Ministry had declared his Mumbai based IRF as an unlawful association.

The Ministry of External Affairs (MEA) last month had said that the inter-departmental consultations were on for the extradition of Naik from Malaysia.