"We should move towards alternative fuel... I am going to do this, whether you like it or not. And I am not going to ask you. I will bulldoze it. For pollution, for imports, my ideas are crystal clear...," Gadkari said. 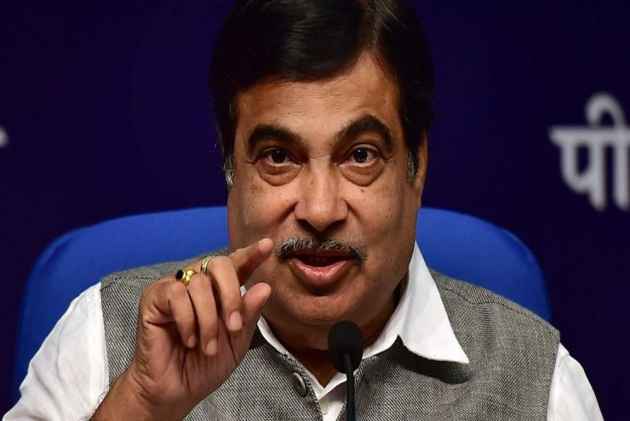 Carmakers producing vehicles that run on traditional fuel, take note -- Union minister Nitin Gadkari has a clear message: Go for alternative fuel, else he will not mind "bulldozing" them in his bid to check pollution and imports.

According to the road transport and highways minister, a Cabinet note on electric vehicles is ready that will take care of charging stations.

"We should move towards alternative fuel... I am going to do this, whether you like it or not. And I am not going to ask you. I will bulldoze it. For pollution, for imports, my ideas are crystal clear... The government has a crystal-clear policy to reduce imports and curb pollution," Gadkari said at SIAM's annual convention New Delhi.

He held out a veiled warning, saying those supporting the government will have an advantage and those busy "minting money" will be in trouble, asking them not to approach the government later on the ground that they have huge stock of vehicles that do not run on alternative fuel.

"Already, we are in the process of a Cabinet note where we are going to plan charging stations... It is in the last stage and will be done as early as possible," he disclosed, adding that the government will soon bring in a policy on electric vehicles.

Cautioning against any dilly-dallying tactics, he said the future is not of petrol and diesel, but of alternative fuel.

"I urge you (carmakers) politely to do research. First, when I urged you for electric vehicles, you said battery is costly. I coaxed you to start at least. Now, the batteries cost 40 per cent less. And if you start now, cost will be reduced further on mass production. Teething trouble is everywhere," he explained.

The minister is clear that electric cars, buses, taxis and bikes are the future and India should move forward in this direction.

He sought to put the entire issue in perspective, saying imports and pollution are the twin problems as India's import bill stood at a huge Rs 7 lakh crore per annum, a big drag on the economy.

He promised that the proposed vehicle scrapping policy stuck due to GST issues will be sorted out soon.

"Now, the GST Council is formed. We are preparing the note. I am going to the finance minister and after that, we will move this Cabinet note. In the GST Council, we will present the note and take opinion of stakeholders. There are some concessions we are expecting from state governments," the minister said.

The government is planning 2,000 driving schools on two acres each and called on the industry to join hands to make the skill development dream of Prime Minister Narendra Modi a big success.

"Already, we are leapfrogging to BS VI from BS IV within three years, which is the shortest time anywhere in the world. However, what we are asking is consistency in policy, which once formed must not be changed as the auto industry has long gestation period to introduce new technology," he said.

Asked why the BS IV norms were not implemented for 10 years across the country when the industry was ready with the technology, he cited non-availability of fuel.

"The government must ensure that when we move to BS VI, fuel is available," he added.

He called on the government to defend a policy once framed when external agencies like courts come into the picture, giving an example as to how last year BS IV compliant big cars and SUVs were banned in NCR despite being fully in conformity with laws.

"If the government wants to reduce pollution, then old polluting vehicles must be banned instead of targeting those new ones which comply with the latest emission norms of the country," Dasari suggested.

"All that we need is a clarity in terms of implementation timeline, setting up of infrastructure to support it. If electric vehicles become cheaper than conventional ones, consumers on their own will go for them," he pointed out.