Rethink On Strategy With Dose Of Humility: Lessons For BJP From Jharkhand Verdict

Coming close on the heels of the Maharashtra and Haryana assembly elections and months ahead of the Delhi assembly polls, the Jharkhand result has shown that the BJP’s cloak of electoral invincibility is slipping. 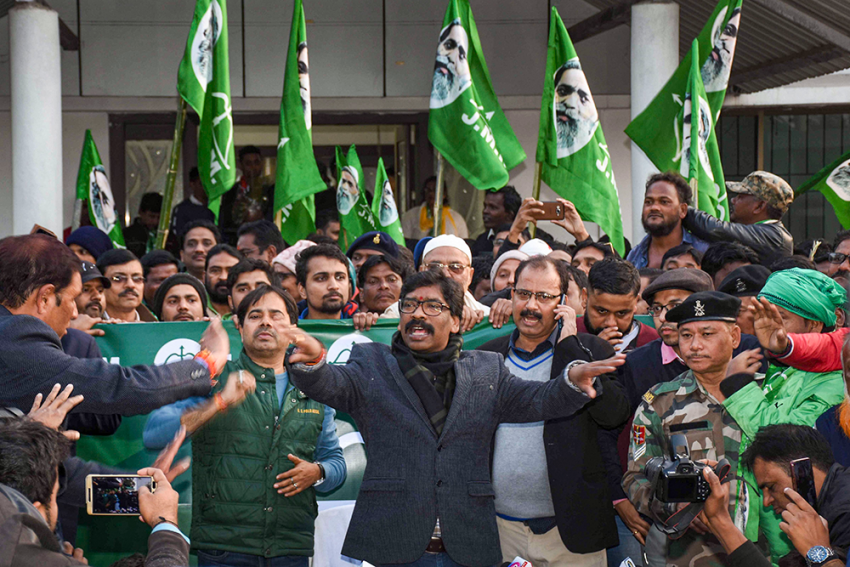 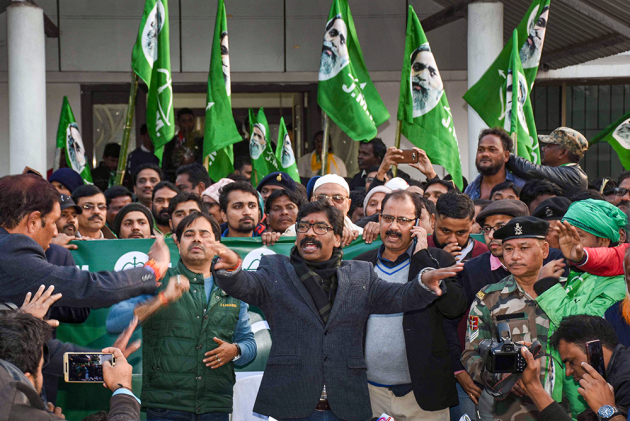 For a state that had, in its two-decade history, never seen a government last its full term until BJP’s Raghubar Das assumed office in 2014, Monday’s result for the Jharkhand assembly poll may seem ironic. Ever since it was carved out of Bihar in November 2000, Jharkhand’s politics was largely known for the frequency with which the state’s chief ministers changed and the long spells of President’s Rule that this political instability brought with it. In that sense, Das accomplished the rare distinction of leading a stable government that completed its term.

Ordinarily, the turbulent political history of Jharkhand and the experience of his predecessors should have given Das a clear guidebook of the do’s and don’ts that could have guaranteed his longevity in power. Yet, the poll results suggest Das not just floundered but failed spectacularly. But that’s just half the story that unfolded in the tribal-dominated eastern state known for its rich mineral reserves but poor human resource indices and crumbling law and order.

The appointment of Das as chief minister in 2014 was part of a new pattern of leadership that Narendra Modi and Amit Shah had sought to develop by handpicking chief ministers who neither belonged to a dominant caste or community of a state nor had the credentials of a mass base. Months before Das, an OBC leader, was chosen to lead tribal-dominated Jharkhand, the BJP had bet on M.L. Khattar, a Punjabi Khatri, as chief minister in Jat-dominated Haryana and Devendra Fadnavis, a Brahmin, as his counterpart in the Maratha fiefdom of Maharashtra. The overwhelming mandate that the BJP had won in these states in 2014 had given the party enough room to risk appointing chief ministers who owed their position not to their personal popularity or political influence in the state but to the faith that Modi and Shah had placed in them.

There is no denying that the success of this experiment with choosing chief ministers could have given a new paradigm to Indian politics where the continuance of a chief minister for a successive term is not incumbent on his caste or community or ‘confidence’ of the ruling party’s central leadership or the absence of a credible Opposition but on his government’s five-year performance alone. And, this is the other half of the story that unfolded in Jharkhand, which now seems set to reject the BJP and even send Das to the cleaners.

Das’s tenure as CM was marked by everything a voter doesn’t want from a government. The BJP had, in 2014, come to power through an alliance with the AJSU. Over the past five years though, the AJSU often took potshots at Das while the chief minister’s colleagues in the BJP frequently called him arrogant and autocratic. The voters too echoed this criticism while the government did little to reverse the perception.

Jharkhand witnessed 23 cases of alleged starvation deaths since 2014. A majority of these deaths occurred because the victims were denied of their PDS rations after they failed to either get an Aadhaar card or have their bank accounts opened for getting subsidies linked with Aadhaar. The Das government remained in abject denial of instances of starvation deaths.

The state, which has a huge BPL population engaged in MGNREGA for a paltry income, also failed to pay the promised wages to those employed under the scheme. The tribals, who must have felt slighted when an OBC leader was made the chief minister, were given more reasons to be unhappy with the state government. The land acquisition Act alienated the indigenous population from its lands and instead of compensating the tribals adequately, the government refused to acknowledge their grievances and instead harped about the land parcels it planned to give to big industrialists at a pittance.

For Jharkhand’s voter, the grievances with the Das government were many. Delayed payment of salaries to government employees, spurt in lynching of Muslims, Dalits and tribals by goons patronized by the ruling party (remember the sight of Jayant Sinha garlanding men accused of lynching a Muslim man?), acute water shortage and recurring power outages, growing unemployment – nearly every segment of the state’s electorate had something to complain about against the Das government. The chief minister and his party, however, refused to acknowledge these ground realities allowing the Opposition enough opportunities to regain its lost political ground.

In the run up to the assembly polls, while the BJP over-estimated its support base because of its comprehensive victory in the state during summer’s Lok Sabha polls, the Opposition recalibrated its strategy and built a political narrative that addressed concerns of the voters directly. Das relied on the oft-quoted ‘Modi magic’ and hoped that the party’s nationalistic pitch on the Centre’s decisions like abrogation of Article 370, construction of Ram Mandir in Ayodhya and the recent Citizenship Amendment Act would help him win a renewed mandate. In doing so, he repeated the same mistake that Fadnavis and Khattar had already made in Maharashtra and Haryana, respectively, just two months back.

The Opposition, on the other hand, not just addressed local issues with gusto but also embraced the realpolitik essential for electoral comebacks. While the BJP allowed its old-time ally, AJSU, to walk away, Hemant Soren ensured that his JMM kept its alliance with the Congress party and Lalu Yadav’s RJD intact. The Congress, wrecked by infighting and an exodus of its leaders to the BJP, too realized that it could no longer afford to play Big Brother to Soren and agreed to enter the electoral fray as a junior partner, contesting just 31 of the state’s 81 assembly seats while leaving 45 seats for the JMM. The Soren-led mahagathbandhan also ensured that its constituents had a cohesive poll pitch and that its leaders did not contradict each other during rallies. Soren, on his part, took the responsibility of leading from the front as the alliance’s CM face and campaigned extensively throughout the state, focusing particularly on the nearly three dozen assembly segments where tribals – the core votebank of the JMM – could swing the election. Along with state Congress leaders like Rameshwar Oraon and Irfan Ansari, Soren kept the alliance’s attacks focused on failures of the Das government. Even when the BJP went gangbuster with its Hindutva pitch – Amit Shah promised a “sky high Ram Mandir in four months”, Yogi Adityanath wondered “can votes for Irfan Ansari help build a Ram Mandir” and Modi harped about the CAA – the mahagathbandhan refrained from a direct confrontation.

Coming close on the heels of the Maharashtra and Haryana assembly elections and months ahead of the Delhi assembly polls, the Jharkhand result has shown that the BJP’s cloak of electoral invincibility is slipping. It has also given the Opposition, especially the Congress, a revival mantra – address local issues, build a united resistance to the BJP and play to your strengths while keeping personal egos aside. As for the BJP, a rethink on the increasing centralization of power and decision-making along with huge doses of humility is crucial if it wants to return on the path of electoral victory.