Gandhi’s message was clear: he wanted to make constructive suggestions and not engage in a political slugfest with the BJP 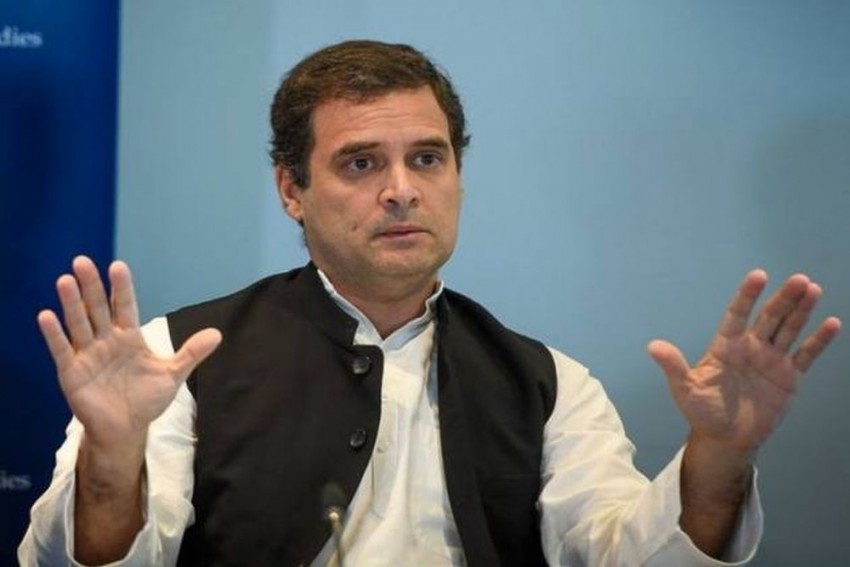 On February 12, when Congress leader Rahul Gandhi urged the Centre to put in place necessary systems to combat the imminent dangers that the coronavirus pandemic could pose to India, he was mocked by all and sundry. The BJP accused him of spreading panic, senior ministers at the Centre claimed there was no health emergency and scores of Twitter users told him to, well, we know what.

On April 16, when the Wayanad MP addressed a nearly hour-long media briefing via video conference, much had changed in the country since his two-month-old tweet. India is now under an extended lockdown. Over 13,000 people have tested positive for the deadly virus. Over 400 have succumbed to it. Lakhs of migrants and those from the working class stare at an uncertain future. The wealthy are, perhaps, watching their steadily depleting bank accounts in disbelief. Even Gandhi’s own attitude towards the Centre seems to have changed – he deftly negotiated questions from the media that clearly sought to provoke criticism of the Centre’s handling of the pandemic.

Gandhi’s message was clear: he wanted to make constructive suggestions and not engage in a political slugfest with the BJP. “We can defeat the virus if we fight it together, we lose if we fight with each other,” he said. When asked if India’s democratic set-up, as we know it today, would change in the post-coronavirus era, Gandhi said “it could” but promptly qualified his comment with, “don’t worry, we know how to make sure India is democratic but we need to fight the virus first”.

Of course, there was also something that didn’t change in these two months – the BJP’s caustic dismissal of anything Gandhi may say, irrespective of the merits of his suggestions. The BJP’s pathological hatred for the Gandhis was also amply visible on media networks sympathetic to the party which promptly dubbed the Congress leader’s press conference as an “attack” on the Centre even though the former Congress president repeatedly stressed on the need for all political parties to work together during the crisis. At one point, Gandhi also asserted that though he doesn’t agree with Prime Minister Narendra Modi on most things now was the time to put differences aside. Modi, he said, has a certain style of functioning, “but we can find a way around it”.

In the 16 years since he plunged into active politics, Gandhi must have realised that nothing he may say or do will ever elicit praise – or even quiet approval – by the BJP. Yet, the Congress leader said he was willing to offer “constructive suggestions” to the BJP-led government – an offer his mother and interim Congress chief Sonia Gandhi too had made to Modi several times over the past month.

Through the hour-long media interaction, Gandhi offered, what he thought was the best way forward to fight the coronavirus pandemic and its fallout on India’s already tanking economy. He identified, ostensibly based on his interaction with subject experts, “two flanks” that need a dynamic strategy – health and the economy.

On the health front, Gandhi was clear that the current lockdown is “not a solution” but at best a “pause button” against the virus. He reiterated his demand to ramp up testing and implored the government to change its current strategy of “chasing the virus” by testing symptomatic patients to “pre-empting the virus” by random sampling. He said India’s current testing rate of “199 people per million of population or 350 tests per district” was “in no way enough” and cautioned that the virus will make its way back into the community once the lockdown is eased “if we do not put in place the resources and architecture to fight the virus strategically when it picks up again”.

Given the debilitating effect that the lockdown has had on the economy and particularly for the financially backward people, Gandhi urged the government to simultaneously develop a “safety net”. Calling the Rs. 1.75 lakh crore stimulus package announced by the Centre “inadequate”, Gandhi advised higher amounts of “cash transfer and a minimum financial net” for the poor, better distribution of foodgrains to the marginalized and a “defensive package” for the small and medium enterprises which could then offer job security to India’s massive population of migrant workers who have been forced to take a long, and possibly fatal, journey on foot back to their native villages from the big cities where they had found employment.

None of the suggestions Gandhi made sound unreasonable, particularly since the 21-day lockdown has already made common citizens and power elite alike aware of the challenges posed by the coronavirus pandemic and the scale of its impact on life and livelihood. If the Centre refuses to see any merit in the Congress leader’s suggestions only because of his surname, it would be foolhardy – much as it was during the period before March 19 when the Centre was busy dismissing anything Gandhi said as an attempt to politicize a crisis and create panic.

There is, however, one other aspect about Gandhi’s utterances on the pandemic over the past two months – and especially his tweet of February 12 – which concerns not the ridicule that the BJP hurls at the man but the Congress party’s own apathy towards what its past president and likely future chief says on critical issues. There can be no doubt that the Gandhi displayed near clairvoyant abilities in sounding an early alarm over the perils of ignoring the dangers posed by COVID-19 and that the Centre erred in dismissing these warning as utterances of a ‘Pappu’ cannot be overstated. However, what also needs to be emphasized is that none of the few Congress-ruled States – Chhattisgarh, Punjab, Rajasthan, Puducherry or Madhya Pradesh (before the BJP toppled the Kamal Nath government) – took Gandhi’s early warnings seriously either.

Each of these states (again with the exception of the now BJP-ruled M.P which is moving from one disaster to another), began taking measures to contain the pandemic and its economic fallout only after the Centre woke up. Though Chhattisgarh, Punjab, Rajasthan and Puducherry or Maharashtra and Jharkhand where the Congress is a junior ally in the ruling coalition, now seem to be doing better than states under BJP/NDA governments in tackling the crisis, they could have, perhaps, saved more lives claimed by the virus and contained the economic damage that it has unleashed had they taken Gandhi seriously back in February.

Yes, much of the measures needed to comprehensively combat the pandemic had to be taken by the Centre – and were not when the time was still on hand. But, what made Congress-ruled states ignore Gandhi’s prophetic tweet and stopped them in February from pre-empting the medical, social and economic challenges that the imminent coronavirus outbreak would pose is a question the Grand Old Party and the Wayanad MP need to seriously ponder over; particularly if the party is to work under Gandhi's leadership again in a few months from now.

US Provides Nearly $5.9 Million In Health Assistance To India To Control COVID-19