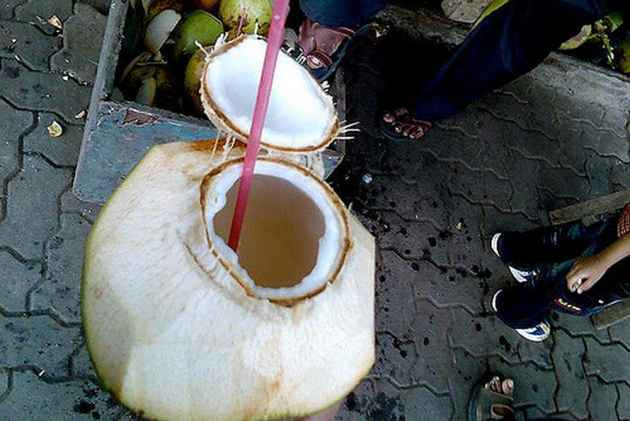 Scientists at the Indian Institute of Technology, Kharagpur have found a new method to increase shelf life of tender coconut water. They claim that it can help retain original taste of coconut water for as long as up to 18 weeks.

Fresh tender coconut water is a popular, low-calorie nutritious drink, but untreated coconut water has a shelf life of only 24 hours. The method developed by Sankha Karmakar and Sirshendu De at the Department of Chemical Engineering, IIT Kharagpur increases shelf life without the use of any preservatives.

The new method involves eliminating suspended debris using a nylon mesh and sterilization through a hollow Polyacrylonitrile fiber tube for an hour. This process removes bacteria and other microbes which increases its shelf life, researchers said.  Coconit water thus sterilized was stored in wax-sealed glass or polypropylene bottles in a refrigerator at 5 degree Celsius and tested every month for quality and its properties.

Sterilization using membranes is known but it has been used for coconut water for the first time, and the polyacrylonitrile membrane used has been modified for this purpose, researchers said.

Karmakar told India Science Wire that, “independent experts - professors, PhD students and two kids - tasted treated coconut water. They were asked to score it on different counts such as appearance, texture, aroma, flavor, color and overall quality, besides purchase intention”. He says that the new method of preserving coconut water maintained the clarity and taste for 18 weeks. The results of the study have been published in Journal of Food Engineering.

Amit Jain, professor at Department of Chemical Engineering, Guru Ghasidas Vishwavidyalaya, Bilaspur, who was not involved with the study but was one of the tasters, commented that the new method is better because it increases the shelf life without adding preservatives. However, he cautioned that “membranes used for sterilization are prone to fouling or clogging and this could limit large scale use of this process”. If membranes are maintained appropriately by routine cleaning, the method can be used on industrial scale and can also be optimized for other beverages, he said.

Researchers claim the method can be scaled to an industrial scale in lesser cost. Currently available preservation methods such as pasteurization, microwave heating, freezing, and refrigeration have some limitations. While heating reduces taste and quality, refrigeration increases cost during transportation that limits marketability.