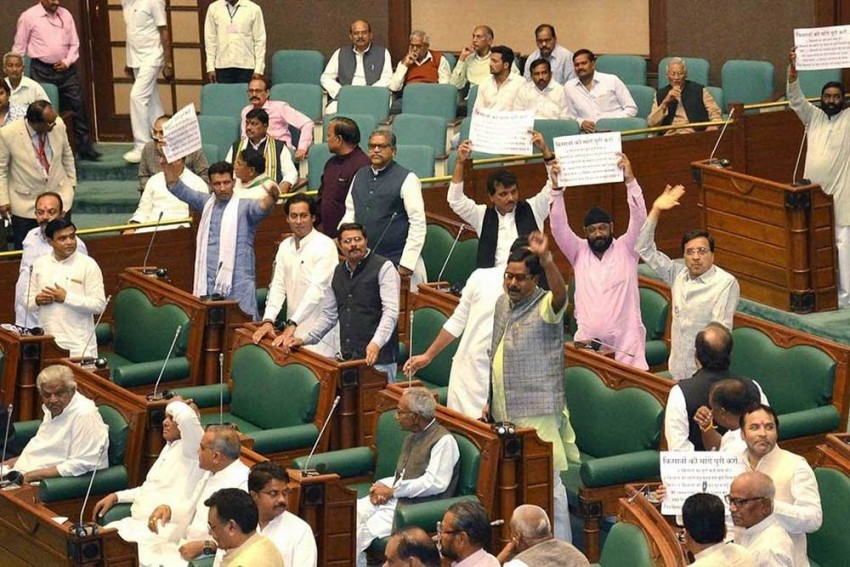 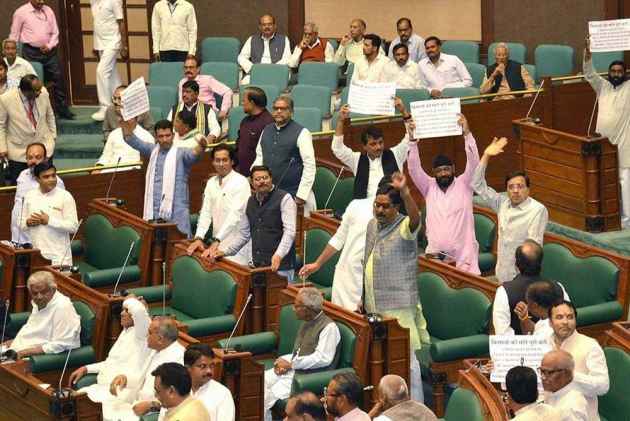 No question that threatens "country's unity" will be allowed now in the Madhya Pradesh Assembly.The new house rules will prohibit the legislators to submit queries pertaining to communal riots, confidential and other "sensitive issues", reported the Hindustan Times.

The Opposition termed the move as an attempt to "stifle democracy". Assembly principal secretary AP Singh confirmed receiving a no-confidence motion under Rule 145 of MP Assembly Rules of Procedure and Conduct of Business and Article 179 of Constitution by Leader of Opposition Ajay Singh who alleged that the House is being run in a biased manner.

"There were amendments made in the assembly rules to debar Opposition members raising queries, which is an infringement on rights of the MLAs," Singh was quoted as saying by Times Of India.

The Budget session of the Madhya Pradesh Assembly was on Wednesday adjourned sine die due to a ruckus created by the Congress demanding a debate on the "suicide" committed by a woman allegedly married to PWD Minister Rampal Singh's son. The request for the debate was however dropped.

The Congress alleged that the Speaker was "discriminating against Congress members by not allowing a discussion on various issues raised by them in the House in a bid to protect the state government", reported PTI.

The change in the rules was tabled without any discussion with Opposition members, they alleged.

New rule bars MLAs from using "unparliamentary" words once flagged by the Speaker. If a member criticises another lawmaker, he or she should be present in the House to listen to the other person’s response, the rule states.